A Different Perspective: Coming Out as an Atheist 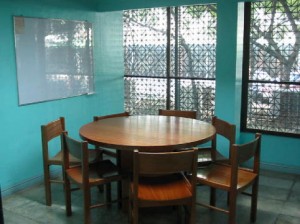 As an atheist, I have kept my beliefs to myself for a long time, because I was afraid what people would think about me. Atheists are one of the most disliked and least trusted groups in America according to public opinion polls.  Because of an obnoxious minority of smug and anti-religious atheists, Christians I don’t even know feel perfectly happy or even justified to question or even berate me for my beliefs, and the Christians who love me berate me and question my beliefs because of concern for my eternal soul.

As for me, I mostly don’t want to talk about it.  I am afraid of the baggage that comes along with the term “atheist.”  I am afraid that to religious people, my atheism is synonymous with the view that they are stupid or, worse, Satanists (a belief held by a not-insubstantial group of people).

I believe what I believe, because, as a social psychologist who studies human behavior, I am aware of and conduct experiments on a variety of judgmental and perceptual biases that are usually great, but lead people astray in certain situations.

This does not make them stupid. I believe that people who believe in the supernatural have many reasons to do so; we’re programmed to see patterns in our worlds; we’re particularly likely to see intentionality where none exists. Look at all the people who act like their pets or even inanimate possessions are people, for example.

We naturally assume that people’s behavior was intentional and reflect underlying traits.  We have a fundamental problem understanding what randomness looks like, we think things are linked more than they are, and we don’t understand covariation. This doesn’t make people stupid; it makes them human.  Of course some people see the caprices of fate and invent a benevolent god who will look out for them and help them when they really need it.  I see nothing wrong or stupid about believing the world is a better place than perhaps it really is.  I just don’t have the same belief myself.  I don’t think of it in terms of who’s right at all, and I certainly am not secretly laughing at people who are religious.

Showing Our Gratitude in Our Tweets

Looking Closer at the Hail Mary: FOR