A Different Perspective: Religion Is Not Bad 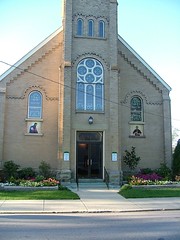 I would argue that religions are desirable, in addition to rather inevitable and predictable. The idea of a divine protector gives comfort to people.  Being optimistic about the future is good.  People who are optimistic are more likely to survive illnesses and live fuller, happier lives.  In addition, religious groups give each other support.  They provide the “village” in which to raise children when families are scattered throughout the country and villages have swelled to cities with populations in the thousands.

Of course, there have been absolute atrocities committed in the name of religion, but religions, particularly the ones I am familiar with, advocate things like fellowship, compassion, kindness, humility, self-restraint, and pro-social behaviors, not intolerance and hatred and violence.  Other justifications have and will be found for war and crimes against humanity.

Why abolish something that can be so valuable, just because it can be used for justifying the evil?  Shall we stop teaching people about honor because people have violently defended it?  Or outlaw families because people might aggressively protect them?

However, people don’t need a religion in order to be good. We’re social creatures.  We live in groups.  In order to facilitate group survival, people need to be helpful, kind, compassionate, and behave in ways that make other people like them and include them in their groups.  Of course there are freeloaders, but we identify and punish freeloaders.  We do.  Similarly, if everyone stopped believing in God, the result would not be anarchy.  And most people are not good people because they are afraid of eternal punishment, but because it feels right to be good.

How many true friends do you have that are unkind, arrogant, selfish, self-centered, greedy jerks?  No one likes people like this.  We know that if we acted like this, people would dislike us, and we all have a fundamental need to be liked.  Sure, there are people that get by acting like this, but they manage to find other means (e.g., intimidation) to get people to include them.

Yes, we need to teach our children how to be good human beings, but we don’t necessarily need religion to do it.  Religion is one good way to do it, but not the only way. Do you have to think to yourself “I better be good, or it’s hellfire and brimstone otherwise”?  Do you tell your kids “be nice or you’ll go to Hell”?  Of course you don’t.  It’s insulting to atheists to be told that we’re bad people, because the threat of damnation doesn’t hang over our heads.  We don’t tell Christians (or at least, if we’re not the obnoxious, smug, anti-religious atheists, we don’t) that they’re actually bad people because it takes divine intervention for them to act like decent human beings.

To put it simply, I am just as put off by jerks as you are. I think murder and rape and robbery and theft and vandalism and envy and arrogance and laziness and all of the other sins and commandments (well, maybe not the idols) are as bad as you do.  I just think that morality and ethicality are not necessarily inextricably linked to belief in the divine.

Next week, Brittany will point out the similarities we share, Catholics and atheists.

The Wisdom of a Rabbit, by Christine Johnson