If our daughter doesn’t have a love affair with horses, it won’t be because we haven’t tried to inspire a love of things equine in her. 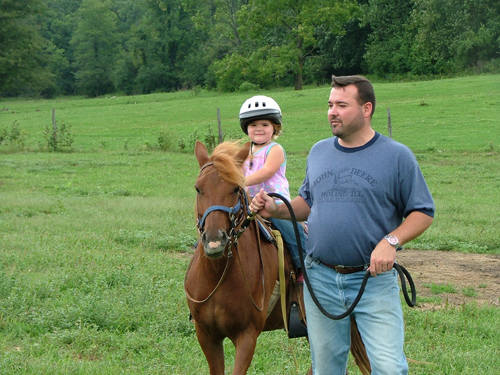 Copper is a well-mannered pony at a nearby farm. Miss Muffet has been talking about him almost daily since early June when we were last there. So last weekend, while Daddy was in tow, we shelled out the five bucks it takes to get a half-hour of Copper’s time, and basked in the horsey smell and shrieky giggles of “He tickles me!” coming from the saddle. 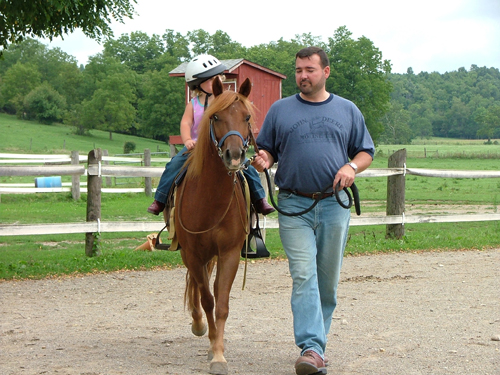 At first, Miss Muffet was not so sure if she liked Copper. A pony may be small, but she’s only three feet tall and it’s a long way down. But Daddy reassured her, and soon had her laughing. 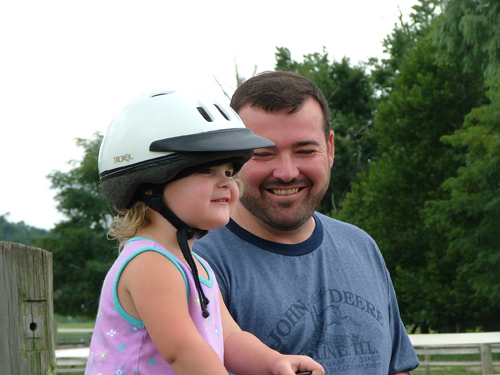 When I was in charge of Copper back in June while Hubby and Cousin were out on the trails (pregnant women, it seems, are discouraged from riding, much to my dismay), I made him walk the entire time. Daddy, however, struck a bargain with Copper: you walk nice around this arena, we’ll go out in the paddock and get you a munch of grass. 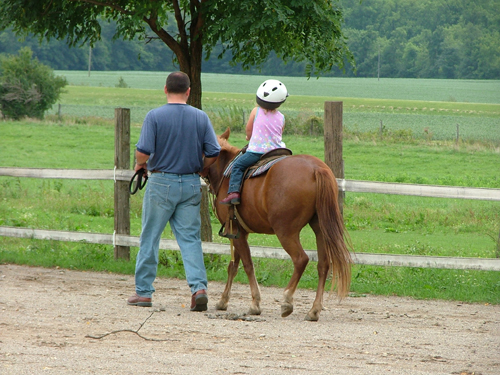 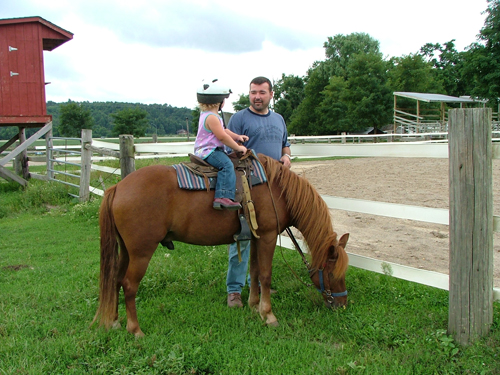 I’m not sure what they were talking about, those three. But it looked to me like there was some plotting and planning going on. 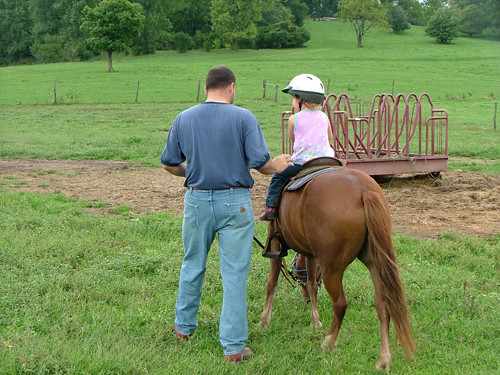 While we do have plenty of ground around our parts for a pony, Daddy had a good point when he said that for five bucks, Copper’s the best deal we’ve come across in a while. Me, I’m a fan of these pictures. It’s possible I’ll be just scrolling through them for a long, long time. I can almost smell the horsey goodness of Copper when I look at them, and I can just about feel the tingle from Baby2 kicking me while Big Sister called out just how much fun she was having. 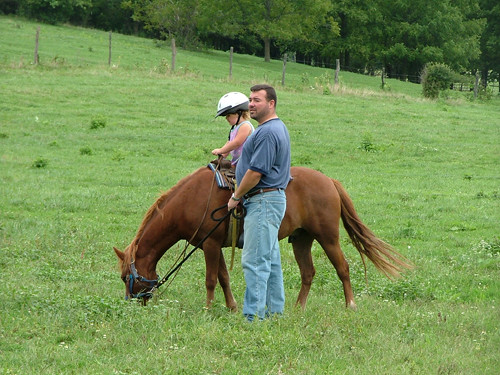 We have a plot to bring my nieces and nephew up here for the best five buck birthday presents ever. Don’t tell my in-laws, OK? I’m pretty sure we’ll succeed at inspiring more horse-love in those girls (and maybe that boy too, he’s got a streak of cowboy-farmer in him that’s about a mile wide), and my in-laws might come after me with their own badly behaved aunt-and-uncle artillery (which includes, among other things, candy and loud toys). 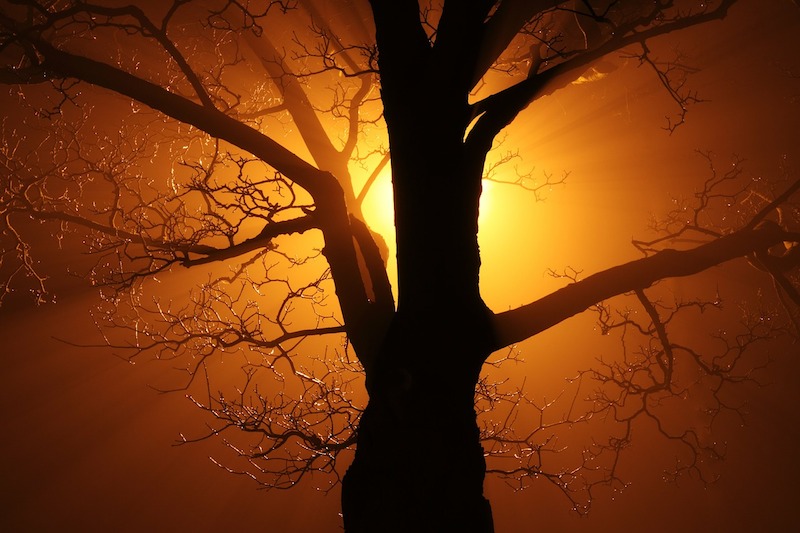