An approach to atheism {An Atheist and a Catholic}

This week, Brittany and I are talking about her approach to atheism, what’s shaped her beliefs, and motivations for doing good. For the background about this series, check out my introduction last week.

Sarah: What’s your approach to atheism and, on the contrary, to religion?

Brittany: My approach to both is to not focus on beliefs so much as actions. I’m more of a humanist than an atheist. My position at Foundation Beyond Belief (a secular humanist organization focused on charity rather than activism or skepticism) is about encouraging and helping local atheist groups with their community service projects. As you know, I’m pretty tolerant of different religious beliefs, as long as we put our values to work in our communities.

Sarah: How have your beliefs been shaped? Why did you choose to classify yourself as atheist (or nontheist?)

Brittany: I wrote a lot about this for your blog quite a few years ago. The short answer is that I tried to force myself to believe, but it didn’t work. I gave it my best shot, but for me personally, cognitive processes like pattern recognition, theory of mind, memory reconstruction, confirmation bias, etc. explain religious belief better than supernatural explanations.

There’s evidence for those things, but no unassailable evidence for the supernatural. I can discount all of the personal accounts with psychological explanations.

And I don’t find “scientists can’t explain X, therefore God” a compelling reason to believe either.

And how do you know which God? What if you pick the wrong one? How do you pick? How would you ever know for sure?

I have no idea, but I do know for sure that being a kind, compassionate, and charitable person will make me happy and leave the world a better place than I found it, so I aspire to do that.

Sarah: If there is no Other beyond the Self, what motivates us (humans) to do good (or Good, as the case may be)? What’s the point?

Brittany: Empathy. We teach our children to care about other people, which promotes cooperation and good behavior.

There’s some emerging research that infants can understand fairness, and as we grow up, we learn more about what’s right and wrong and what’s good manners. Being helpful and caring makes us happy.

Also, some evolutionary psychologists speculate that cooperation and kindness might be instinctual. It’s kind of a chicken-and-egg problem that believers and nonbelievers approach from different directions.

Nonbelievers think that people created an Other to explain the inexplicable and to keep other people in line. Almost no one believes that they’d murder someone if it wasn’t against the law, but atheists get asked all the time why we don’t murder people. Or steal. Or cheat. It’s the same reason that any good person doesn’t do those things. It’s wrong, because it would hurt someone else.

There’s also some research that shows that people project their opinions onto their gods. If you change their mind about something, God’s mind changes, too. This is why I’m not too concerned about religion and conversion, by the way, because I trust people to be good. And good people believe in good gods. Believers think that the good comes from God, nonbelievers think that commandments and the golden rule come from good people.

That’s our conversation for this week. Next week, we’ll cover why and whether it’s necessary to be “free” from religion. 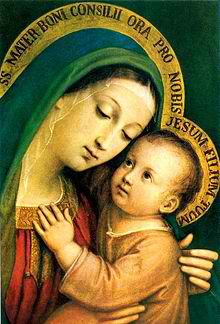