An Interview with Ellen Gable, Part 1

Today, I’m excited to share the first part of a recent interview that Ellen Gable, author of Emily’s Hope (which I reviewed here). Hope you enjoy this!Ellen, I so enjoyed Emily’s Hope when I read it. Tell us a little about what inspired you to write it.
What inspired me to write the book was my desire to share the Catholic Church’s teachings on sexuality and marriage. As well, my husband suggested that I write a novel telling the parallel stories of both myself and my great-grandmother.

This is a personal question, I suppose, and if so, feel free to ignore it. I’m curious, though: was any of the book biographical? Can you share the challenges you faced as you wove in your own story to Emily’s Hope?
Most of the book is semi-autobiographical. I did, however, change names, amalgamated characters and added events for continuity. Many of the events of my great-grandmother’s story are true as well, and I spent hours speaking with my mother about her parents and grandparents.

Initially, my editor and I had some disagreements about how to proceed. She encouraged me to make Emily the mother of five daughters instead of five sons, to make her tall instead of short etc. Because I was a new novelist, I decided to write what I know because I felt that it would be more believable that way.

Tell us about your writing experience, Ellen, and how you came to write a novel. Over the last 16 years, I have written articles and essays for various Catholic magazines and websites. However, I had never written fiction until I sat down to write my novel.

Years ago, when I was researching my family tree, it intrigued me that my great-grandmother only had two children at a time when most families had six or seven or more children. Of all my ancestors, I found her story, in particular, to be fascinating and I always felt a connection to her.

My husband initially suggested that I write a novel. My first thought was, “What a great idea! How hard could it be?” I soon found that writing fiction was more difficult than writing non-fiction. In fact, when I finished the first draft of my novel, I excitedly showed a page or two to my husband. He read it, then bluntly said, “You’re not going to let anybody read this, are you?” In hindsight, he was right and I’m thankful he was honest with me. It was awful writing, full of cliche, repetitive wording and poorly structured sentences. At the time, I was disappointed and disillusioned enough to put the manuscript away for an entire year.

The next summer, I decided to approach it in a more organized manner. I wrote a rough outline, asked a priest (who was a friend of ours) if he would serve as my spiritual director for the novel. Then I made a commitment to sit in front of the Blessed Sacrament on those days that I was going to write. My desire was to write a book which introduced and explained the Church’s teachings and I wanted to incorporate it into my own (fictionalized) story. I realized that I would need spiritual direction/assistance in that area.

Nine months later, and working late at night after my children were in bed, I had finished a new and improved draft. I hired an independent editor to edit my novel for plot, characters, writing style. I enlisted many of my friends to be the first readers to critique my novel and offer their feedback. I hired a copy-editor and proofreader.

I then researched publishing options. I soon discovered that most major Catholic publishers would not publish Catholic fiction unless I was a well-known author (which I wasn’t). My husband and I decided to self-publish my book since this was based on a very personal true story and I was concerned that other publishers might want me to change the essence of my story.

One of the things that most struck me as I read Emily’s Hope was the application of Catholic principles in real life. I haven’t come across this very much in fiction. What challenges did you face writing that way?
The main reason I decided to share my story and my great-grandmother’s story was that I wanted to illustrate the teachings of the Catholic faith (most importantly, regarding sexual morality) and the concept that following God’s laws leads to happiness. With our culture’s wide-ranging acceptance of immoral practices such as contraception, abortion, premarital sex and pornography, many people do not realize that true happiness and peace comes from living life as God intended, not by feeding vices and passions. As someone who has led both a life of faithfulness and a life of dissent from Church teaching, I can say that I am happier and more at peace than I have ever been.

In terms of challenges, it was difficult trying to find just the right measure of explaining Catholic doctrine without sounding preachy. Some reviewers have found my novel too preachy, but I wrote it specifically to evangelize. As well, some people in the writing community believe that preaching and teaching should be left to non-fiction books, but I disagree. Jesus used parables to teach about the faith. I think novels are a wonderful way to evangelize.

The second part of this interview will be posted on Tuesday. In the mean time, you can find out more about Ellen and her writing at her author’s page at Full Quiver Publishing.

A Slim Volume with a Lot to Say 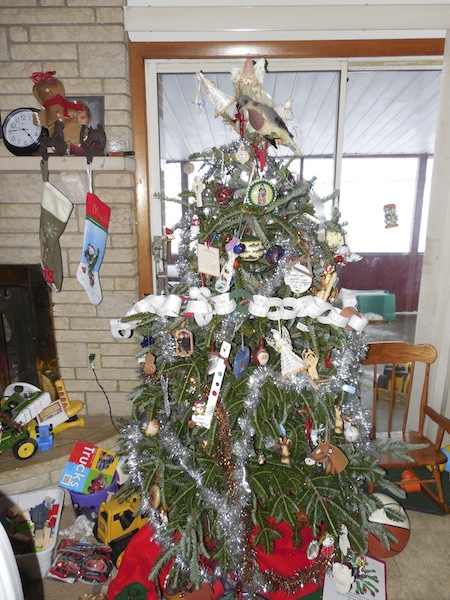 Snuggling in for the winter