Another Reason to Love John Wayne, Thanks to The American Catholic Almanac 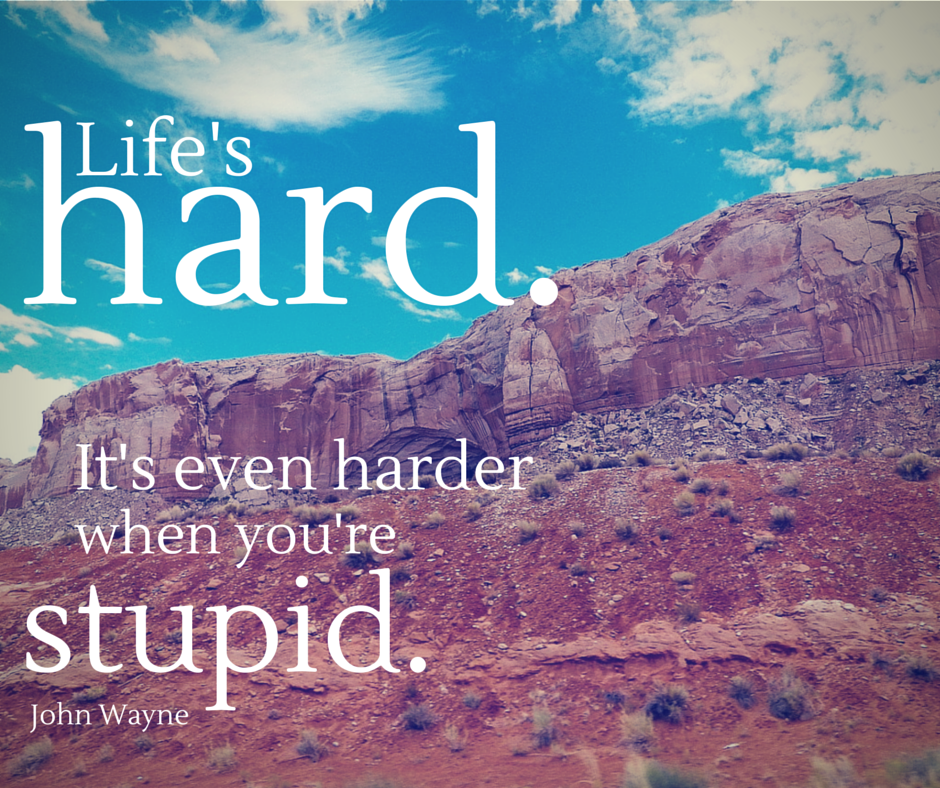 As I was cruising through my new favorite book, The American Catholic Almanac: A Daily Reader of Patriots, Saints, Rogues, and Ordinary People Who Changed the United States, I came upon the April 7 entry, entitled “The Duke.”

When asked about his religion, John Wayne usually gave one of two responses. Either he claimed to be a “presbygoddamnterian” or a “cardiac Catholic.”

Now, my husband has endured his fair share of my reading aloud from this particular book, prefaced by an innocent interrupting-of-football, “Did you know XYZ was Catholic?”

But when I came to THIS entry, I knew a few things with certainty.

1. I would be returning to it.

2. My husband would be reading this book.

Now, you should know a few truths of my life.

Truth #1 of the Reinhard Household: My husband does not view reading as a leisure activity quite the same way others in my household do. He reads for work. He reads for information. He reads because he has to. When he has free time, it’s not spent with a book.

And we love him despite that. (Given how fast he reads, this still grates on me.)

Truth #2 of the Reinhard Household: We shall watch and love John Wayne in all his appearances. My kids regularly ask if Daddy will watch John Wayne with them. When she was about five, my oldest said she wanted to go to Texas because John Wayne and all the horses were there.

(We had to break it to her that John Wayne died. We haven’t been able to convince her that all the horses don’t live in Texas, though.) 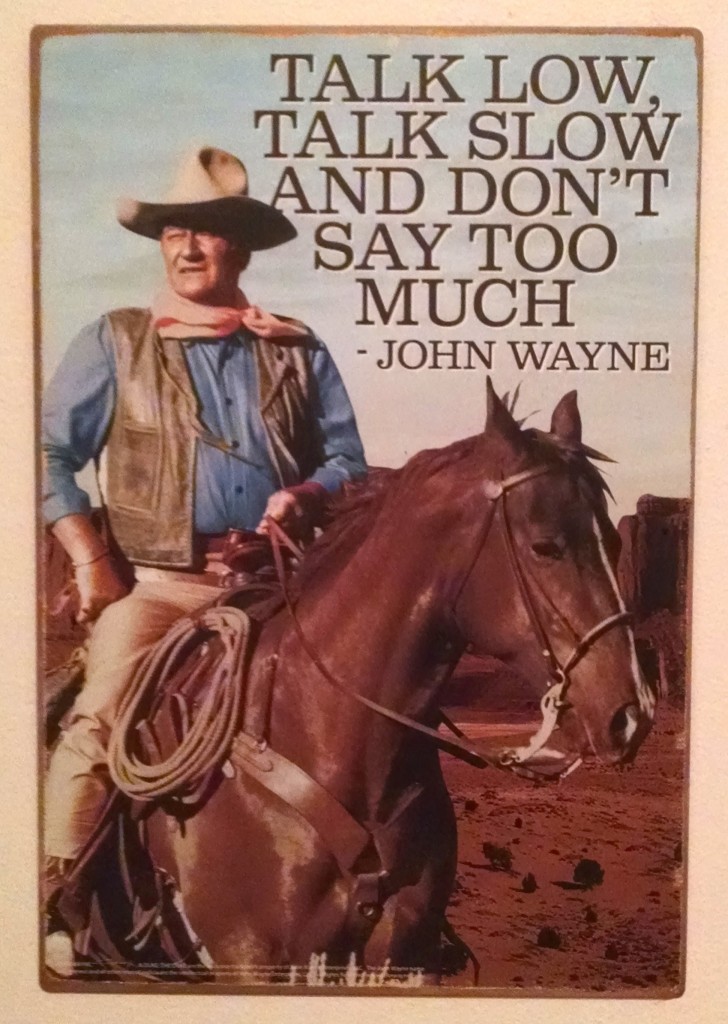 Yes, this really hangs in my bathroom. And I like it there.

The Almanac gave me one short page of more fascinating information about John Wayne than I might have learned anywhere else, in part because of the Catholic focus.

John Wayne was Catholic? (Um, oops. Bit of a spoiler alert would have been in order, eh?)

Well, technically yes, but he was a deathbed convert. Here’s another tidbit that caught my imagination: one of his grandchildren became a Catholic priest.

Wonder if he’s available to have dinner…

It’s that, finding out that he was Catholic, we could relate. We related before. But now we were all ah-ha! about it. 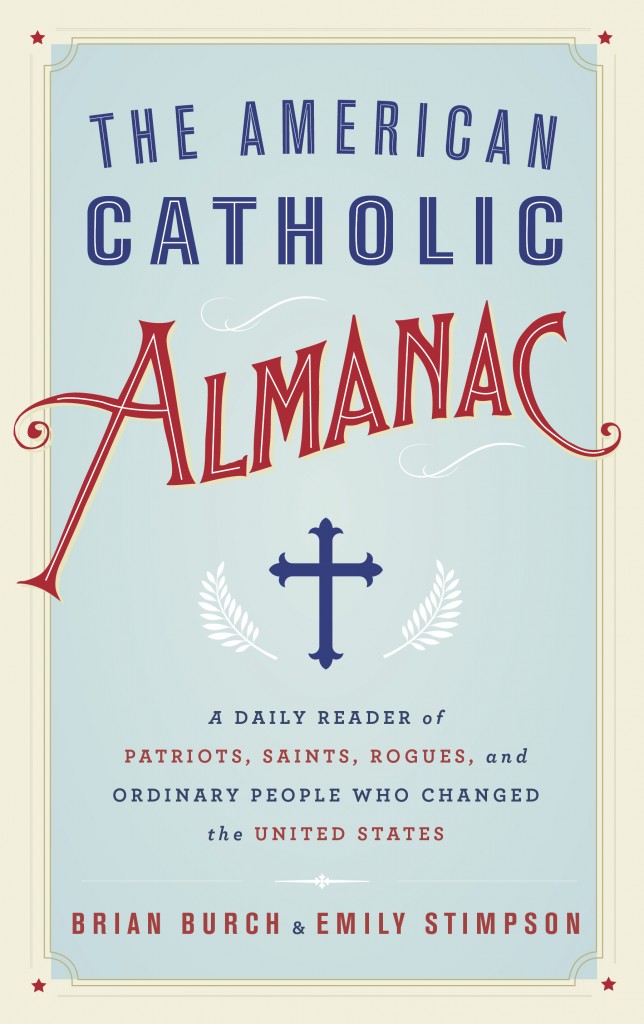 What The American Catholic Almanac does is brilliant. One page per day for one person.

None of the people highlighted are stuffy or boring. Most of them are either (a) people I hadn’t heard of or (b) people I didn’t know were so stinkin’ interesting. Even with the people who are so well-known as to be patrons of my kids, I learned interesting facts that made them more human.

And the history I’ve gotten out of this book! I can only compare it to when I read The Frontiersman many years ago at my husband’s behest.

I’ve never been much of a fan of history. It was nothing but boring in high school, so I skipped it in college.

In the last 15 years or so, I’ve learned more from great stories than I ever learned in high school history, and I think The American Catholic Almanac would be well placed in a history classroom.

Thanks to The American Catholic Almanac, I’ve had a taste. (In the interest of full disclosure, I’m not all the way through the book. Though I will be soon.)

This isn’t a book for the bookshelf. It is, however, a book to share and reread and quote. It’s a book to learn from and be inspired by.

And in case you’re interested in winning a copy, we have a great giveaway over at CatholicMom.com through Friday, October 3, 2014. 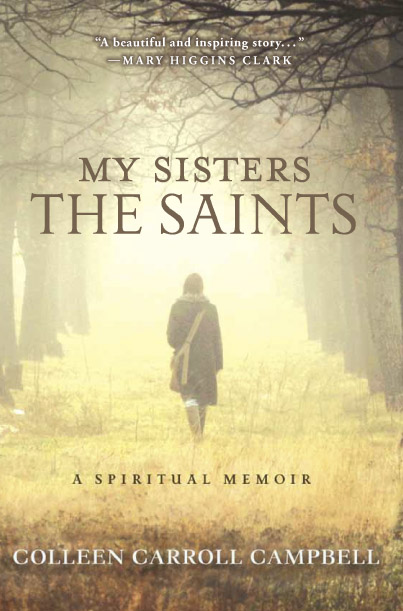 My Sisters the Saints: A Book Review 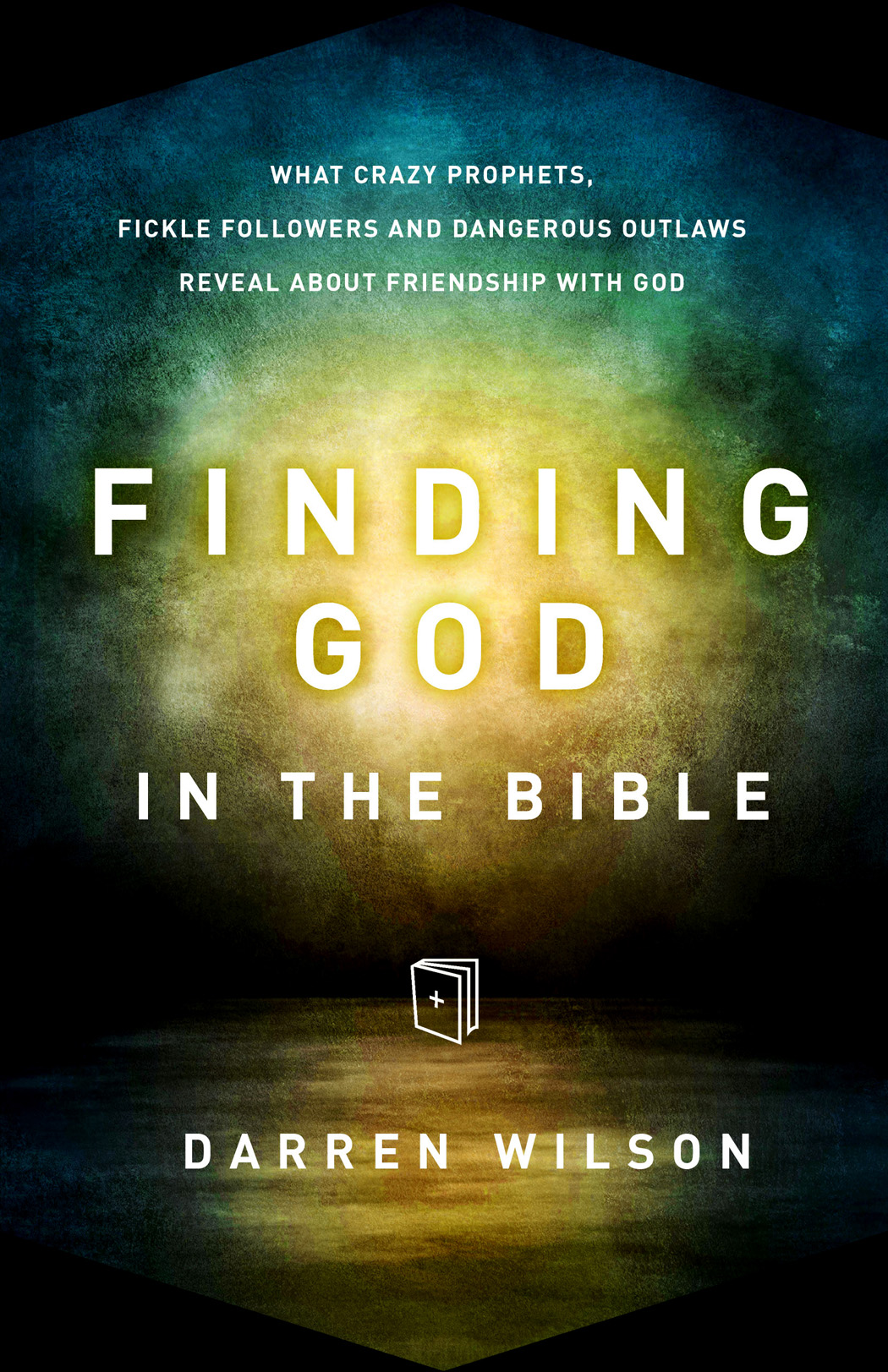 What do you mean, God’s in the Bible?