Outside my window: Black. Dark. Not a hint of day, though I know it won’t be long. The forecast, though, is calling for an October day worthy of breathing deeply and capturing in person.

Around the house: It’s silent, but that’s about to end as we begin our day.

What I’ve been writing: This week, I’m putting the finishing touches on my pregnancy book manuscript. Yesterday, I made some surprising progress and I have hopes for today.

In my kitchen: The light is on above the counters, and that’s the only light on right now. It makes me feel hidden and silent: just me and my coffee.

In my thoughts: What is my most important work? I am trying to accept that there is only one set of things I do that’s important, and I had a savage reminder late last night of just how passing the rest of the work I do really is.

In my plans: Editing and writing and the dentist, and that’s just today. I’m taking it one day at a time, lest I get overwhelmed with all that needs done (which includes, but is not limited to, the fact that Christmas! is! coming! (and I always flirt with hating Christmas)).

In thanksgiving: For the big hug of a small person.

In my prayers: A friend’s family and their grief.

Nose inserted: Breathing Under Water: Spirituality and the Twelve Steps, by Richard Rohr

A favorite thing: The color of my coffee with a splash of half-and-half in it.

Food for thought: Lead a life worthy of the calling to which you have been called. -Ephesians 4:1

Worth a thousand words: Courtesy of an aunt who loves pictures almost as much as she loves the subjects of said pictures

Want to grow in your faith? Here’s a book for you! 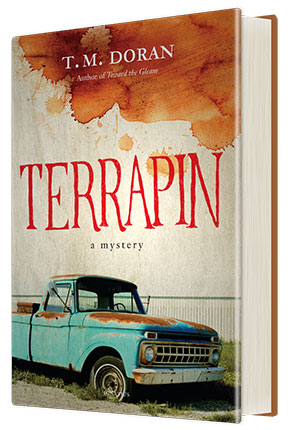 A Novel I Enjoyed: Terrapin

Finding Faith in a Skeptical World