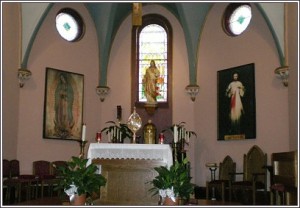 That attitude didn’t stop me. It didn’t keep me from being baptized and confirmed at the Easter Vigil ten years ago.

And that, I believe, is because of the grace of God.

For me–and for most of us, I think, if we’re honest–my conversion story has many phases. The actual process of becoming Catholic at the Vigil Mass was both an ending and a beginning.

It was the beginning of the rest of the story, and for that, the sacramental life of being Catholic has been extremely helpful. 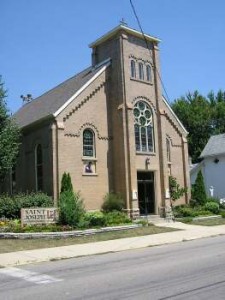 Ten years ago, I was single. Today, I’m married with three kids.

Ten years ago, my sponsor was only my boyfriend. Today, he’s my husband.

Ten years ago, I was employed full-time at a large John Deere dealership as a marketing manager. Today, I work from home, kids underfoot, and I even go so far as to call myself a writer.

That step I took on the evening of April 14, 2001, was the first of many steps. In a small way (small because of the immensity of my ego), I trusted God.

And wow, what a ride it’s been!

What led me to take that step in 2001, to become Catholic? I think that‘s really the question people want answered when they ask me to write my conversion story.

First, I became curious. What was this church that could entice my boyfriend to have to attend, as opposed to anything else (including a date with his lovely girlfriend)?

Then, I found that this version of Christianity could meet me with logic. With books. With reason. With any answer I looked for, even if I refused to do anything more than just attend the RCIA classes. (“If this church is so good and it’s so perfect, then I shouldn’t have to read. Take that, God.” And take it he did. All the way to now.)

I found myself so moved at each Mass I attended that it both concerned me and made me want more. I was sobbing uncontrollably, but somehow, I was feeling more free.

It disturbed me that I couldn’t explain the tears that seemed to ambush me at every single Mass. And yet, I kept going back. There was something powerful going on, and it was more than just ritual.

Through it all, my husband (though he was my boyfriend, I knew that either I would marry him or never get married) never pushed. He never prodded. He just stood there by my side, holding my hand.

He didn’t judge me for being slow at accepting his faith. He didn’t ask me if I would join his church.

His faith and his belief was unwavering, and even though he knew he was right (in theory, anyway), he never pursued it. His silent witness was, perhaps, the biggest selling point of all.

In the conversations we would have–very few of them were about faith matters–I was struck by how he looked me in the eyes. His expectation for our relationship was so different than what I had come to expect from men. There was no hidden agenda or other purpose.

He just enjoyed being with me. And, since I respected him, I couldn’t just blow off his faith.

I think that Jesus must have been the sort of man my husband is. He must have looked women in the eye and spoken with gentleness. He must have seen them as beautiful and enjoyed being with them, no other purpose than to listen and interact.

What led to my conversion? The short answer, after ten years of reflection, is my husband.

Anyone else celebrating ten years in the Church? What led you home to Rome? 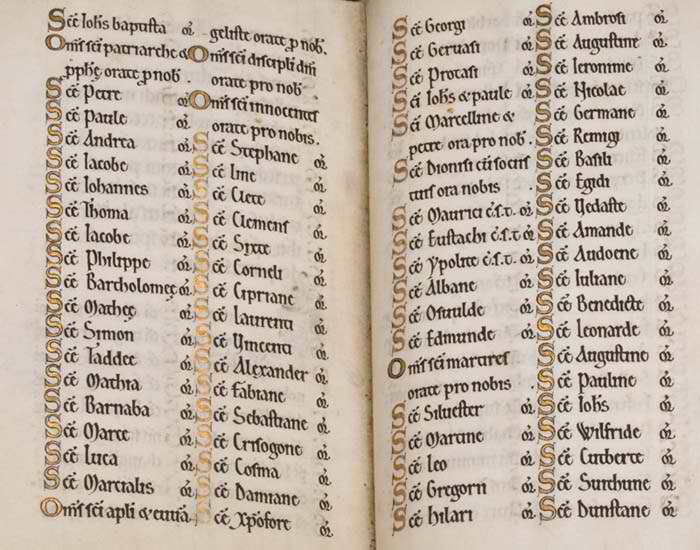 The Loveliness of a Personalized Litany 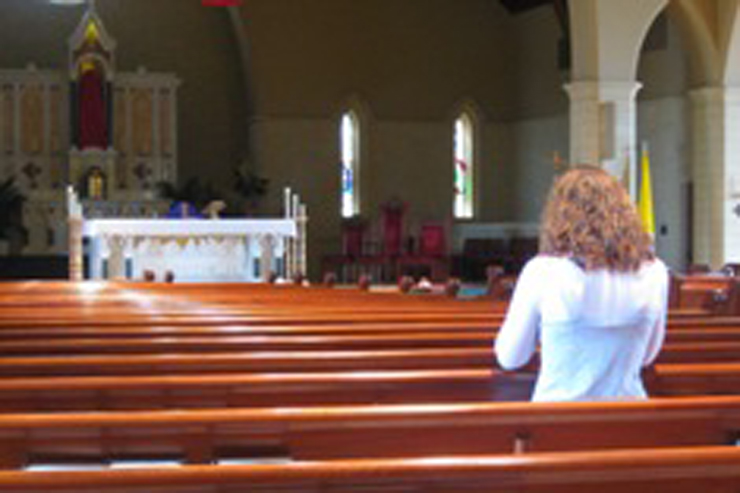 Sometimes, You Just Have to Be Still