Causing My Own Sleep Deprivation

Posted by Sarah Reinhard | Inspired by the Virgin Mary, reflection | 0 |

Note: I wrote this back in July and as I was wandering around through my journal the other day, I found it. I’m sharing it here, though it’s a bit out-of-date (my Adoration hour has changed since the birth of the baby and the dog is now an outside dog, much to my relief), because Adoration is one of the things in my life that CANNOT BE SACRIFICED. It’s as essential to my well-being as the food I eat. So, with that, here you go…
***

I used to scoff at sleep. My motto in college was “I’ll sleep when I’m dead.” I was blessed to not need much sleep and I could operate at a high level of sleep deprivation.

And then, in quick succession, I had kids, I got older, and I realized how better life was when seen through eyes less baggy than before. Now I’m OK with eight hours a night and I aim for it. Sleep may still seem like a big waste of precious time, but without the recharge, I’m so much worse off mentally and physically.

The little miracles I’ve experienced that bring me to God each week, that allow me an hour to sit at His feet like Mary while Martha takes a break, are even more amazing to me when seen in light of my own laziness and reluctance. Each week, if all the electronics go as planned and I’ve remembered to set it, my alarm goes off at 3:30 AM. But there’s a whole set of miracles – at least one-third of the time, I forget to set the alarm or it doesn’t go off. And yet, I’ve not missed my time because of that except once, in May. Another one-third of the time, my toddler daughter has been up or needs me and I’m away from my bed when the alarm’s doing its job – except I’ve usually been up and going. Something will wake me up, these two-thirds when the alarm is just a plastic box on my bedside stand. A clap of thunder, my husband rolling over in bed, the dog thunking off the couch he’s not supposed to be on, something inexplicable that just wakes me up. I have been attributing it to my guardian angel and I often say a little “Hey, help me out in the morning, will ya?” before I zonk out at night.

Getting me up is only the first part of the battle, though. Miss Muffet’s sleeping better now that she’s older, but a year ago, when she was 18 months old, it seems her sonar knew just when I was leaving the house. And then the adult in the house who DOESN’T operate well with sleep deprivation has to hold down the fort. Now, I may be the one getting in the car and sitting at the church, but he’s as much a part of making this recharge possible as me. Never once has he suggested I drop it. I’ve not heard a complaint issue from him in the almost two years I’ve had this 4:00 AM hour of Adoration.

Once I’m moving, the challenge of getting to church and hanging with JC for an hour is nominal – it’s a delight and a joy, really. The struggles are in the getting there…and in the later part of the day.

You see, sometimes Miss Muffet’s sonar still goes off and she’s up when – or shortly after – I get home around 5. Other times, I don’t go back to bed, running off the adrenaline of my hour with God. Somewhere about 3-4 PM, and then around 7-8 PM, I’m really needing ALL the graces of that hour, because I can morph into a grump of enormous proportions. And inevitably, it’s all OK. It all works out. And I’m better for the sacrifices I’ve (often grudgingly) made to leave the comfort of my bed for the wood pew of my church. 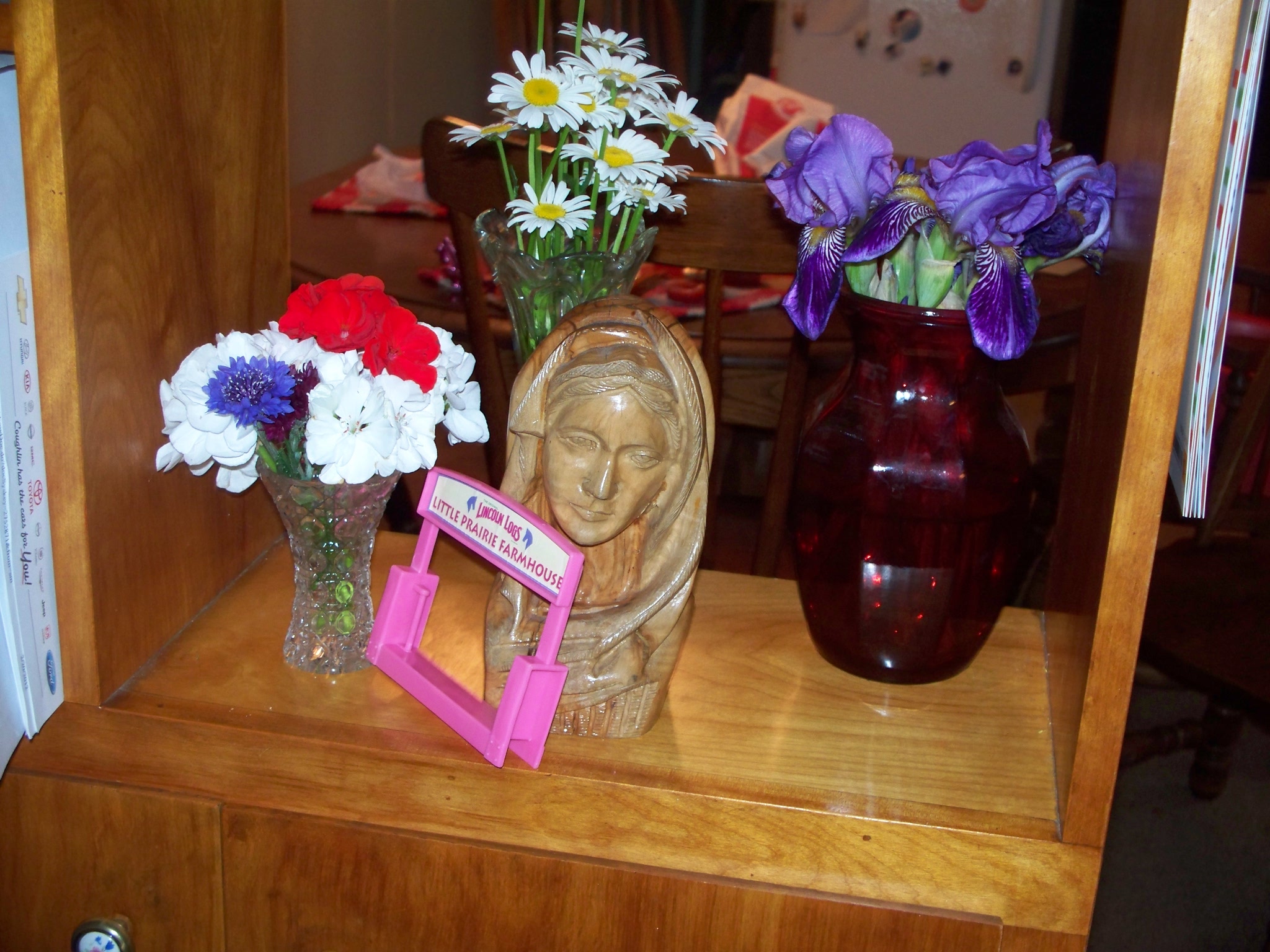 Mary in the Crazy Busy Chaos

Letting Mom Do What Moms Do