Celebrating Our Lady of the Rosary…and an Interview

Posted by Sarah Reinhard | Books, Inspired by the Virgin Mary, interview, Word by Word: Slowing Down with the Hail Mary | 0 |

Before I share this essay about the rosary to celebrate today’s feast of Our Lady of the Rosary, I want to just thank Kathryn Jean Lopez for asking excellent questions and sharing her interview of me over at Aleteia today.

Kathryn’s interview was a conversation begun back in May…and which I lost in my inbox…and look! Here it is. And what a day to reread my answers and realize that it isn’t ever about me, is it? ;P


Lopez: How does Mary guide you daily?

Reinhard: There are many days when I wish she would just show up and give me a list. That would be easier. And also much more satisfying. As it is, I have to rely on the fact that the Hail Mary is my go-to prayer and that by turning to it, whether right after I see my overflowing sink or my out-of-control inbox or hear the kids leaping off the couch or of a family member’s illness, she is walking with me. I can only hope that I feel her little nudges and that the end result of each day is slightly better as a result of my following her gentle tugs and suggestions.

Read the entire interview at Aleteia.

Now, let’s talk about Mary and the Rosary, shall we? 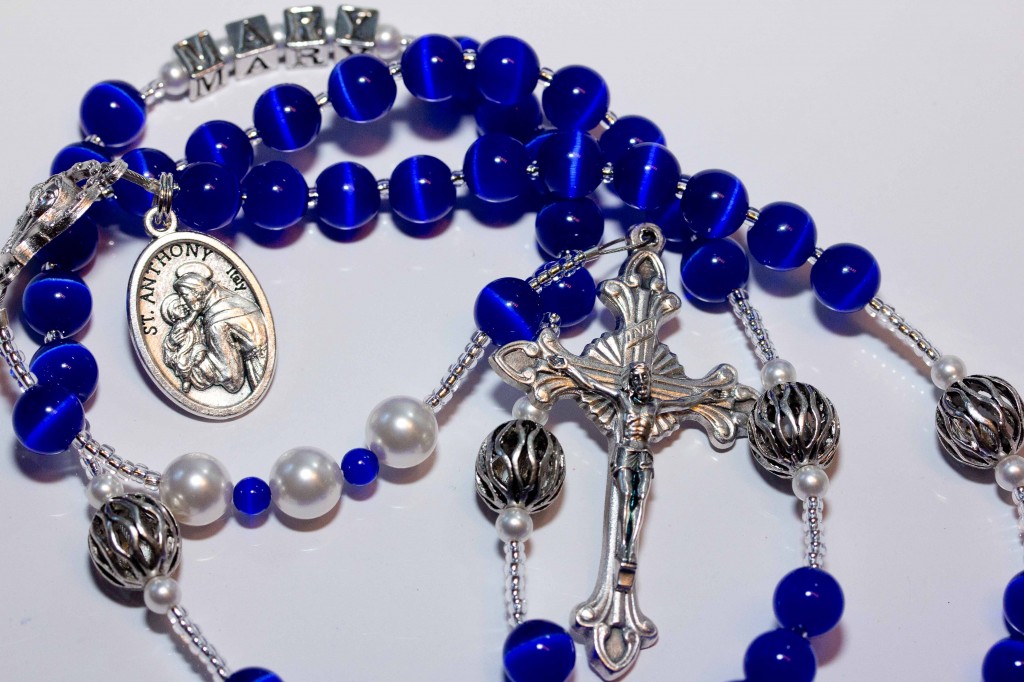 Holding on to Mary’s Hand through the Rosary

I was broken. I don’t know how else to describe the person I was when I sat in the church on Mother’s Day 2000. As Father preached ⏤ in his usual, ordinary way ⏤ something in me just snapped. Slowly, the tears started flowing. It didn’t take long for the crying to grow into sobbing, complete with snot and gasps. I had to leave the sanctuary.

Sitting on the choir steps, in the tiny vestibule, I couldn’t even wonder what was wrong with me. On the ride home, my boyfriend never asked what was wrong. He didn’t crack jokes or try to make it better. His mom, who drove with us, chattered about the spring weather, the lovely day, the breakfast menu.

I look back on that day as a turning point, as a time when I was touched. In the following months, I would begin RCIA classes at our parish and then, at the following Easter vigil Mass (2001), be baptized and confirmed.

As a new member of the Catholic Church, there were many “secret handshakes” that baffled me. There were a lot of questions I didn’t even know I should ask and a lot of things I didn’t learn until I was hired as staff at our parish a few years later.

Prayer was an area that was particularly interesting to me. I was comforted by one prayer in particular: the Hail Mary. When I couldn’t find the words to ask for comfort, to look for guidance, to thank God for his generosity, the Hail Mary waited as a 41-word answer, a prayer easily remembered and poetic to say.

I learned it with a rosary in my hand during a difficult time in my boyfriend’s family. I sat on the bed in my apartment, awkwardly holding the beads and squinting down at a prayer booklet. I felt like I was failing at a new sport at first: I lost count on every decade and found myself mentally wandering off even though I was unfamiliar with the prayers and was trying to remember what mystery I was supposed to be meditating.

The rosary became a support I’d use during difficult times, long drives, or sleepless nights. I didn’t start trying to pray it daily until after the birth of my first child.

Something about seeing that small face, knowing what I hoped was not in store for her through her journey through life, feeling so very blessed to hold her in my arms…all of it coalesced into a fire inside me, one that demanded action. Of course I would pray for my child and the world. How could I not?

The only prayer that seemed right was the rosary. I was imperfect and distracted in my praying, but though I wavered between praying it daily and giving up on it every so often, I learned it.

I learned it intimately, in my heart. The mysteries each became a step I took with a good friend, a journey through my Savior’s life while I held His mother’s hand.

And I failed. Oh, how I failed.

I’d try to keep track on my fingers and lose count, adding an extra Hail Mary or not saying enough. I’d get distracted and just forget to finish it. I’d feel overwhelmed by the time commitment and just give up, not praying it at all.

Mary stands beside me as Our Lady of the Rosary, and she smiles at me the same way I smile at my four-year-old struggling to learn to make letters. She was given the title after appearing to Saint Dominic in 1208 in a church in Prouille, France.

Later, in 1571, Pope Pius V declared a feast in honor of Our Lady of the Rosary because of the miraculous win of the battle of Lepanto. He had asked Christians to pray the rosary for a win. The odds didn’t look good: the Turkish fleet should have been guaranteed to win — they had killed nearly all the men defending the Malta fortress. Pius V sent his fleet out to meet the enemy, even as the prayer warriors pleaded for Mary’s prayers by way of the rosary, and, incredibly, they won.

This story, which has the feel of a legend, makes me think of the power of prayer, and especially of the rosary. It’s so easy to take it for granted, to see it as just one of many things I should be doing.

In the rosary, I find myself going to a place that’s a common ground for both of us, God and I. He was there, in those mysteries, and He’s still there. Mary walks with me as I pray, turning what could be rote and repetitive into a way to keep my easily distractible mind occupied and open to the touch of grace.

Is it enough just to pray?

Yes. Yes, it is, especially when I’m holding on to Mary’s hand through the rosary.

If you love the Hail Mary, or you’re looking for a way to slow down in prayer, you might be interested in Word by Word: Slowing Down with the Hail Mary, a bestselling compilation of essays that encourage you to pray the Hail Mary one word at a time.

Mom to Mom, Day to Day, by Danielle Bean

The Eternal Revolution (Thoughts on Orthodoxy) 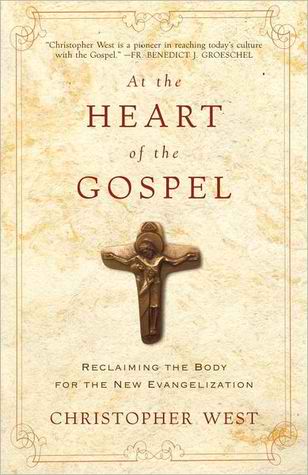 Using Theology of the Body for New Evangelization