The weather has finally turned. The other day it was nearly summerlike, and the daisies were the heralds of this better weather. 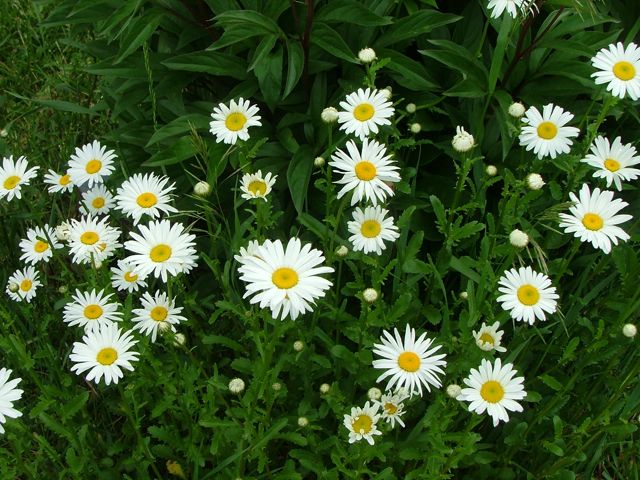 There they are, anywhere I’ll refrain from mowing them, blooming in their smiling way. I have some in the far bed, where they started, a few by the Rose of Sharon on the other side of the house, and even more nestled in by the peony. I can see most of them from my kitchen window, and my resident flower arranger cannot resist them. (Neither can I.) She brought me a clump of them, and I made sure they were in a little cup right there on the sink.

Then, the other day, the first day the weather’s been nice for what feels like months (it’s really been more like weeks), we played outside. I fed the baby her dinner in the stroller, and Miss Muffet rode her bike in circles, telling me my role in her world.

Then my future playwright disappeared and came back triumphant, a fistful of daisies held out to me.

Thanks to the Daring Book for Girls, I knew just what to do with daisies. In fact, I’ve always wondered how to make daisy chains. I didn’t waste any time sending her back for more.

It started as a crown… 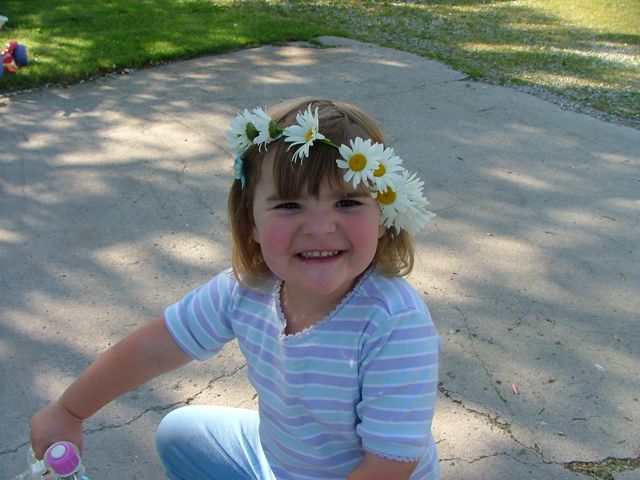 and then became a necklace… 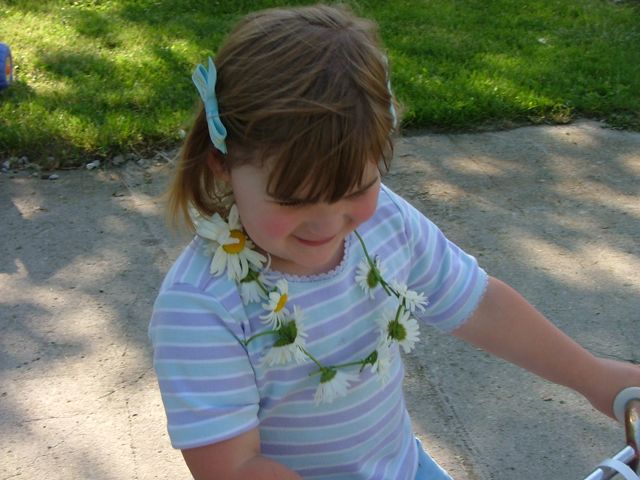 and then was just too much work to keep lugging around… 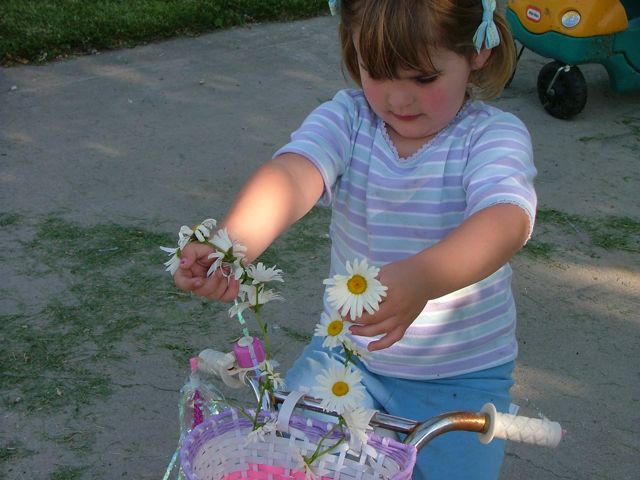 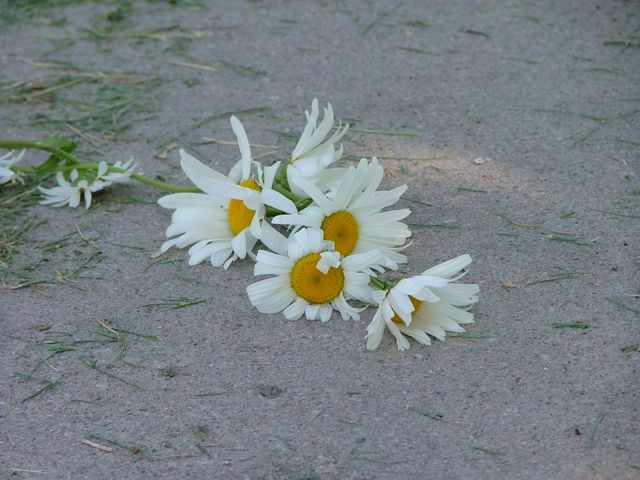 If you have girls (or if you are or ever were a girl), the Daring Book for Girls is a book you should check out. I read a review a few months ago that pointed out that there’s nothing feminine in it – you won’t learn how to sew; you won’t get pointers on babysitting or childcare; you won’t see “typically girl” stuff in this book. And, after some consideration, that’s OK with me. When I was in the age range this book is targeting (I’d guess 8-12), I wouldn’t have read those sections – I never had any desire for children and babysitting was more a punishment from my parents (or a last chance moneymaking opportunity) than something I enjoyed, and though I’d like to know how to sew now, I’m pretty sure I would have ignored anything put in my way sooner than last year.

This book has the useful stuff I would have devoured, and that I DID devour. I received it as a Christmas gift from the guy who has his finger on the pulse of cool gifts (I also received the Dangerous Book for Boys, which I am going to read next). We had given copies to two of our nieces, and I’ve been informed by one of the younger nieces that SHE would like HER OWN copy. (I’m on it!)