Room to ramble:
I haven’t done a daybook in a few weeks, and I just felt like doing one today. I was offline most of the weekend, so my Online Retreat reflection for Week 28 isn’t up — isn’t yet written, actually. I haven’t read blogs since Friday, but thanks to the slimming down from a few weeks ago, it will only take me a few days to get caught up (and if it takes more, oh well). I’ve had time this weekend to read and to dig into the office organization project, to make some trips to Goodwill and to plot and plan in my head what’s next. We basked in the sunshine this weekend and I feel rested going into Monday.

In thanksgiving:
For sunshine. For the end of March. For spring. For wasp killer.

Kitchen meanderings:
This weekend threw a wrench into my cooking plans, but that’s OK. I’ve tweaked the beginning of the week and nothing will go in the trash that was supposed to be cooked. I am going to need to get my copy of Saving Dinner back from the friend who borrowed it, because I want to try the spring recipes…I’m itching for something a little different.

Nose inserted:
I’m on chapter 4 of Dave Ramsey’s Total Money Makeover, but it’s not Lenten reading, so it’s for Sundays only (but not every Sunday, because I didn’t read it this week). I’ve given up on one of the books I had slated for Lent…now’s just not the time. That leaves me reading Emily’s Hope, by Ellen Gable (Catholic fiction), which I need to finish soon, along with The Love Dare and The Glories of Mary. I’m hoping to start

Folded hands, bowed head:
For those special intentions I’ve been asked to remember, and which my guardian angel is keeping safe (since my memory will lose them lickety-split)

In my ears:
I’m listening to some Dave Ramsey talks (see a theme?) and then I’ll catch up on podcasts (though I’ve slimmed down there too, and it’s quite delightful to have room to play and explore!). This weekend I discovered, quite by accident, a new podcast: Science Fiction Theater. I don’t consider myself a sci-fi buff, but this is set-up like old-time radio. I thought it would be all one show, but it turns out that it was a few. I really enjoyed it (and fast forwarded through the music segments, which made me feel a little too sappy).

Around the house:
We’re right on the cusp of having to get ready…but we’re not quite there yet. Babs is in the other room, watching TV and I think she just started on some new drawing and writing projects, because she came in to get some new white paper. Toddlerina’s still asleep, lunches are made, my bag’s packed and ready to go…we’re in waiting mode (which is when I usually blog).

For the rest of the week:
Oh, it’s just a regular week ’round these parts. 🙂 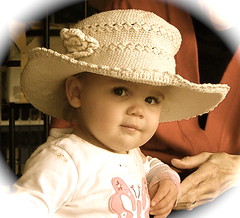