The Difference the Cross Makes #LawnChairCatechism 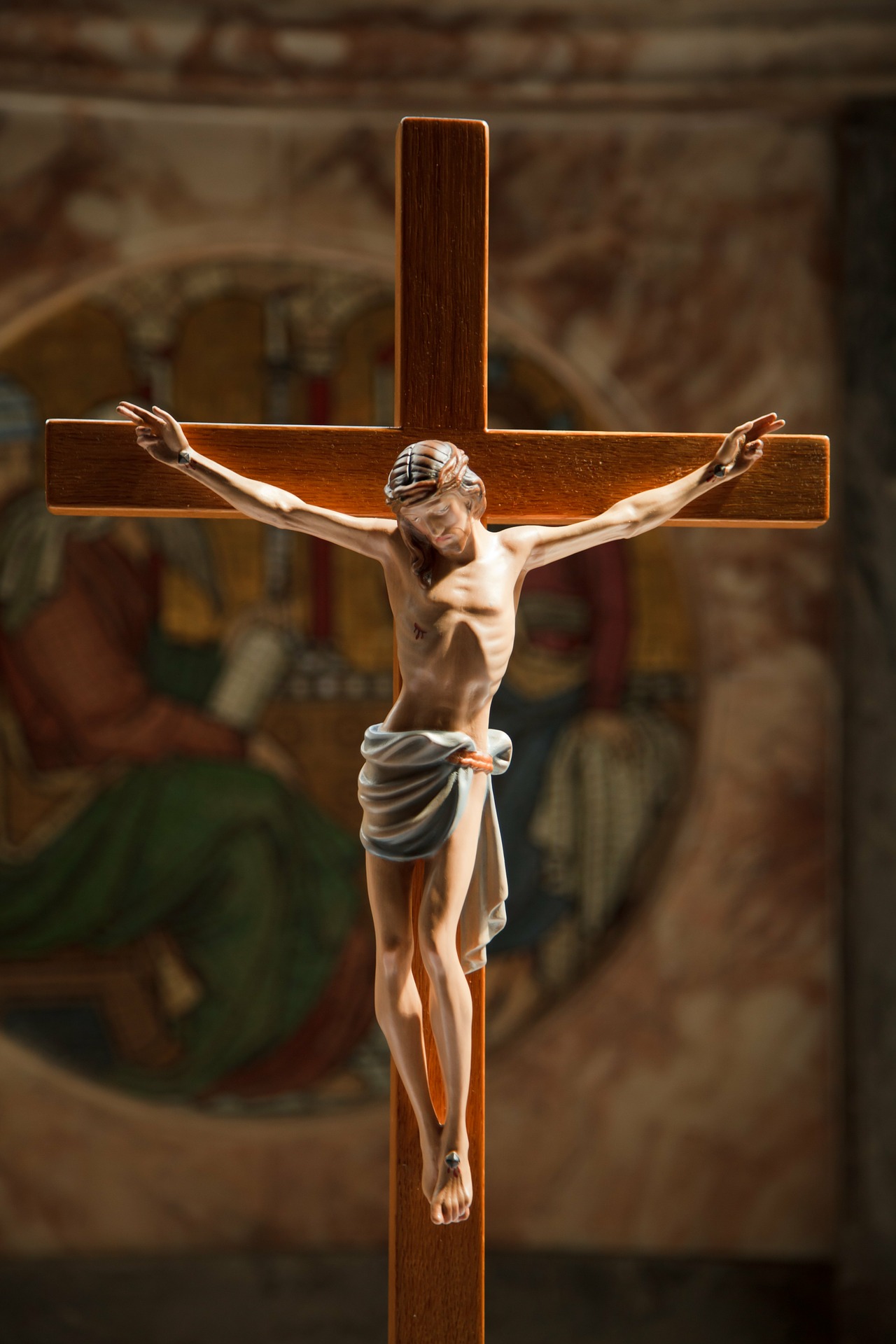 Last night during our Bible Story time at Vacation Bible School, we talked about how the Israelites fled Egypt after the plagues, and the significance of the lamb’s blood on the doorway of the houses.

“That blood told the Angel of Death to pass by,” I told the different groups. “And that’s not so different from how Jesus’ blood was shed for us.” 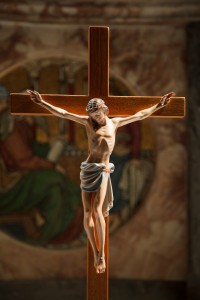 After I expounded on it for about two more minutes, we said a prayer, adjourned for the night, and the kids left to their next station.

Except with the group of older kids, the ones going into fourth, fifth, and sixth grade. One of the sixth grade boys, not to be dissuaded from my comparison of Jesus with the lamb that was slaughtered to protect the Israelites during that first Passover, raised his hand.

“Doesn’t that make us cannibals?” he asked, his face screwed up in concentration. “If we’re eating Jesus’ body and drinking his blood, aren’t we…eating a human being? Aren’t we cannibals?”

Well. As it turns out, and as a handful of adults who have assisted in my classes will tell you, this is a topic I can go on and on and on about.

“Yes,” I said, watching his eyebrows unscrunch and jump to the tippy top of his forehead, “it does. We are really eating Jesus’ body. We are really drinking his blood.”

Another hand, a different boy.

“But how?” he asked before I even fully made eye contact.

There’s nothing like some Eucharistic talk to get the boys right on board, I tell ya.

We had about a three-minute discussion of John 6 and why Jesus lost a whole bunch of disciples over this very idea. I mentioned that during the miracle of the Mass, the bread is transformed into Jesus’ body and the wine into Jesus’ blood. (These were kids going into grades 4 through 6. They’ve heard this at least once or twice before.)

“But it still looks like a cracker!” one of the other boys called out. (He couldn’t help it.)

“Yes, it does,” I agreed. “And the whole idea is super gross.” I caught the eye of a girl who was squirming in the back row and smiled. “I mean, dude! This is disgusting! We’re eating a person we love!”

(I didn’t have time to really go into it. When I teach about the Eucharist normally, I really dive into this and expound on how the verb in John 6, where Jesus says, “Unless you eat my body…” translates as gnaw. I mean, it seriously IS gross at about a level 1000.)

“And yet,” I continued, “that’s what he asks us to do. Just like he asked the Israelites to put the blood of the Passover lamb on their door posts. That was pretty over-the-top too, but after the week they had just witnessed, with all of those plagues, it must not have seemed like much. It’s how they kept their sons safe.”

The Eucharist is how we keep our souls fed. We must never forget that.

So what difference does it make that Catholics believe in the Cross of Jesus? Without the cross and Resurrection, we have no hope. There can be no self-help books when it comes to salvation. We ourselves are incapable of overcoming death. The fact that Jesus conquered death is the source of all of our hope. We have nothing to fear because nothing—not even death—can separate us from the greatest gift of all: the love of God in Christ Jesus. We have been sealed.

I can’t do it alone. That’s hard for an independent do-it-myself-thank-you-very-much junkie to admit. I’m still struggling with that, and God hears it (and sees it), believe me.

There’s nothing so scary, so terrifying, so bone-chillingly impossible as what I witness in the Cross. There’s nothing I can’t do when I am in its shadow.

And for you, the you who is reading this, shaking your head, maybe smiling or groaning or rolling your eyes. (Or maybe you’re drinking coffee. In that case, you get a toast from me.)

The Cross makes all the difference. If not for the Cross, we would still be slaughtering lambs.

Join the Lawn Chair Catechism conversation at CatholicMom.com. This week we’re discussing Chapter 5: The Bulldozer: Sin, Salvation, and the Cross of Jesus. 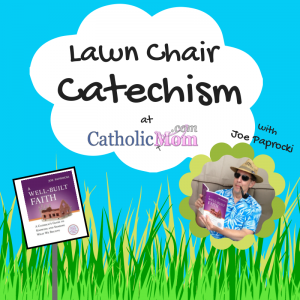 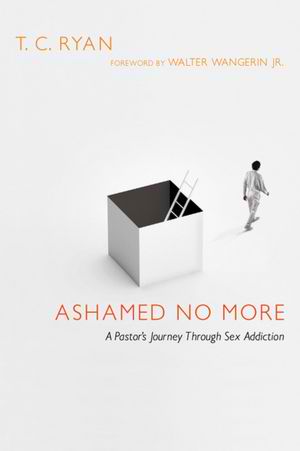 Ashamed No More: A Book That Got Me Thinking 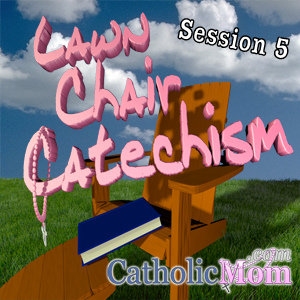 Grace is amazing, and so much more #LawnChairCatechism