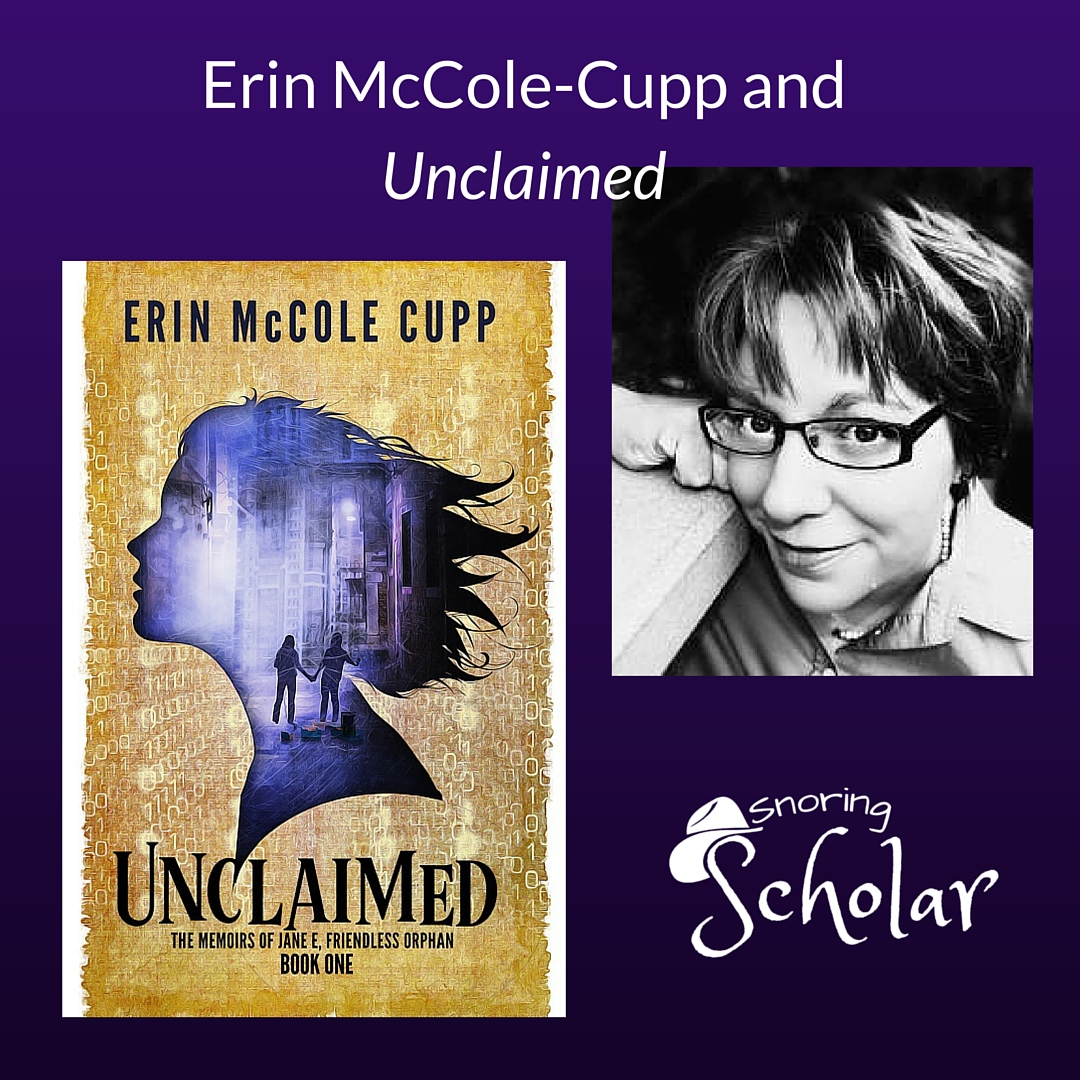 Unclaimed, by Erin McCole-Cupp is the first in a series that has an interesting history.

Or it’s interesting to me, anyway, which means I’m going to share it here. 🙂 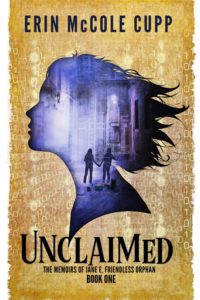 McCole-Cupp self-published a book quite a few years ago under a different title. The story was much the same. She revisited it, including the editorial process, and decided it was better as a series of shorter books.

Confession: I skipped out on the original.

Additional confession: I was smitten with the first installment and am waiting eagerly for the second!

Not so long ago, I found myself reading Jane Eyre thanks to CraftLit. I had read it years ago, but wow: I forgot a lot. A LOT. (Um, almost all of it.)

With that freshish in my mind, I picked up my e-reader to devour Unclaimed. The nod to Jane Eyre is there, indeed. It’s a dystopian take on the story, and, in the way of good dystopian novels, it feels all-too-possible. In fact, when I reread it, I’m sure I’ll appreciate it even more.

You see, here’s the problem: Unclaimed is engaging and unputdownable. McCole-Cupp grabs readers, sucks them into her world, and makes Jane E a part of your heart. 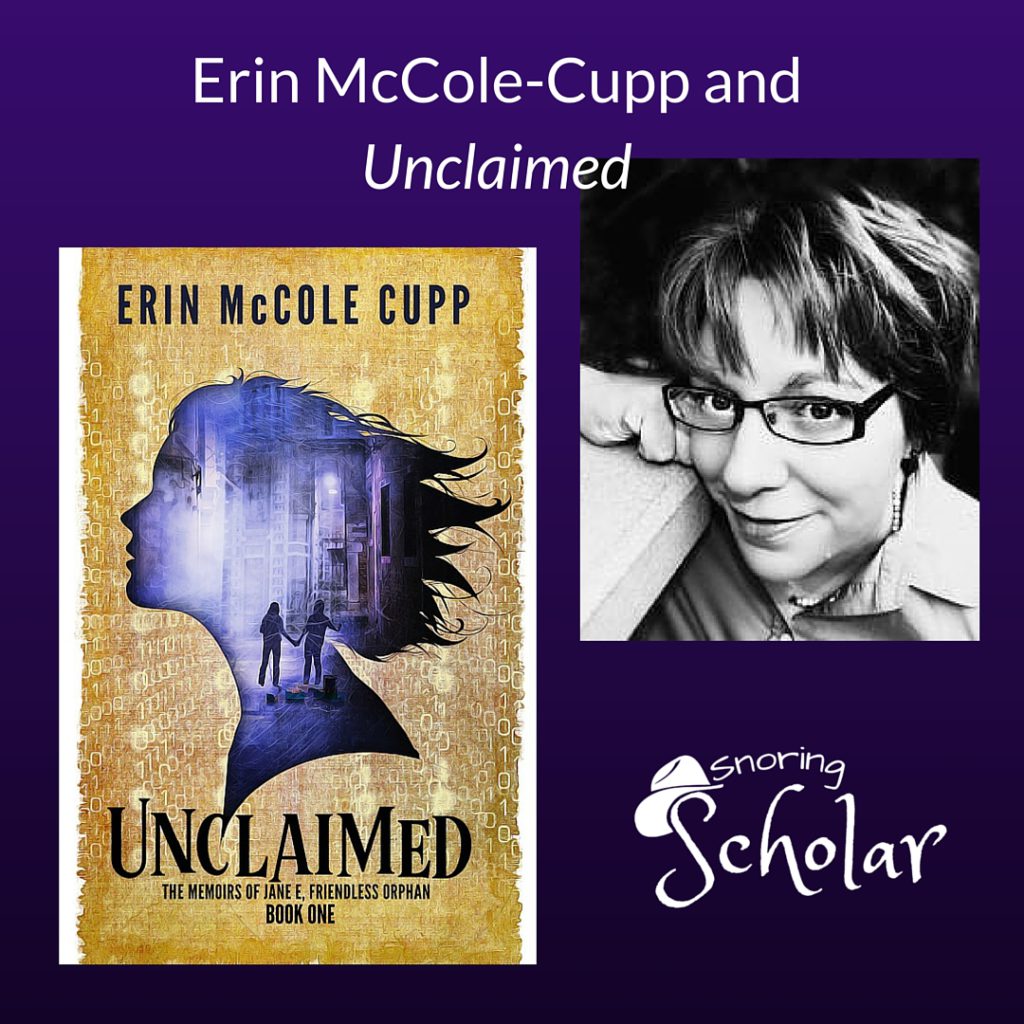 Maybe it was that I had been so fiction-starved that I couldn’t read it at a nice pace: I whipped through it and then found myself…waiting. Wanting more. Full up of good reading and OK with continuing that.

Born not in a past of corsets and bonnets but into a future of cloning and bioterror, could Jane Eyre survive?  This Jane is an “unclaimed embryo,” the living mistake of a reproductive rights center–or so her foster family tells her.  At age ten she is sold into slavery as a data mule, and she must fight for freedom and identity in a world mired between bioscientific progress and the religions that fear it. What will happen to a girl without even a name of her own?

I couldn’t resist reaching out to Erin with a few questions about Unclaimed. 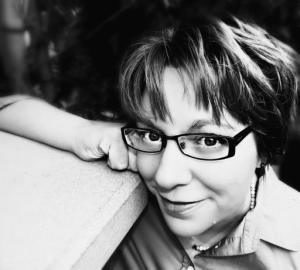 I understand that you wrote Unclaimed as part of a larger work quite a while ago. What made you go back and rework it? Tell us the story of reviving this already published work.

I just think (“hope” might be a better word) that maybe, in terms of marketing, it’s easier now to reach out to geeky readers who like both science fiction and more classical lit-rit-cha, thanks so social media platforms, my small but mighty blog following, and so on.

I’d already been thinking of re-releasing it as a single book and getting a fresh cover, having it available in hard copy as well as electronic format.  However… it’s a long book when taken all in one slice! Jane’s story (mine as well as the Bronte version) also divides itself naturally into three parts: her early years, her developing relationship with her employer, and then everything that happens after that relationship catches fire, for lack of a better term (and those of you who’ve read Jane Eyre know of which I speak).

I figured that by breaking it down into smaller portions, a reader could take a chance on Book 1 (Unclaimed) without the commitment to some giant tome.  Of course if you want the giant tome, that’s still available.

What was the most challenging part of this process?

Making the decision whether or not to let my own 12-year-old daughters read it.

I wrote it before they were born, and it was released when they were two.  I strive to protect their innocence as much as humanly possible, because, once that’s gone, there’s no getting it back.

While Unclaimed and all of this Jane’s story errs very much on the clean side, it’s still edgy and deals with some more mature and complex themes.

In Unclaimed, the main characters must experience the effects of child abuse.  In the next two books, they’ll face issues of how a changed definition of marriage might affect relationships on a microscopic rather than macro level, and what happens when free speech is so marginalized that communication within different faith traditions suffers.

In the end, my husband and I decided to let them read it… well, really, I asked them to “proofread it” for me, so we could really call it homeschool!  They didn’t find any typos or mistakes (so if you do, that means you have keener eyes than my two oldest kids!), but the older one has already started pestering me about how soon I’ll let her read the next parts.  The younger one hasn’t asked yet, but she plays her cards close on everything, so I’m not sure how to take that.

What did you learn that you weren’t expecting in the midst of starting this?

Honestly?  That the Pray app is really helpful in getting me to actually finish praying a novena.

How do you think the story in Unclaimed speaks to modern readers now as opposed to when you wrote it?

While I humbly admit that I missed guessing the way that touch screen technology came into nearly universal use so much earlier than I assumed it would, what scared me the most in looking back at Jane E’s story was how much has come to pass already, and I was placing the action of the story about 65-90 years into the future from now, 2016.

The spread of war and poverty across the globe, the ways in which they spread, our ever-widening psychic disconnect with biology, the complete redefinition of what it even means to have something as basic as a body… when I wrote all this in the early 2000s, I honestly thought I was just coloring in a nearly-worst-case-scenario that was very unlikely to happen.

I’m trying not to worry that things will get even worse than they are in Jane E’s world.  I think that’s why dystopian is so big right now: we see—or at least intuit—how disconnected we as a culture have become from our own humanity, and writers and readers are holding up our books sort of like picket signs, pleading with each other to see human personhood as it really is, not as what we feel like making it.

My faith tells me the victory is already won, but down here, marching out to whatever trench awaits me, my children, and my children’s children… I’m not going to lie.  It’s scary.

When can we expect Book 2 to come out? (Yes, I’m nagging. In public. In front of everyone else…)

Nag away! It gives me hope!  Book 2, Nameless, is scheduled for release on October 7 (feast of Our Lady of the Rosary), and I’m hoping Book 3, Runaway, will be available on December 6 (feast of St. Nicholas, patron saint of children).

Anybody who wants a chance at an advance review copy of either of those, please sign up for my newsletter!

You can learn more about Erin at her website. Her books are all online (and worth reading).
Follow my blog with Bloglovin 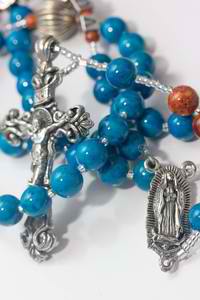 Tips from the Rosary Challenged 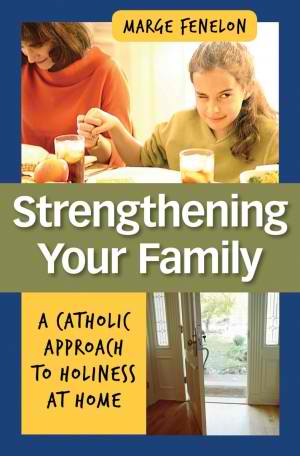 Strengthening Your Family: A Review