It’s cold and flu and whooping cough and staff infection and nasty stuff season around our parts. Germs + new baby = recipe for staying home, much to our dismay. Though we have a fabulous back yard and lots of land to run on, Miss Muffet is just a little too young to leave her unattended. Yesterday, though, during one of the baby’s naps, I took her out into the gusting sunny afternoon, and we played, played, played. And, since it’s been a while, we also took a trip down to the barn, to visit our friends the ewes. Breeding season is over, and now they’re just hangin’ out. 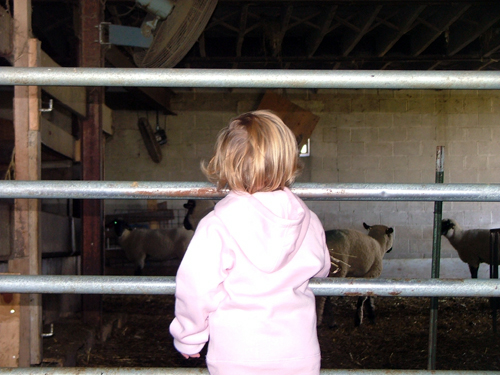 We went up to the fence, and Miss Muffet held out a handful of hay. The ewe who had been standing right there walked away. 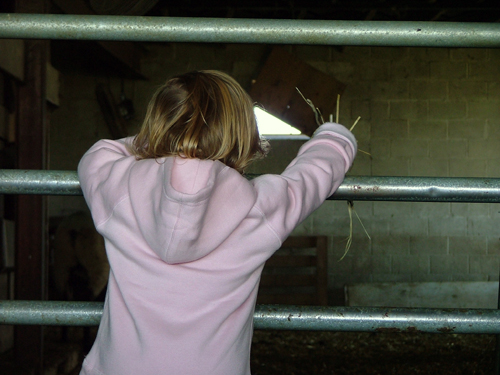 And so, because it works with other scenarios in her life, Miss Muffet hollered at them to come back. 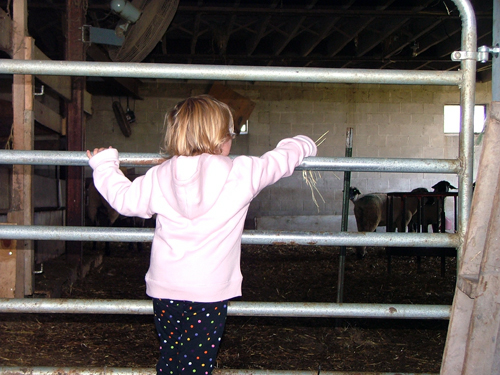 They weren’t having any of it. They were headed out to the field. 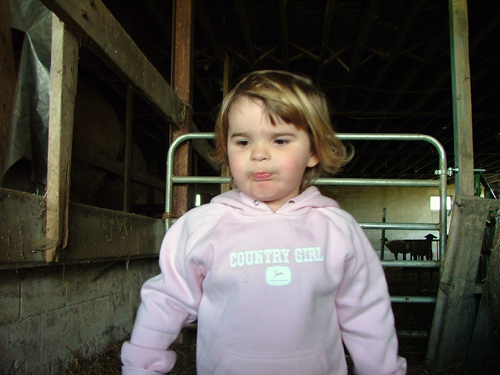 What’s a girl to do? Never one to sulk for long, Miss Muffet saw her opportunity, and we climbed up into the feed bunk (our barn was originally designed for cattle – apparently this bunk thing is pretty nifty and novel, though hard for short sheep to feed out of – my brother-in-law’s had to get a little creative, though the sheep are getting bigger through the years and it’s less of a problem). 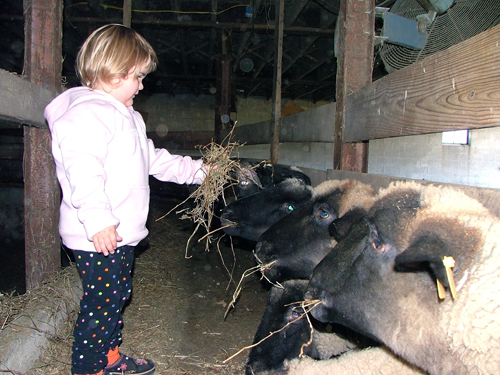 And, once we were in the feed bunk, the sheep came stampeding back into the barn. 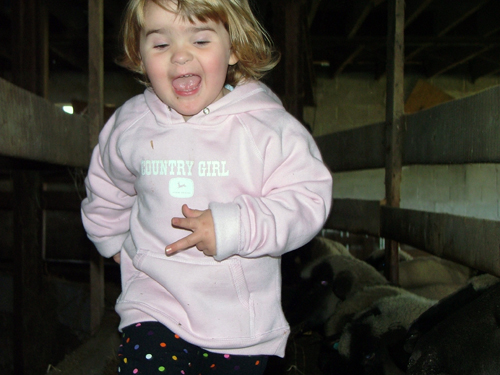 That’s what we were wanting! 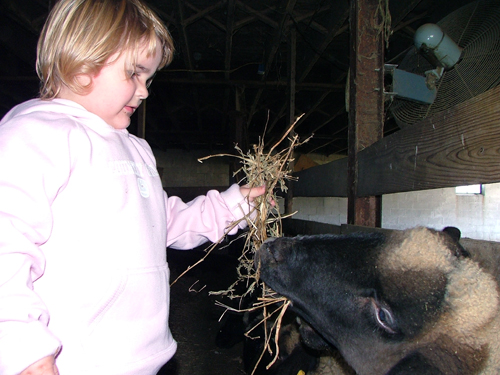 Look at this ewe – she’s mowing down on the hay. You’d think we never fed them. (Well, we rarely do. But my brother-in-law’s over here every morning (and some evenings), giving them plenty of hay and corn!) 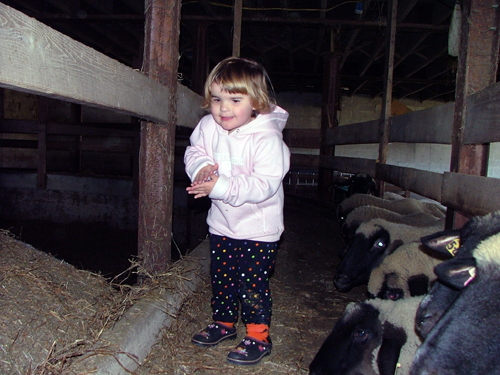 Miss Muffet rubs her hands together in delight (could there be some conniving?). And I start to wonder how much hay we can give the ewes before I need to erase evidence of our field trip, lest my brother-in-law get irate that we threw off his feeding program. 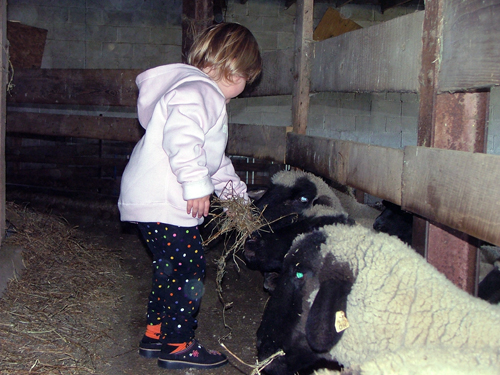 Those ewes are sure friendly now, aren’t they? So you see, when you come to visit and see the sheep, friends, this is why we take you up into the feed bunk. 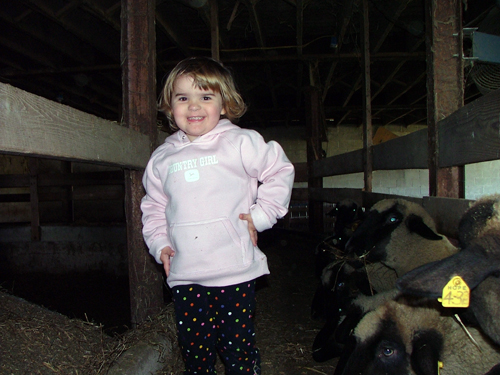 And this is the end result I’m looking for!

Living in the Now

Why They’re My Favorite Fair Pictures