Giving Up, Giving In, and Giving Back

I love Lent. That’s not an uncommon feeling in the blogosphere, at least the blogs I read, and it’s thanks to those blogs (and the podcasts I’ve been listening to lately too!) that my understanding and appreciation for Lent has grown recently.

Lent has always been a journey for me, a chance to discover and to be made new. It’s hard to believe I’ve traveled this path as a Catholic for eight years.* Every year, it feels fresh and needed, and I expect that, with the right mindset and my continued failings, it will continue to be that way.

Back when I taught third grace CCD,** we used to emphasize the three areas of fasting, prayer, and almsgiving. It’s so common to hear about people giving things up for Lent, and I’ve also found it’s common to hear about people who have given up giving things up. Thanks to those third graders and the years I spent teaching CCD, I learned to think of Lent as more than just giving up a favorite food (which was how I was raised thinking about it). Thanks to Father Pat’s ongoing catechesis in our parish and the Catholic blogosphere, I’ve come to appreciate Lent for the desert it can be and Easter for the oasis it should be.

This year, I’ve been thinking of Lent in terms of giving up, giving in, and giving back. Last year, I didn’t give anything up – there was no fasting from anything, in part because I was just lazy and I didn’t feel inspired (and, I’ll admit, I just didn’t think about it far enough out). And I felt the lack of it. I missed fasting; I missed the physical reminder of Lent. But I couldn’t get over something Father said sometime (and I’m sure he has said it more than once) about how the fast should lead you closer to God. For example, if I’m giving up my lunch addiction to McDonald’s, that $10-20 a week should go to benefit the poor.

Giving in to God’s will, to his call to me to more fully live my vocation as wife and mother, friend and sister, aunt and woman, has meant that this year, in that time of day that has a hex marked all over it, I’m going to pause and pray. Evenings are NOT my time of day – I’m a morning person through and through – so why haven’t I put together that I most need God in those hours of the evening and that the best way to bring him into it would be to pray? The realization started dawning on me when my new Adoration hour fell to an early evening hour and it continued when Jennifer wrote about her reckless experiment with prayer. So I find myself, this Lent, giving in to God’s call to me to let him drive, and I’m going to give back those difficult evening hours to him through Evening Prayer.

I also find myself with some interesting reading this Lent: I’m going to finish St. Faustina’s diary (started last year at Lent) and read Mother Teresa’s new book. I might tuck some fiction in on the edges, but I want my Lenten reading to draw me closer to God, so there’s a bit of giving up and some giving in.

The giving up, giving in, and giving back – my cutesy version of prayer, fasting, and almsgiving – all intertwine. Lent isn’t about one or the other – it’s about all three.

May your Lent be filled with many blessings, my dear friend. May you find God as you journey with Jesus through his Passion to his Resurrection.

*I joined the Church on Easter 2001, and I count Lent 2001 as my first Catholic Lent. (And WHAT a Lent it was. Perhaps I’ll share it with you someday.)

**CCD (which stood for Children’s Catholic Development in our parish and which we now call PSR – Parish School of Religion) is Catholic Sunday School, for those of you who aren’t Catholic.

In Honor of Lucas 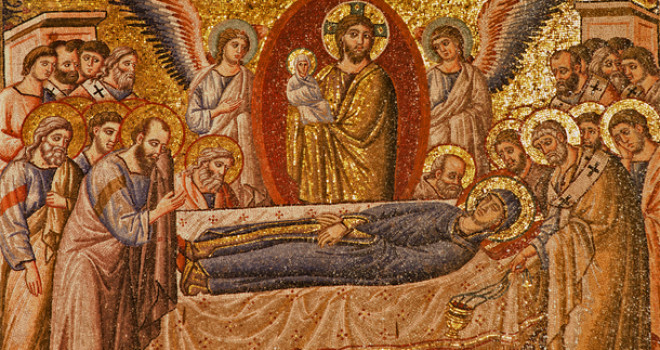 The Weaving of Sin