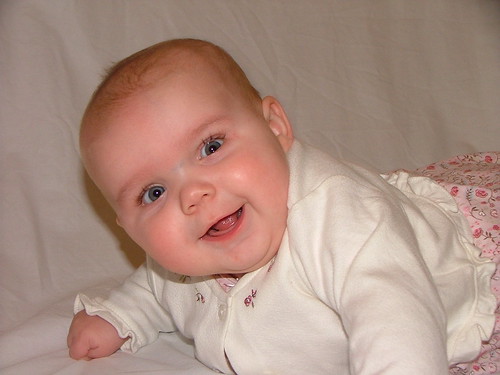 Easter Celebration and Egg Hunt (in which they planned for 100 kids and had 20 attend, and in which dear friend gave Miss Muffet all of her chocolate (which was thoughtful, as she’s allergic and can’t eat it), and in which Miss Muffet consumed at least half my body weight in sugar-ables)
+
Fun with Friends before Mass (in which two small girls wrangled one small screeching baby as a crazy sleep-deprived woman tried to snap pictures even while wheedling them into their dresses so we could go to dinner before Mass)
+
Easter Vigil (worthy of its own post, not least of all for the comment by an unnamed three-year-old during the Consecration silence to the tune of “Is it over yet?!?”)
+
The Crud Cold (complete with croupy cough and raging sinuses)
+
Things Undone, and UNdone, and UNDONE (the lists goes on…and on…and ON)
+
Lots of Candy Consumption (by everyone in the house)
+
Egg Fashion Shows
+
New Easter Shoes
+
Starting Two New Books (FICTION! FICTION! LENT IS OVER! – even as I should be writing two new posts or doing housework or, in general, accomplishing something)
=
Mommy Madness

Why I Call Him Prince Charming