Have a Laugh in Heaven for Me: A Memoriam of Walt Staples

Posted by Sarah Reinhard | in the world, writing | 1 | 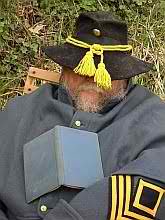 I don’t know, really, how I became friends with Walt Staples. We were both members of the Catholic Writers Guild, and I suppose that’s where it started.

At one of the online conferences, we became crit partners.

What that means, with someone like Walt, is that I got a first glimpse at his hilarious and insightful stories. I’d tell him where to add a comma, catch where he left off closing quotes, and other incidental items like that.

He read my stuff, too, and he was really helpful with suggestions and tips. He told me, when he read the early versions of both Welcome Baby Jesus and Welcome Risen Jesus that he found them invaluable for himself.

I treasured that praise–it was deeply meant and it came from a fellow writer, working from the trenches as I was.

Over the course of our friendship, we became pen pals. I haven’t had a pen pal since my girlhood, and I must say…it was delightful. My seven-year-old got involved at one point, and sent him a picture. He sent her back a story based on her picture.

We treasure those two stories, written by Walt for us.

Walt became a hero of mine over the years. He was so amazing that, though we’d never met in person, he could recommend movies for our family and send me books. He loved John Deere and railroads and his Catholic faith.

I suspect he was a boy at heart, all his days. His delight when he shared about how he loaded a couple of different railway game programs on his daughter’s computer was…well, it reminded me of the ornery look my mancub gets when he’s standing in the middle of the table. 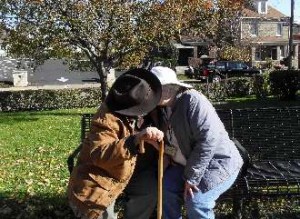 Walt saw Catholicism everywhere. He won me over to the way of speculative fiction: he made it funny and relevant and, well, good. I was so looking forward to the day when he would write a book-length work, though his short work was always so GOOD. (I know, too much “good” in one paragraph, but it WAS!)

The life Walt lived is one I think we would all strive for. He was caring for his wife and was the rock in his family’s life. I have no doubt he laughed as much in real life as I did when I read his letters, emails, news clips, or stories.

Walt savored life, and he always, always found a way to smile.

He became friends with my husband through their shared love of cleverness in Words with Friends. My mother-in-law loved him to pieces and had, at last count, TEN games going on with him.

On Wednesday night, as I was collapsed in bed from a version of sickness I’ve not seen the like of in YEARS, my phone rang. Twice. From someone who doesn’t ever call me.

I listened to the voice mail and had a fleeting thought of Walt.

Then I called this friend back and she told me the news: Walt had been found dead at the bus stop. No foul play was suspected. 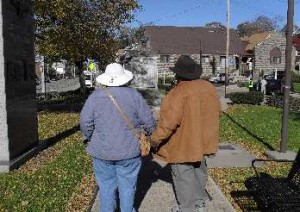 My first thought was that I owed him a letter.

My second thought was for his family.

My life is better for having known Walt. I’m grateful, more than usual, for the communion of saints, because I know that Walt is there, probably chucking it up with Mama Mary and a handful of other saints.

I can’t wait to see him again.

Please join me in praying for Walt’s soul and for his family.

Some of my favorite of Walt’s writing: Real-Life Romance, part 1, part 2, part 3

Always an Excuse (Never a Reason)

The Birth of Our Mother and the Gift of Motherhood