It is an honor to be asked by a wordsmith to do an e-guest appearance and to submit a column on a topic that may interest or invite readership. I best not tarry.

One would guess that the profile of readers who frequent this area wouldn’t have a clue what the title “I Remember Mama” is about. Those of us a few hours earlier than most readers may recall a play and a television series from the late 1940’s and well into the 1950’s.

It was a story set in one of our old haunts – San Francisco. I Remember Mama featured an immigrant family: the Hansens who came from Norway. Mama (Irene Dunne in the movie, Peggy Wood in the TV series) was the focal point of the show, although it was told through the eyes of the daughter, Katrin.

One of the television lines used in the opening of the show each week was spoken by Katrin: “I remember the big white house on Steiner Street, and my little sister Dagmar, and my big brother Nels, and Papa. But most of all, I remember Mama.”

This was a show set in what seemed a wonderfully wholesome time in our country. We followed the Hansens in the simplest, most normal of daily joys and sorrows and goals.

In fact, that show is the way I now view my family life as I grew up on the East Side of Detroit.

One of my memories of my mom was her sitting at the kitchen table with me in my early years. Mom made me memorize prayers and multiplication tables. I wasn’t much good at math in those years — but I knew the Acts of Faith, Hope and Charity and the Morning Offering and the Act of Contrition. It is so sad that modern parenting doesn’t support such upbringing.

Mom died in 2004. My wife Dee and I were living in San Francisco at the time. We knew where Steiner Street is, we knew and loved the City by the Bay, and we had tried to get my mom to relocate from Detroit to be near us. We even had a placed picked out for her. At the near last minute, she balked at moving and our plans fell apart. Skip to 2004.

Mom suffered from congestive heart failure in her final months. Her doctor told me it was ‘end-stage.’ He said that she would pass in days or a few weeks. But it was months, and I made three trips between San Francisco and the east side of Detroit. Mom was in a nursing home. Some visit days were bright and cheerful. Some were quite depressing. Lack of oxygen to her brain made Mom strangely incoherent from time to time.

They called me on a Friday in July from the place where she was. The staffer said my mom told them she was going to die the next day and she wanted to speak to me. By the time I was able to get to a place where I could call her room and speak to her – she was back to being very garbled. And true to her prediction — she did die the next afternoon. How’s that for spiritual or spooky or some such?

Mom left a most surprising gift. As we went through the remnants of her life, one of the things I found was an old roll of Kodak film. It had apparently been exposed but never developed. Months after returning to San Francisco, I came upon the film and decided to take it to a camera shop on West Portal Street. A week later, more as afterthought, I stopped to pick up whatever may have developed from the film. 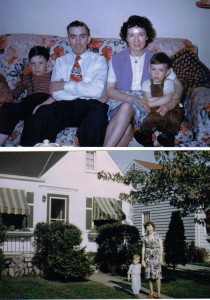 As you see in this article — there are two pictures. One is of my family – it must have been taken about 1949. Left to right, there is a very young Deacon Tom, my dad, Thomas, my mom Mary, and brother Eddie, may God rest their souls. The lower picture is of our home on the east side of Detroit. Quick math shows that we found and printed pictures from about 55 years earlier in our family. What a gift.

I remember you, Mom. And I’m so glad you never gave up on me, though from time to time, it might have been warranted. I pray for you and Dad and Eddie nearly every day at Mass. I thank you. I love you.

Deacon Tom, together with his lovely wife Dee, is the magic behind the weekly nourishment you’ll find at Catholic Vitamins. He’s online at DeaconTomOnline.com, writes for CatholicMom.com and Catholic Family, in addition to the work he does for his diocese and within his own family. 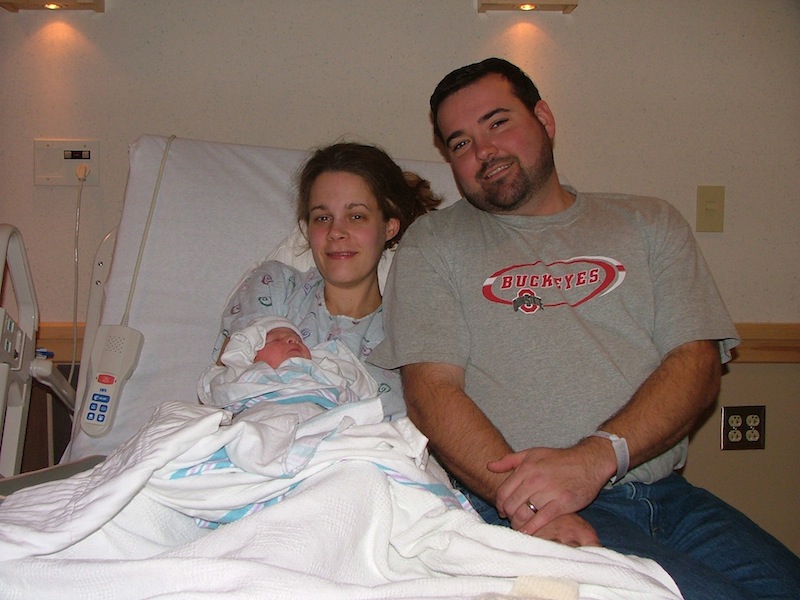