In Honor of March 16 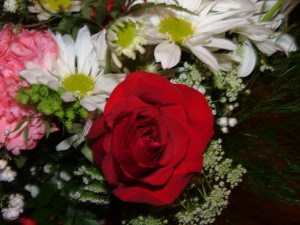 March 16 has long been a day I remember with a mixture of fondness and grief. I’m grateful for this day, though it marks sorrow.

It was on this day that I witnessed the importance of life and the courage of people I would one day call family.

There, at the front of the chapel, in a casket no bigger than the laptop bag I carried with me nearly everywhere, was the baby. The baby she had been told to abort. The baby who lived his life through his mother. The baby who was held first by Mama Mary.

Logan is not a young man, scampering around and scraping his knees. He is not climbing trees or writing adventures. He is not here.

There’s sorrow in that. Even though it’s been nine years and it’s no longer new, there’s still the chance for tears on this day of remembrance and at other times.

But he was given a chance to live, however briefly, because of the faith and humility of a couple who wouldn’t play God.

Allen, who went to his eternal rest early last year, once told me that it was one of the best decisions he ever made with his wife, that decision not to abort.

They went on to bury their boy, as they knew they would. But it remains, for Susie, one of the cornerstones of her faith journey, one of the foundations of who she is.

In the midst of asking why, of wondering what’s next, of just trying to get through day-by-day, we have this day. It’s a pause to consider the eternal in the midst of the temporal.

And though we have tears leaking out of our eyes, it is possible, with God’s grace, to see the rainbow the sun makes as it shines through them. We fill the hole in our hearts with prayers for those who remain, and we thank God for the gifts He gives us, however short a time they may be in our arms.

Wordless Wednesday: What Could She Be Plotting?