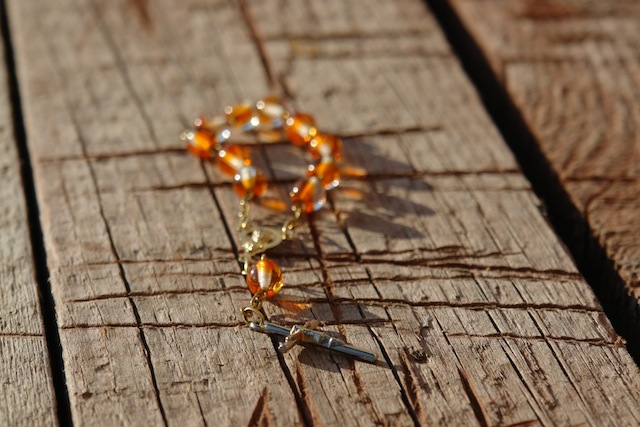 The month of the rosary, that is. 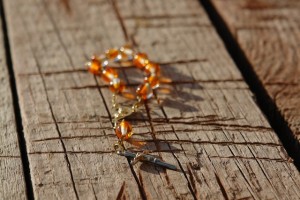 Here at the end of this month in honor of the rosary, I find that my best intentions are left dangling.

Yeah, I’ve said my daily rosary, which is a big something, but have I fostered better devotion to it?  Have I stretched and grown and given it my best?

But rather than give up, I think I should probably look to Mary herself as an example.  Do you think, given the news of Jesus’ birth, that she had a moment of wondering just HOW that would work?  Maybe she didn’t.  I don’t want to flirt with making Mary less than she is by comparing her to me, you know?  If it was me, I know that while saying Yes might have been easy — even exciting — about ten minutes later, I would have started planning, trying to control things.

These months in honor of special things — and, for that matter, liturgical seasons like Advent and Lent — seem to have the same effect on me.  I say Yes at the beginning, jumping up and down while I shout and sing and, in general, act a lot like my five-year-old.

This is the kind of enthusiasm that either endears me to people around me or annoys them to no end.

After that display, though, and after about two weeks of trying and perhaps succeeding a little, I will often hit a brick wall.

Other times, it’s a brick wall combining all those and more.

In case you struggle with the rosary and find yourself glad this month is almost over so we’ll quit hounding you about it, let me send some encouragement your way.

It’s not easy to pray the rosary.  I can’t help but think that there’s a reason for that.  It’s not going to just happen in your life, magically and all by itself.  Again, I have to wonder if there’s some logic behind that truth.

But, when you pray it, you hold Mary’s hand in a special way.  When you try, you draw a picture for her — and for her Son — of your love.  When you give that gift of your effort, you touch, for a moment, the heaven that is her lap, her comfort, her gentle embrace.

Whether it’s the month of the rosary or some other month, won’t you give it a try?  Will you join me in closing your eyes and making the leap, trying to do a little better — just one decade, just one Hail Mary, just one small step on the journey to praying the rosary?

The Mary of Fatima

Turning to Mary on Monday