Leadership, Mary, and Perfection, Oh My!

Three books I’m long overdue in sharing with you (and OH, what books they are!):

I used to roll my eyes when I thought of leadership. I can’t help it. Years in FFA and then as a full-fledged overachiever in college left me burnt out and with a bad taste in my mouth about leadership. Isn’t “leadership” just a code word for “getting people to do more and more and MORE”?

Well, as it turns out, no, it’s not. Being a leader doesn’t mean being on the edge of overcommitted. It isn’t another name for boss’s pet.

I started to learn this, I think, at about the halfway point of my master’s program. Maybe it was having to juggle all that reading or maybe it was the experiences of all of the group projects we did. (Ahh, the good ole days of b-school. I’m getting the starts of a caffeine attack just thinking about it…)

When I started Warneka’s book, I was afraid. I wanted to like it…but I was quite sure it would be more of the fuzzy-overworked-impossible medicine I had rejected from other leadership materials. I was pretty sure he had put a Catholic moniker on concepts that had nothing, in my mind, to do with leadership.

I was gloriously, wonderfully, joyfully…WRONG.

Warneka approaches leadership in a way that reminds me of Cesar Milan (of Dog Whisperer fame and whose book I’ll be reading soon) or Dr. Ray Guarendi (whose book captured me a few months ago). It’s not a long book, because Warneka doesn’t beat around the bush or use fancy phrasing.

I don’t know a thing about martial arts, and I’ve never heard of Aikido. But I know that this little book has changed my approach to leadership and has made me pay attention to making a habit of Catholic leadership. 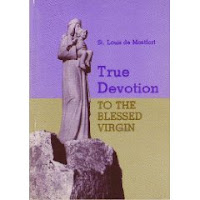 If this book hadn’t literally fallen in my lap, I shudder to think about how long it would have taken me to finally get around to it. Oh, I’ve heard loads about it. I knew enough, before starting, to brace myself and prepare for a muddled read and room for a lot of grace, because I was quite sure there was NO WAY I would understand a word.

I was enormously, tremendously, magnificently…WRONG.

Though it was written a few hundred years ago, there’s a reason True Devotion is a classic. It’s small AND it’s easy to read. By “easy to read,” I don’t mean that I won’t reread it as often as possible and I’m not trying to imply that it should be read fast or lightly. I mean, instead, that you don’t have to be a scholar to be touched and to find more to think about with every passing through de Montfort’s work.

Knowing that John Paul II found this to be one of the greatest impacts on his spiritual life didn’t comfort me before I read it for myself. He, after all, was a genius and he’s probably going to be canonized. I get too caught up in the distance between us than by the common humanity.

De Montfort’s writing, though, is clear and concise and full of…I don’t know. Wisdom? Yes, but that’s not all. Tenderness? Yes, but more. Imagine writing about your favorite person and tapping into everyone else’s best thoughts about them. That’s a small inkling of what de Montfort did with this work.

A Handbook of Spiritual Perfection, by Philip Dion

This is the third of the recent books that fell into my lap, this time by the hands of my spiritual director. He read it, finished it, and gave it to me. I had the benefit of reading it with his notes in the margin, and I loved that.

The book itself is probably the best — yes, I said “THE BEST” and I meant it — book on spiritual growth I’ve read. In my world, that means it’s going to be sitting on my desk, along with True Devotion, even though I’ve already read it, because I’m going to be reading it again. And again. And AGAIN.

Dion, who I found out after finishing the book was a priest and is deceased, used examples that made me laugh and also made me look around my world and at myself with clearer eyes. His writing and the way this book travels through its points, starting at the beginning and going to the end (which is a paraphrasing of the Red Queen from Alice in Wonderland, but I don’t think she’ll mind), was what I needed.

I go in spurts with so many things, and this book has helped me level off a bit. Instead of diving in and going full-bore and then fizzling out, I am finding myself diving in and tapping into the tank of oxygen on my back. OK, so maybe that metaphor isn’t quite right. I’ve been struggling with how to explain this for weeks now.

I don’t think you have to be Catholic to find this book enlightening and helpful. For me, it was the spiritual equivalent of Saving Dinner, a cookbook which helped me understand some of the planning aspects of cooking (and also some of the how-to aspects as well). Dion doesn’t write in fancy language or with unreachable metaphors and examples. He’s talking to ME, and maybe, you’ll find, to you too. 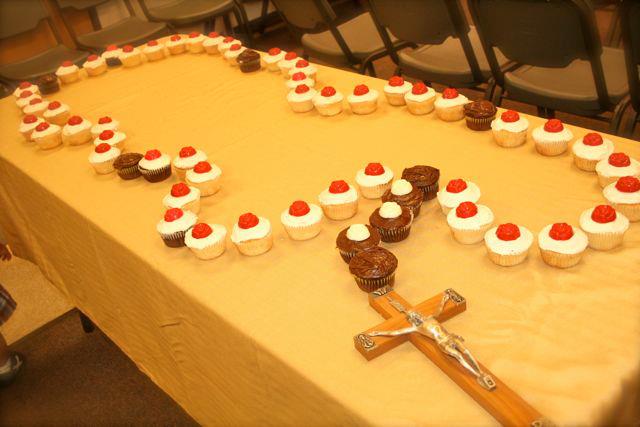 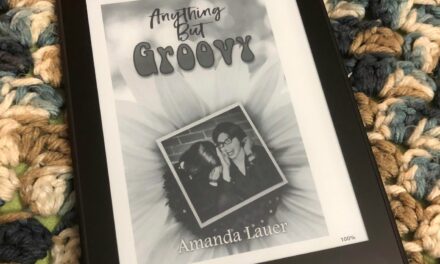 Anything But Groovy: Catholic YA meets Freaky Friday

A Thought for May