Learning Persistence from Our Lady of Good Remedy 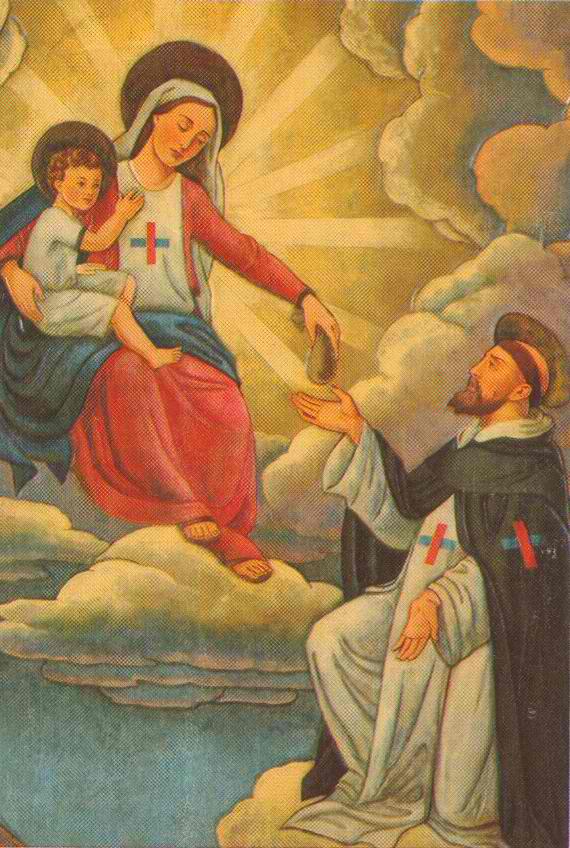 I originally wrote this back in 2009 for a series on titles of Mary that I did for Catholic Exchange. We were still living in our old farmhouse. We moved about a year ago and, though I no longer have quite the same struggle with my current landscaping, so much of what I wrote still holds true that I thought I’d share it here today.

I find myself, lately, avoiding the area surrounding my house.  I all but close my eyes as I walk around it.

You see, two years ago, my brother-in-law gave us a generous gift: he brought a crew and tore out our old weedscaping and planted lovely bushes, roses, and easy-to-care-for plants.  He transformed our farmhouse into a place of beauty.

In the last two years, I have managed to let this beautiful gift fall into disrepair.  Oh, I could blame my husband, though a series of injuries and work stints really place the responsibility for this sort of thing on me.  I could blame my children, who are really can’t be trusted in our front yard while my back is turned, because of the traffic on our state route.  I could blame circumstances, my schedule of duties, and any number of things.

But, really, the blame falls on me.  There’s no way around it.

That’s been a hard reality to face.  This fall, my husband and I are taking time off together (barring a health concern) to deal with some of the property clean-up issues around here, and the towering weeds that have once again taken over the landscaping top my list.

Often, though, the weeds serve as a reminder to me of my spiritual life.  They have such a talent for getting in, staying in, and coming back to stay.

Their persistence should inspire me.  Do I have that kind of staying power with anything in my life, let alone things like prayer and devotion?  Do I allow God’s love to pollinate those around me the way the thistles spread their fuzzy seedlings with no thought of my rhododendron or day lilies?  Do I allow my faith into my everyday living so that it infiltrates the world around me, inspiring butterflies and birds to stop and feed?

So often, when I’m starting to feel hopeless about something — like my gardening failures — I need only turn to early Church history for a change in perspective.  In the late 12th century, there was a slavery problem with Christians: they were being captured and sold and no one knew quite what to do about it. 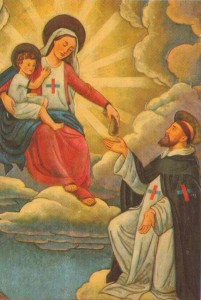 Saint John of Matha, though, had an idea that involved Mary.  First, he founded a religious order, the Trinitarians, to go to the slave markets and buy the captured Christians.  Then the Christians were set free.

It was a grand plan, but it required massive amounts of money that the new order didn’t have.  It was then that Mary was invoked under the title Our Lady of Good Remedy.

I can imagine the heartfelt pleas that went out to her, and I can also imagine how her heart must have gone out to those praying.  Was there doubt among any of Saint John’s followers?  It must have seemed like a crazy plan; slaves weren’t cheap, and word must have spread that the Christians were rallying in this way.

And what of the slaves themselves?  To be captured is one thing, but to be sold into slavery, to stand there while strangers bid on you, to be powerless to act on your own…and then to see the hope of the Trinitarians in the crowd.

Many thousands of slaves were freed thanks to the efforts of the Trinitarians.  How did they get the money?  I imagine it was a miracle, not so different from those occurrences in my own life, when some generosity seems to fall directly from heaven.

Often, the image of Our Lady of Good Remedy is portrayed with Mary handing a bag of money to Saint John of Matha.

The story of Our Lady of Good Remedy is one of beauty, one that forces me to look at the weeds around my house with a different attitude, one that inspires me to forgive myself and offer my shortcomings as a lesson.

Mary, Our Lady of Good Remedy, guide me as I search for help in my daily life.  Help me to turn to you when I most need help.  Amen.

Seven Marys for May 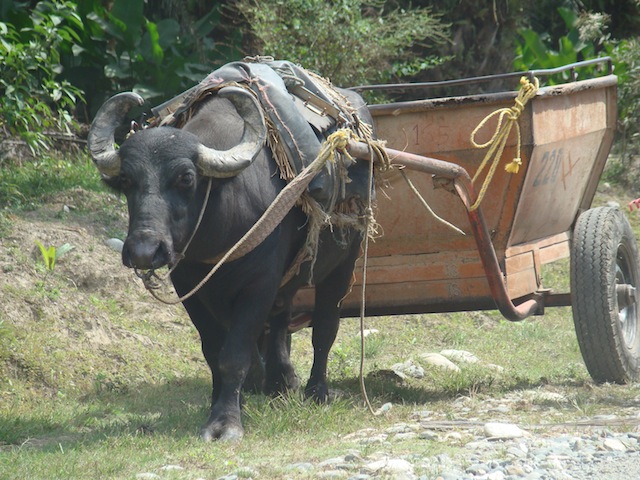 Carrying the Weight of the World