Life in More than 140 Characters

A guest post by Christine Johnson, who’s the woman behind Domestic Vocation and can also be found on Twitter (though not during Lent!). 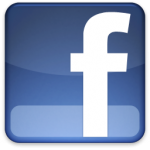 I discovered something almost three years ago: Facebook is not just for high school and college kids. It’s a really neat tool to keep in touch with your family and friends of old.  It’s a convenient way to share pictures of your family – whether growing in numbers or simply in size – with far-flung cousins stationed with the Marines in Texas, Florida, Afghanistan, with aunts and uncles living thousands of miles away, with dear friends you’ve known more than 1/3 of your life but who live too far to have coffee with.

I also learned that there are games! And, oh, how those games suck your time.  If you have even a smidgen of competitiveness combined with a touch of addictive nature, you can discover that your “quick couple of games” at Bejeweled Blitz have turned into an hour.  Seriously!  I mean, how can I let Rachel continually beat me at this game?  I can beat her this time.  Just one more …

So last year, I gave up Facebook for Lent. I had also been playing some other stupid game that was fun for a while but had become way too addictive.  When I returned after Easter, I had no idea how to play because they’d updated and changed it.  And so I stopped. 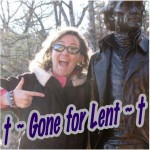 Time was gained back!  I did slip back into Bejeweled occasionally.  Okay, a bunch by the time Lent rolled around again this year.

Which is part of why I did the same thing as last Lent: I gave up Facebook.  My family can reach me still via email, and I changed my avatar to let people know I would be off Facebook until Easter.  (The only exception is that my blogs auto-post to Facebook, but I do nothing to make that happen, nor do I go and check if it’s actually posted.)

But I discovered something else in the last year: Twitter. I’d tried it before, but was quite limited in my uses.  I didn’t “get” it.  Until I tried again, being a little more open and following some bloggers and writers I like a lot.  (Hello, Sarah!)  I figured out that Twitter can be a very interesting way to find news, to learn about things happening as they happen, to find interesting articles on topics I really like.  I even learned how to use a hashtag – both seriously (#Catholic #prolife #40DaysForLife) and jokingly (#whyaremykidssobig #whendidIgetsoold #doespeerybinglemissmeontwitteroramijustbeingegotistical).  It was FUN!

A bit too much fun at times.

I suddenly realized that I was checking it WAY too often, wondering if I had re-tweets (which is, for the uninitiated, when someone likes what you say enough to pass it on – it’s basically an electronic “ditto!” that reposts your comments).  I wondered if I had more followers, if I had less followers, if I could say something witty that someone famous would respond to … for the introvert that I am, it was a way to socialize.

Now, I have actual and real socialization on Twitter.  I have made some friends there who I’d love to meet in person.  People I pray for, who (I hope) pray for me.  But I also know that there is some very fake socialization that I’d love to pass off as real, but isn’t.  Things that amount to shouting into a crowd of people who do not know me at all, thinking that someone might be paying attention to me.

And being addicted to that is not a good thing.  (Really, what addiction is good, save the addiction to God I ought to have but fail to nurture enough?)

And so, due to my own slightly addictive nature, I pulled the plug on Twitter as well as Facebook.  Again, my blog is auto-posting on Twitter, but I do nothing to make it happen.  I don’t go to check the news.  I did leave the Twitter extension at the top of my Safari browser, but mostly I don’t even see it.  I’m definitely not clicking on it!

I do sort of miss the back-and-forth that I occasionally shared with friends, but overall, I’m trying to use the time I was spending on these social networks to socialize with Someone more important.  I’m trying to read the Bible each morning, or at least the Mass readings for the day, and to focus more on my vocation and less on myself.  (My vocation requires me to focus on others first.)

I’m basically trying to live in the real world a bit more. Which, left to my own devices, I was tending not to do as much as I ought to. 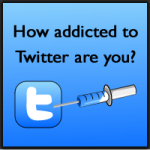 One of the other things I’ve noticed is that constantly writing things in 140 characters can change the way my mind works.  There are some benefits: I have to express myself more succinctly, I learn to be more direct about what I’m saying.

But there are pitfalls, too.  I tended to feel more frenetic, less calm.  The speed at which things can move on Twitter and Facebook can really make you jumpy.  It’s as though I’m expecting everything to be in short soundbites.  I was having troubles really reading anything deep for long periods of time; for someone who loves reading as much as I do, that is a serious problem.

I wanted to break that a bit.  I wanted to force calm back into my life and sooth my mind so it’s able to contemplate, to be at peace, to meditate on the great mysteries of this life.

One thing I’ve discovered is that I’m a bit more able to concentrate lately, and to write longer things. I’m doing so with more clarity and with (I hope) less rambling.  But I think this break from the short, punctuated writing that takes place on Facebook and Twitter is helping me think more clearly.

The biggest benefactors of this break are my children, who get my undivided attention far more than when I’m busy joking with someone on Twitter.  And I’m a better mother for that.

So that’s why I gave it up.  It’s why, despite others who have said they couldn’t give up Facebook for Lent because it’s their biggest connection with others, I think it’s a good thing for me.

For some people, logging into Facebook and Twitter is a fifteen-minute activity.  It’s not usually that for me, or at least it eventually grows to be much more.  When I go back to it, I’ll try to limit my time better, but if it gets too hectic – if I’m finding that it’s too “important” to me, I’ll break from it again.

And maybe I don’t need Lent for that, either.

What are your thoughts?

Do you use Lent as a way to eliminate bad habits or to lessen activities that seem to take over your life?  Do you take breaks from those things at other times of year? 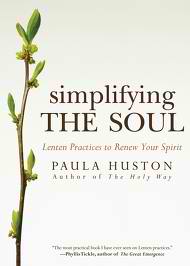 Lent Prep – A Book for Your Journey

It’s NOT Life or Death

Twas the Night Before Easter

Back to Orthodoxy next week