I expected to just whip right through Mother Teresa: Come Be My Light, by Mother Teresa and Brian Kolodiejchuk. It is, after all, a popular book. “Sure, great for Lenten reading and reflection,” I thought, “and I can probably squeeze in something else too. No problem.”

What I hadn’t expected was how difficult I would find the reading. This is no novel, and though it’s very interesting and inspiring, I struggled.

It was no secret in the office, where a few of us were reading it as part of a parish-sponsored discussion (which I was never able to attend due to, well, life). I commented so many (probably annoying) times about how surprised I was at its difficulty that Father coined WWMTD* (which isn’t a bad reminder, really).

Mother Teresa longed to give it all for Jesus. She made him a special vow, she worked for 45 years with completely no feeling of intimacy with her divine Spouse, she took the hard call and followed where it led. The more I read, the more I felt a sinking feeling: Mother Teresa and I have nothing in common, despite my intense interest in her. What could the Saint of Calcutta have to teach a farmwife-secretary-hack from the Midwest?

I long, mostly, for the easy way. I vow, usually, to get the laundry put away before company comes over. My bar is low – very low. I’ll admit openly that I have no real desire for a hard life of pain and sacrifice.

And that’s where this book comes in.

Mother Teresa just wanted to do her work. Jesus had to send His Mother to talk to her. She struggled (though in a a far different way than I do). She was human.

But Jesus chose her, and look at what she was able to do by abandoning herself to His Will!

This book caused quite a commotion when it was released. How could Mother Teresa have had such interior darkness? Wasn’t this a sign of weakness? Didn’t that make her entire life of service a lie? What a scandal!

For me, though – what hope! After reading it, I can feel the light of my own call, this vocation where I am right now. After slowly savoring the book – instead of devouring it fast and furiously the way I had planned – over Lent, I can see just how much this little woman, who was every bit as much a mother as I am, can teach me. After a Lent filled with unexpected blessings and much in the way of learning, I can appreciate the difficulty of this reading and the lessons that are there.

From the darkness, light. From despair, hope. From a small nun in Calcutta, an example for a sinner in Ohio.

Try it out for yourself. You might find it easy reading. You might not. One thing I’m sure you’ll find in the pages: something to challenge your way of living in the world, whether you’re a Catholic Christian or not.

*What Would Mother Teresa Do?

Fr. Cutie has it right on! 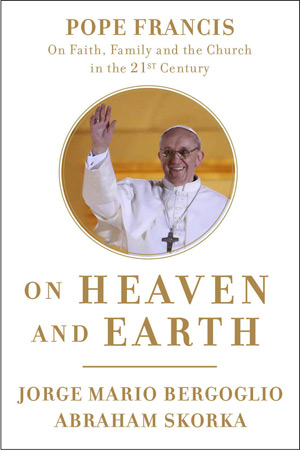