Looking at Mary from the Cross

What did they say to her, as they watched her watch her Son hanging there, dying? Did they rub her back and watch the tears, unable to hold back their own?  Were they able to whisper prayers with her, or was it silent in the midst of the raucous jibing and hilarity of the soldiers? 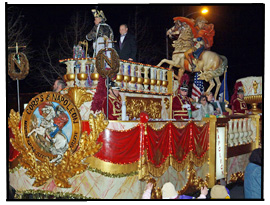 We were at a parade, a time of fun and laughter when it hit me.  He’s gone. And she is not.

I watched her hide it, smile, stay brave.  I saw her sneak behind a port-a-pot to have a moment at what would have been the best time, if he had been there.  And the cross was there, right in front of me.

What did they say to Mother Mary while they stood beside her at the foot of the cross? Maybe they didn’t need to say anything at all.  Maybe being there said it all.  Maybe, in the midst of the flood of tears, they asked, as I have, how much more she could take. 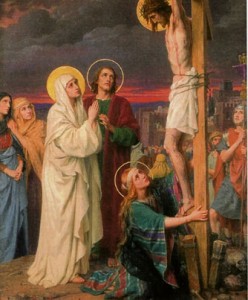 What did she do to deserve this valley of tears?  Why her?

The cycle of Why won’t help, I know. But, in the face of the empty place at the table, the cautious smiles from the girls, the amount of what needs done, it slips out…Why?

What did they say to Mother Mary as she held her Son’s body? How could they meet her eyes, red-rimmed and yet calm?  What else mattered at that moment?

We have the advantage of knowing the rest of the story.  It was only three days later when the unbelievable happened, when their sorrow turned to joy.

Where is the rest of our story?  It’s ahead, past the signpost of pain.  We’ll get there.  We might be carried, but we’ll get there.

Mary, be a mother to us now. Stand beside us as we bear the cross of grief.  Carry us as we stumble along, trying to keep our gazes on Him.

Mary Leading Me to Her Son

Looking Closer at the Hail Mary: AT 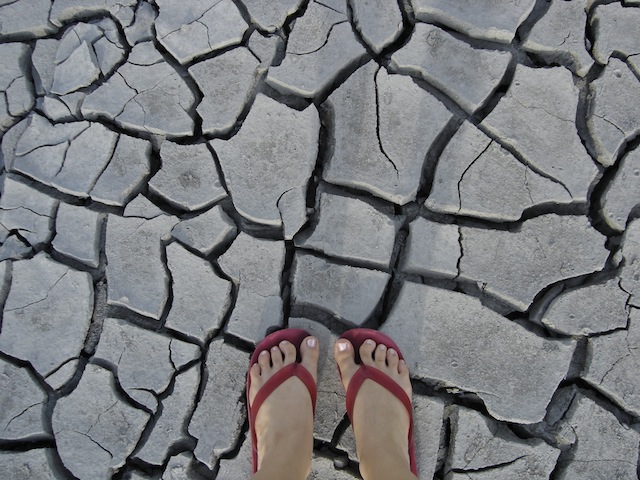 Mary in the Chaos