A reflection on the word “THE”

The word “the” is known as “a definite article”.  An “article” means a word that combines with a noun to indicate the degree of definiteness (specificity) of the reference being made by the noun. [source]

For instance, an article indicating degree with a noun would be:

So “the” in the “Hail Mary” means that Mary has the God with her.  She isn’t surrounded by multiple gods or earthly lords.  She isn’t distracted by other gods or material beings.

She lives and loves in the small town of Nazareth in Galilee and yet she is beyond this little town.  Mary’s faith and life are placed soley and completely in God the Father and His love is placed in her.

He is with her.

The one, true God, the Lord of all, the Creator, is with the Blessed Mother, knowing of her faith and sanctity, imbuing her being with His love and care.  There are no others to whom Mary turns; Mary turns only to God.  She initially questions the Archangel Gabriel’s meaning but accepts the angel’s words because she has faith in the one, true God.

And God knows this and entrusts her with his only-begotten Son.

Mary Gildersleeve is married with five children, ages 9 to 23. She keeps busy with homeschooling, working on the computer, freelancing articles and reviews on a myriad of subjects, and knitting, knitting, knitting. She lives in Orange County, just west of Fredericksburg, Virginia. She’s the author of Great Yarns for the Close-Knit Family and In His Image: Nurturing Creativity in the Heart of Your Home. She has an MBA from the College of William and Mary (Williamsburg, Virginia) and a BA in Print Journalism from Gonzaga University (Spokane< Washington). I count Mary as a wonderful friend who I’ll meet in person someday: we correspond via email thanks to the wonderful connection of the Catholic Writers Guild. 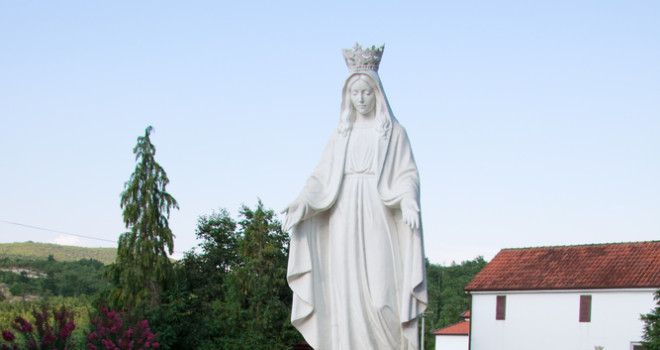 How Mary’s My Refuge 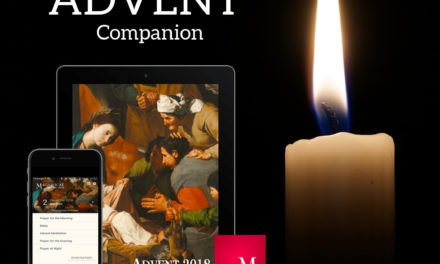