The Many Faces of Mary

Posted by Sarah Reinhard | family, Inspired by the Virgin Mary | 5 | 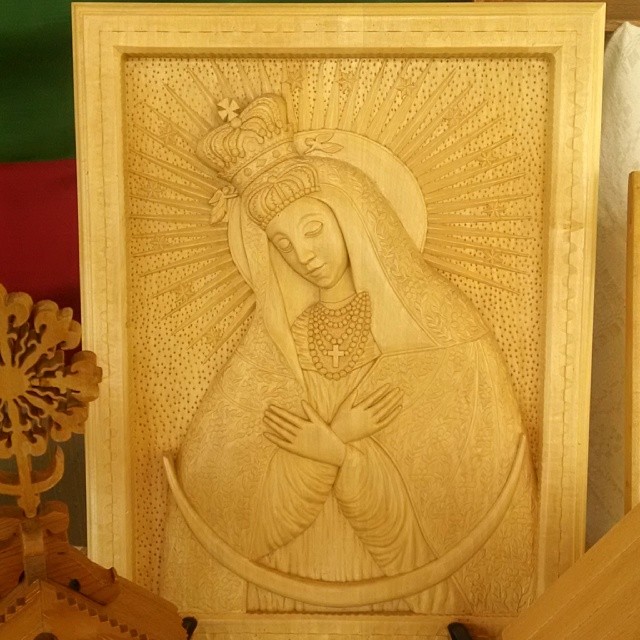 And yet, in many ways, it is. March 16 marks an anniversary that I still can’t talk about (and I haven’t written about in a while).

It’s the day Logan was born. And the day he entered heaven.

I was feeling a bit melancholic about that this morning as I went downstairs to Mass at LA Congress. I was reflecting on the fact that it’s been so long and hey, it’s not my deal anyway, right?

And yet there remains a link between Logan and I and the promise he is for me. I’ve watched his mom for many years and I’ve gotten to know her. She has inspired me, and whenever I feel justified in giving up, I don’t have to think long to think of her.

I never met Logan, and I never felt his tiny weight in my arms. I wasn’t even technically in the family yet.

I remember sitting across from my future mother-in-law at Bob Evans and observing her grief, her hopelessness, her strength. I remember, months later, seeing my sister-in-law at a family dinner, with her two young daughters, wearing pink. I overheard her say, “I should never wear bright colors again!”

Logan’s casket was the second small white casket she had to part with, the second time through the experience of burying a baby.

It was her I thought of when I walked down the hallway at LA Congress this weekend with displays from different cultures and countries. What struck me was the many different representations of Mary. 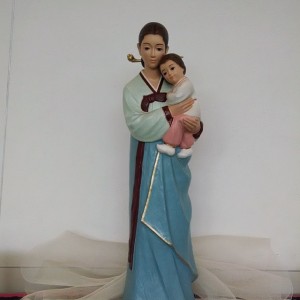 Mary was adapted and embraced. Her universal motherhood was represented in so many ways: with different clothing, different skin color, different language. 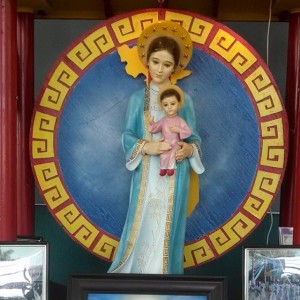 There is something so appealing to me in all these Madonnas, something familiar.

She looks different in each representation, but she’s always beautiful. 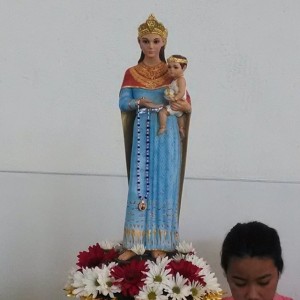 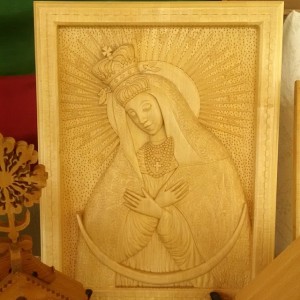 Every single Mary I saw knew me. When she looked nothing like me, when she wore clothing I had never seen before, when she came from a tradition I can’t even pronounce: it was still my mama. 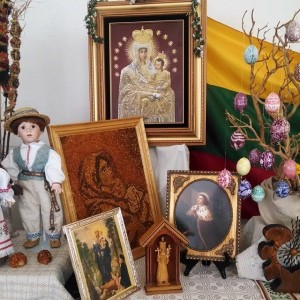 It made me think of Logan. Mary’s been holding him for many years. He took his first steps into her arms. 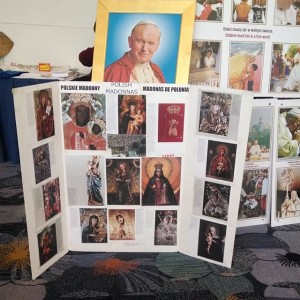 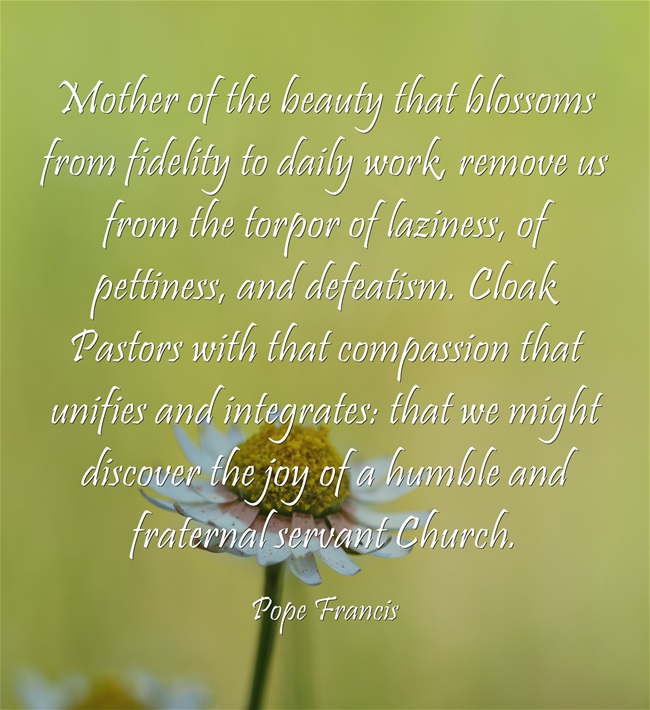 Praying with Mary from Pope Francis