Mom to Mom, Day to Day, by Danielle Bean

I hinted. I mentioned. I repeated the cycle…daily. I made sure there was no doubt about what the perfect Mother’s Day gift would be.

And there it was, wrapped in white paper that my two-year-old had decorated: Danielle Bean’s new book, Mom to Mom, Day to Day. And though I was in the midst of another three books, and though I was exhausted and wanting only to sleep, and though there was housework and computer work and other work needing done…I stopped. I read.

I’d love to include snippets here, but I’ve already lent it out. After flying through it myself and spending some moments oooing and ahhing and enjoying that feeling that comes from finishing a great book, I knew just who I had to give it to. And when I get it back from her, I know just who it’s going to next. My goal for this book is that it be in my hands only long enough to be passed to the next set. How can I not share it?

Danielle writes as though she’s on the other end of the couch, and she was. I don’t have any idea what her voice sounds like, but it’s got its own place in the symphony of voices in my head now, after devouring her wisdom, insight, and humor. Of course, I’ve been following her blog for a while, but this book is the blog to the tenth degree. It’s a side of her you can only get from reading the book.

Lest you think you’re too busy for this book, let me correct you. Danielle’s the homeschooling mother to eight, and no stranger to a busy life. She designed this book with short chapters – as in two or three pages – and her writing’s like a conversation. (Or maybe I was the only one who talked back to it as I was reading it…)

And I don’t want you thinking that just because you only have one kid, or because you don’t homeschool (and don’t intend to), that you won’t find this book to be an invaluable companion to you on your journey through motherhood. Oh no. This book speaks to you. I’m the pregnant mother of a toddler, and I’m not so sure I’ll ever get higher than what’s socially acceptable, due to some circumstances in my life (though we’re happy to take what God sends our way…don’t get me wrong). Never, ever in this book does Danielle Bean pose as the know-it-all been-there-done-that mother of many (though she undoubtedly is); never, ever does she look down her nose at you, the reader who she doesn’t know; never, ever does she act as though she’s got it right and you’ve got to follow her hand.

Think of it like a phone call from a girlfriend you trust more than anyone else, the one who will say, “Awwwwww, I’m sorry!” when you tell the tale of walloping your two-year-old at bedtime and then sobbing in your husband’s arms. Think of it like the hug you get after a particularly trying Mass that comes in the form of two older women saying, “You did great, honey; I was praying for you the whole time.” Think of it like the pat on the back from heaven for a job that’s so belittled here on earth and so underappreciated in our society, the vocation of motherhood.

This book is a cup of tea on a cool summer morning, while you bask in the silence of your still house, ignoring the piles of to-do and giving yourself instead a calm moment with a friend. You do yourself an injustice if you don’t pick it up. Really. You deserve it. 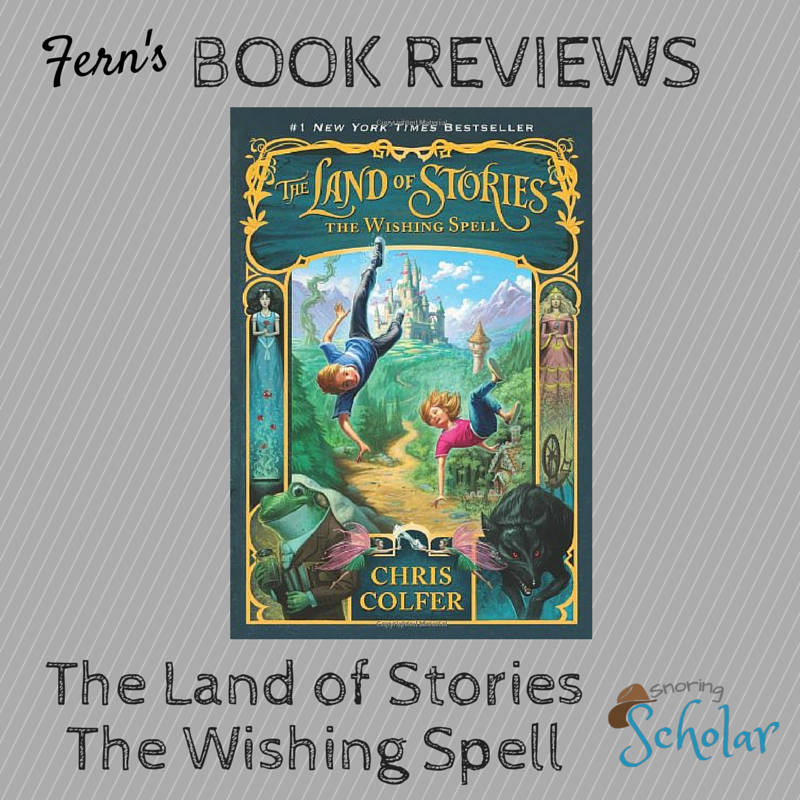 Fern Reviews The Land of Stories: The Wishing Spell

Our Lady of the Lost and Found (updated)

Not Just for the Mommy Readers