Music Takes (updated with the video)

A while back, I asked what music was in your iTunes.  I got some great responses, and since then, I’ve also made some music discoveries of my own.  Somehow, I don’t seem to share them with y’all (though my friends hear all about them!).  So here you go:  a few of my favorites and some places to find favorites of your own.

I heard about Catholic Music Express because Sean at Catholic Roundup mentioned it.  It took one listening for me to bump it to the top of my podcast listening each week.  There’s always a variety of music presented in the weekly hour-long show, and it’s professionally produced to a T.  Thanks to CME, I discovered Patrice Egging‘s album Cross His Heart, one of the best soothers-of-my-troubled-chaotic-mind I’ve found.  I’ve found quite a few other new favorite artists, including Billie Trascio (see below), Rachael Lampa, and Chris Muglia.  I’ve started a wish list in iTunes too, inspired by CME, so that I can keep track of those albums and artists I want to check out in the future.

I first heard about Popple because of all the SQPN shows that talk about them.  Two years ago, I downloaded Plaid and quickly became addicted.  I’ve been spreading my addiction to the people in my life, and my five-year-old regularly requests “Peanut Butter Sandwiches” whenever there’s music playing.  (I count this a success in the brainwashing department.)  This year, I didn’t let any time pass when I heard about Hip Hip Hooray.  It’s been on my iPod long enough for my five-year-old to be able to spell Popple.

They’re a brilliant blend of hilarious and serious.  They get me laughing (“Papal Disco,” “Shouting in the Library”) even as they sneak in some thinking (“Pencil in the Hand,” “Forever Yours”).  Waking up to one of their songs running through my head is a sure way to start the day with a smile.  They are a band that bridges the gap between music tastes and that you can share with your non-Catholic friends too.  (Who doesn’t want the code to that old Nintendo game?  Don’t know what I’m talking about?  Listen to “Contra.”)  It’s my goal to bring them to our parish someday and spread the love even further.  (We’ll see.  Budget constraints and possible objections notwithstanding, I’m still dreaming.)

At their website, you can listen to their music before you buy it.

I’ve raved before about Sarah Bauer (and was even lucky enough to land an interview), but that won’t stop me from gushing some more.  LOVE HER MUSIC.  It’s down-to-earth and sing-a-long.  It makes me think long after I’ve heard it (“My Own Backyard”) and finds its way into my favorite songs playlists (“Mary’s Got My Back”), even as it’s featured in the intros of my favorite podcasts (“Radiance”).  You can share this music with all of your friends and have a karaoke night that will be a blast.  (Or is that just me?)

Did I mention that she has a beautiful voice and that I feel that I do her injustice with my singing along?  (I can’t help it, though, and I’m sure she doesn’t mind since she can’t hear me.)

The beauty of faith shines through in Sarah’s music, making the phrase “praying twice” an experience you’ll want to repeat.

Billie Tarascio‘s “Send Me” has a permanent place in my “songs I should listen to every single day” list.  Just typing the words made the tune and the words start rolling through my head, and I understand why it was on the Best Catholic Music of 2009 album I found at iTunes.  When I downloaded her album Send Me, I found more of the same…songs that inspire me to pray (“Help Me to Know You”) and songs that make me dance as I sing them (“Thank You”).  When we have our before-Daddy-gets-home-dinner-is-cooking dance parties in the kitchen, the girls and I often have Billie Tarascio playing in the background.

I don’t think Billie would mind, if she knew.  Maybe she’d even join us live.

A few weeks ago, a friend of mine (one of the ones who likes to go to retail establishments and shop) told me about these nifty speakers at Bed, Bath & Beyond and kindly offered to pick up a set for me.  It took me about ten seconds to say “Why not?”  They were only ten bucks, after all.

Little did I know just how handy they would be.  I now have the power of my iPod all over the house.

Oh, yes, I could — and often do — listen with my earbuds.  But having the speakers is so nice…those before-Daddy-gets-home-dinner-is-cooking dance parties, for one thing.  I was using some old computer speakers, but they’re clunky and the tangle of wires is tempting for my two-year-old engineer-in-training.  Now we can move our dance parties around the house and I can ease my mind when the earbud wires are just driving me berserk.

In iTunes, you can add a new playlist pretty easily.  I’ve messed around with this and maybe I’ve even put a few together that I’m happy with.

I listen to quite a few podcasts, and I found myself getting really frustrated with keeping them straight.  What was next?  How could I prioritize them?  I hadn’t thought of adding podcasts to playlists (or of making podcast-only playlists) until someone’s comment somewhere (I credit Julie, Podcasting Queen) about organizing them into playlists.

Now, both my music and my podcasts are organized with playlists.  I have a “to listen” playlist and a “new music” playlist.  There are “upbeat,” “inspiring,” and “happy,” alongside “history,” “Ave Maria,”  “chant,” and “prayer.”  I have at least four different rosary playlists and special prayer playlists.

Under “albums I’ll be buying soon,” check out this video (or, if you’re not a video person, just listen).  Wow.  I’ve read rave reviews about L’Angelus, and this is why.  (If you’re in a feed reader or email, you might not see the video below…so click here.)


There are plenty more Quick Takes at Conversion Diary.  Be sure to check them out! 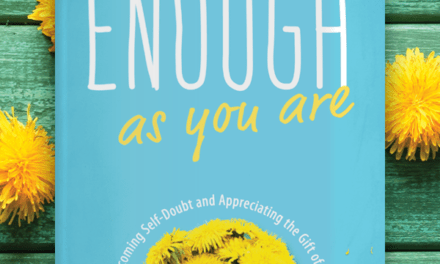