I don’t have time, while the baby digs into a basket she shouldn’t really be in and the three-year-old plays princess-explorer-schoolteacher, to do a lot of research, but I just had to share my saint for 2009 with you: St. Publius.

Pray for the sick

In the vicinity of that place were lands belonging to a man named Publius, the chief of the island. He welcomed us and received us cordially as his guests for three days. [Acts 28, 7]

A quick search led me to this paragraph from Catholic Online:

Martyred bishop. The prefect of Malta, he was described in the Acts of the Apostles as “the chief man of the island” at the time when St. Paul, who was being taken to Rome, was shipwrecked on the isle. Paul cured Publius’ father of fever and dysentery, and Publius and Paul became good friends. According to tradition, Publius became the first bishop of Malta and also the first Saint of Malta, suffering martyrdom during the persecution of the Church under Emperor Hadrian.

I do think he’s the guy I need in heaven for me this year, though I don’t have time to lay it all out. Let’s just say that the other three times I’ve done this (2006, 2007, and 2008), I’ve come out with new saintly friends and extra prayer warriors, and I’ve needed that. You can never have too many prayer partners, and with the whole host of saints, well, it’s going to take a while to get to know them all! 🙂

Via The Pious Sodality of Church Ladies, where you can get your own patron saint for 2009, with a kind nod to Julie at Happy Catholic for keeping me in the know. 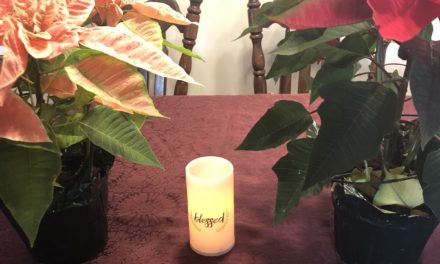 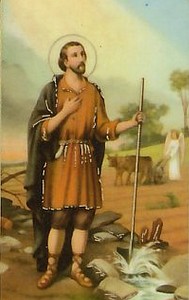