It was just a typical running-across-the-yard sort of thing, but this time, her foot slipped on the plastic of the kiddie pool.

It could have happened to anyone (well, anyone who was running across the yard toward said kiddie pool).

But it happened to her, on the very first moment of her summer break from school, the very afternoon of the last half-day of school.

Once again, in my journey through motherhood, I’m learning a lesson, and once again, the lesson has to do with saying Yes.

My daughter’s the one who’s hurt, but I am very much impacted. She’s restricted to crutches, and she’s supposed to elevate her ankle as much as possible.

“It would have been easier if had happened to your four-year-old,” someone told me over the weekend. Yeah, maybe. Then again, maybe not.

A few weeks ago, I sent emails to the folks I collaborate with for most of the pro-bono writing I do. “I need to take some time this summer to focus on my kids and my family,” I wrote, asking to take the summer off, in a sense.

Little did I know.

I’m still doing some writing this summer (possibly some pretty exciting projects), but I needed to cut down the distractions, the small time sinks, and I couldn’t really explain why. (No one asked me to explain why, mind you. None of these kind editors did anything other than salute me as though I was some sort of hero, which I am not.)

Isn’t it interesting how saying Yes in one area leads to a Yes in another? And why don’t I have the hang of this yet? 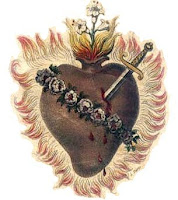