NOT Just Another Catholic Book

I received my copy of Rediscovering Catholicism: Journeying Toward Our Spiritual North Star, by Matthew Kelly, courtesy of CatholicsComeHome.org. I was intrigued by the title, but I was a little put-off by the marketing language on the back, and I rolled my eyes a bit before I made myself dig in.

I thought it was going to be just another Catholic book…you know, the “Catholics are right, and here’s why” variety.

What I found, instead and in spite of the strong marketing jargon on the back cover, was what I would unequivocally rank as one of THE best books about Catholicism I’ve read. I’d love to lend it out, but I’m not sure I can part with it…not only does it read as easily as a newspaper, it’s full of ideas and explanations that don’t require a Ph.D. in Catholic theology to understand.

I love how intellectual things Catholic can be. I love the fact that the Catholic faith isn’t just an intangible thing I have to trust (though it is certainly that too!), that it’s backed up by great minds and ongoing thought.

But I have found that it’s hard for me to share that. While I might be one to dig through encyclicals and great works of Catholic thought, those aren’t always the easiest ways to educated others (at least, not at first), whether they’re current Catholics or not.

In Rediscovering Catholicism, Kelly has taken the complicated language out without dumbing anything down. He’s given me a resource that can be easily passed along to anyone – and most especially other Catholics.

He gives tips for the tough things – living an authentic life, say – that make sense AND can be put into practice easily, even as he explains other difficult concepts – like mortifications – in a way that made me see, immediately, how to apply them.

He talks of witnessing and salvation with an enthusiasm that’s hard not to catch. This book burns with a fire that comes straight from the Holy Spirit, and the practical advice Kelly gives is perfect for us normal folk. He writes it as a real person, not as someone who assumes that their canonization will take place five minutes after their death.

My copy came with a postcard for six complimentary copies stuck in the middle. I sent it back and after they arrived, I had them given out with hardly a day passing. Everyone who’s been reading it agreed that it is easy to read – and I gave it to at least two friends who are NOT avid readers and who hesitated to take anything from me, knowing that I am. One of my friends, after reading the first chapter or two, declared, “We NEED Matthew Kelly to come and speak at our parish!” and before the week was out, everyone in the office had information on their desks about Kelly’s speaking arrangements.

This is a must-read-and-reread for every Catholic. It is one of the only books that I’ve read that I would (and will) share with non-Catholic family members. Check it out!

Six Advent Resources and One Giveaway of Welcome Baby Jesus

A Slim Volume with a Lot to Say 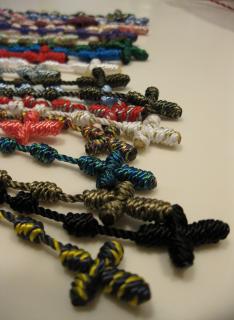 An Interview and a Scourging {Blog Tour, Day 12}