An overcast Friday afternoon might not seem like the perfect time for some action in the barn. Well, I heard the news and sent Prince Charming and Miss Muffet to the barn (WITH the camera!) to document the Lamb Move-in! 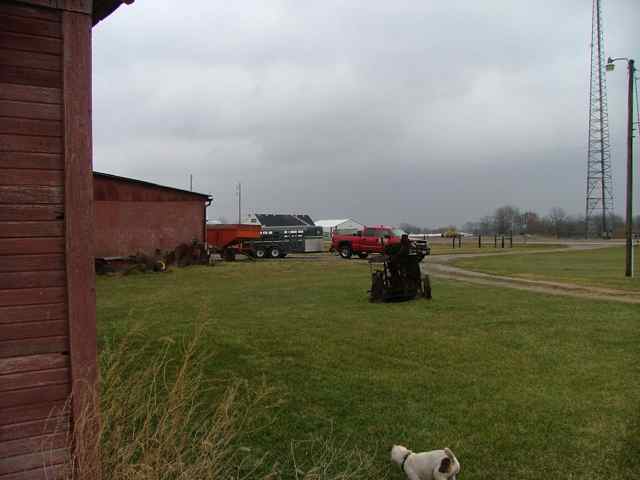 There’s the barn. There’s the annoying Jack Russell Terror, leaping ahead toward the barn joyfully. There’s Shepherd D’s truck and the trailer that holds the joy of my day. 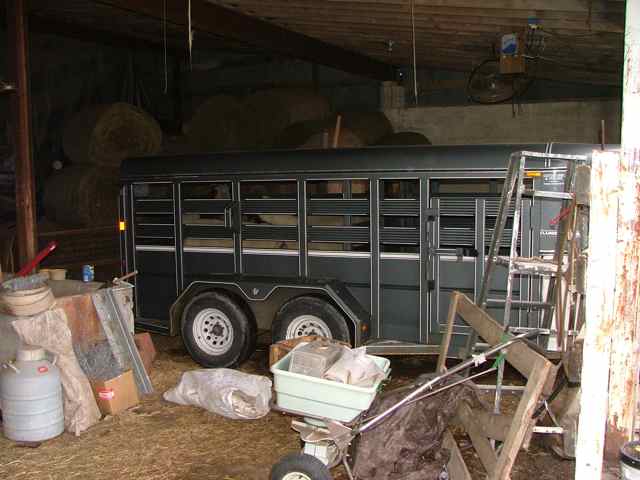 It looks just like any other trailer, doesn’t it? It’s in our barn (which only looks disorganized; I assure you there is a method to those piles and though I may not understand it, a barn is supposed to look barn-y, not house-y), and in it are… 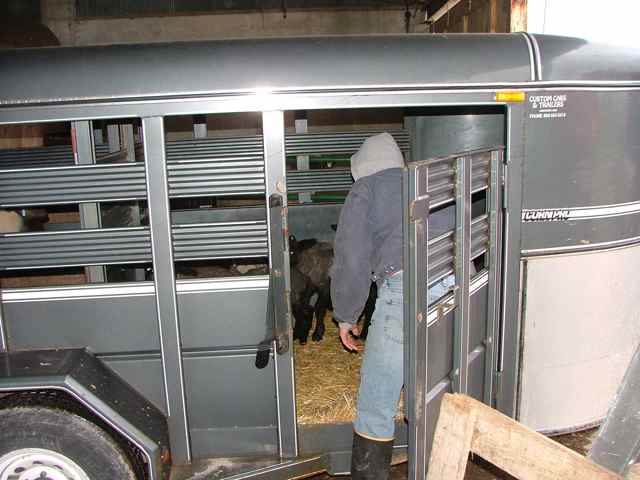 Can you see them? That’s Bo Peep, my lovely sister-in-law, going in to bring the young uns to their new digs. Their moms are in there too, but though I may be sympathetic to the moms, I don’t really so much care about them right now. Bring on the babies! 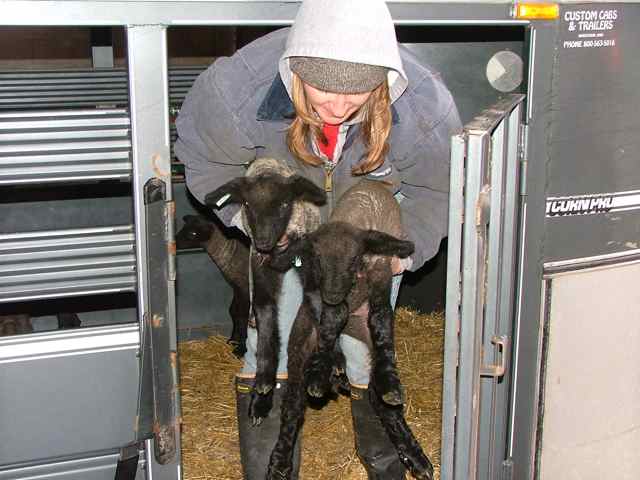 Bo Peep doesn’t know her brother took this picture. She also doesn’t know I posted it here. So if you talk to her, tell her you didn’t notice her anyway. I mean, how could you? Look at those lambs! They’re so fuzzy and leggy and cute! *pause for moment of elation* 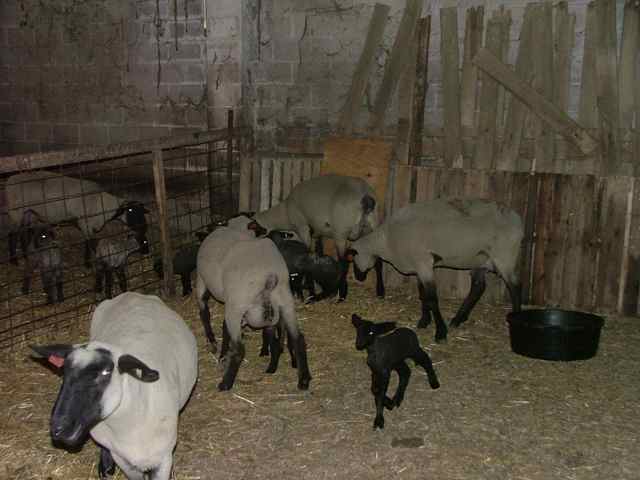 “Mom! Mom! Where are you?” That little guy is pretty panicked. Or maybe he’s joyful. Nah, these guys are too little to be joyful. But in a few weeks, they’ll be toddler lambs, and then… *pause for more moments of elation* 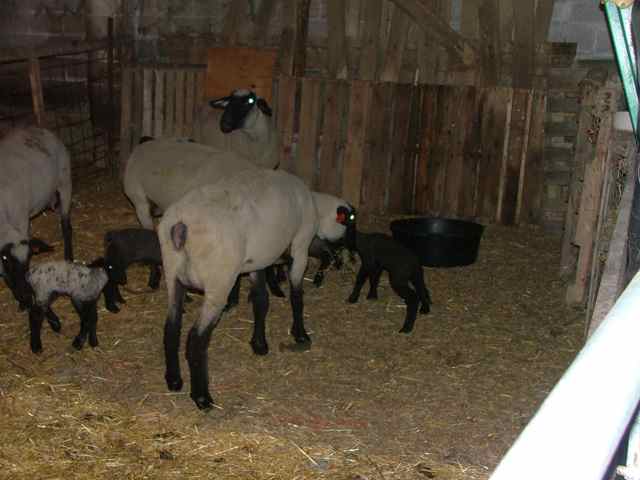 “Hey, little fella. You doin’ OK?” Looks like Mom found him. Or is it a her? I always have to be a bit obvious in checking. My nine-year-old nephew, on the other hand, can tell me their gender, their exact age almost to the hour, their parentage, what Daddy’s hoping happens as they grow, and which pen they’ll be moving to next week. And that’s not all. He also knows the difference between QR and RR and QQ and why any of that matters, how to band their tails and which ewes are going to act berserk. He has earned the nickname Mr. Farmer. Because he is. And he’s nine. But I digress from my admiration of lambs. 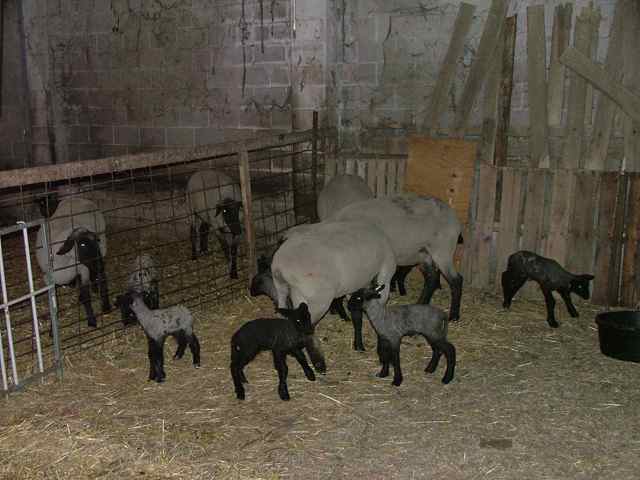 I leave you with this picture of barn bliss. Lambs, lambs, and more lambs.

Later this week, I’ll post close-ups from Prince Charming’s visit to the other barn, where he documented the girls bottle-feeding the orphan lambs and took some almost-as-cute-as-my-baby close-ups of some of these fuzzy-faced fellas.

The Weather – always interesting to talk about!

Wordless Wednesday: All That’s Left of the Corn

Word of the Day: Hope