In favor of posting that enlightens you, I’m giving in to the enthusiasm I have for the local horse farm.  Don’t say you haven’t been warned… 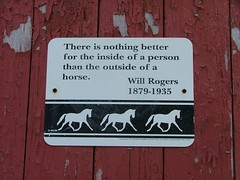 I’ve been wanting to go for three weeks or so, but there is SO MUCH that needs done around our place, so I wasn’t going to suggest it.  When my husband suggested it, though, I couldn’t help but think of how, every time she sees a picture of a horse, my nearly-two-year-old screams “ON!”  I remembered how we took our four-year-old, at about the same age, and she rode a pony for the very first time. 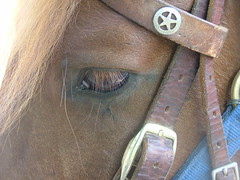 Granted, the nearly-two-year-old has wanted nothing to do with the ponies prior to this.  We offered her a ride the last time we were there, but she was not a fan of that.  No way.  She’d pet them, talk about them, yammer on and on and ON about them, but when we lifted her toward the saddle, she’d stiffen and scream and, in general, make our lives miserable. 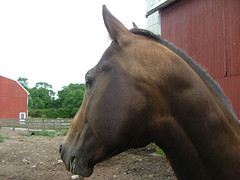 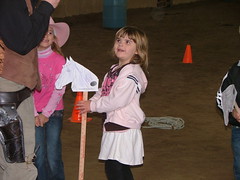 We made stick horses. 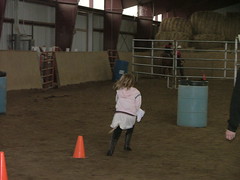 We cheered as our four-year-old raced in the stick horse rodeo. 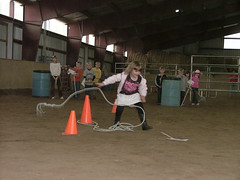 And, of course, we rode ponies. 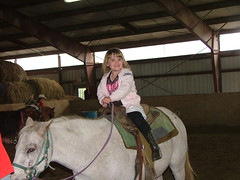 And we rode some more. 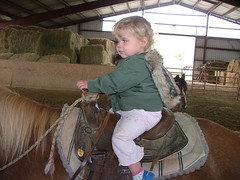 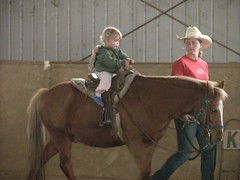 Our nearly-two-year-old has NO compunctions about riding ponies this time. 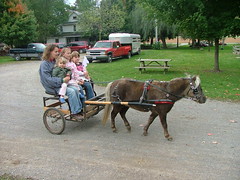 Wordless Wednesday: It Must Be Spring

All’s Fair in Sheep and Rides