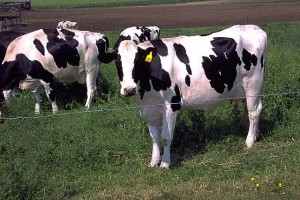 The discussion over Ohio’s Issue 2 has had me thinking for a month or so about agricultural things. I have a bit of a background in agriculture though it’s been hidden for a while, put on a back burner.  Back in my high school days, FFA is what gave me a glimmer of hope and inspired my desire to be a teacher.  I have a whole degree in agricultural education, and up until I student taught, that’s what I was going to do with the rest of my life.

During college, I learned a lot about agriculture from people who actually grew up on farms.  I was involved with the dairy club, though I had zero background with dairy animals or life on a dairy farm.  I just liked cows, and I was accepted into that group (though perhaps with a few raised eyebrows).

I did grow up in the country, though, and my dad had an agricultural background.  I credit that with what I now think of as my farm girl sensibility.  Through the years, one thing that has stuck with me and has continued to be reinforced in my various agricultural exposures: most people, and especially those outside the small percentage who actually work in agriculture, do not understand or fathom what’s involved in bringing the bounty of food from the field/barn to the store to their tables.  In that lack of understanding comes some very misguided conclusions.

I can’t help thinking, considering the mud-slinging I’ve seen in my inbox over Issue 2 (which passed, by the way), that some other folks could use some farm girl/boy sensibility.

Livestock animals are not pets.

There, I’ve said it.  It’s been simmering in me for weeks.  Now it’s out there.

I don’t agree with making laws by constitutional amendments (but I forgot to vote yesterday, so my voice was silent in the whole debate).  I also don’t agree with the humanization of animals that’s going on in our country.

As our dogs and cats — our pets, which are animals — become more important, have more rights, it trickles over into other areas, like animal agriculture.  As more and more people get a farther and farther distance from their country roots, livestock — cattle, swine, chickens, and so forth — start to seem like pets of a different nature.

The danger of that is that then the same parameters you use to determine if your dog — who you probably think of as a family member — is comfortable start to seem a logical set of criterion for determining if any other animal is being well tended.

The line between abuse and humane starts to look ridiculous, in other words.  And don’t be surprised when the price of your food starts to skyrocket.

The reason for some of the practices that you might not understand, that you might mistakenly think are inhumane, is to increase efficiency, raise productivity, and, in the end, keep the price of food low.

Unfortunately, you can’t have cheap food and livestock as pets.  Perhaps even more importantly, livestock do not need to be treated as pets.  (Your dog doesn’t either.  But that’s a different discussion.)

There’s a danger in this humanization of animals, a danger for us. If animals are equal to us — and I don’t believe they are, though I’m not in any way advocating abuse — then what’s the next step?  If abortion is a right we have already, and unborn babies aren’t people until some point that we’re all going to argue over in a quest to deny the Truth, how does animal rights encourage the dehumanization of us?

I’m out of writing time this morning, so I’m going to leave it at that.  For further reading, check out The Omnivore’s Delusion: Against the Agri-Intellectuals.  It should be required reading, as far as I’m concerned.

The Shoes that Took Over the House