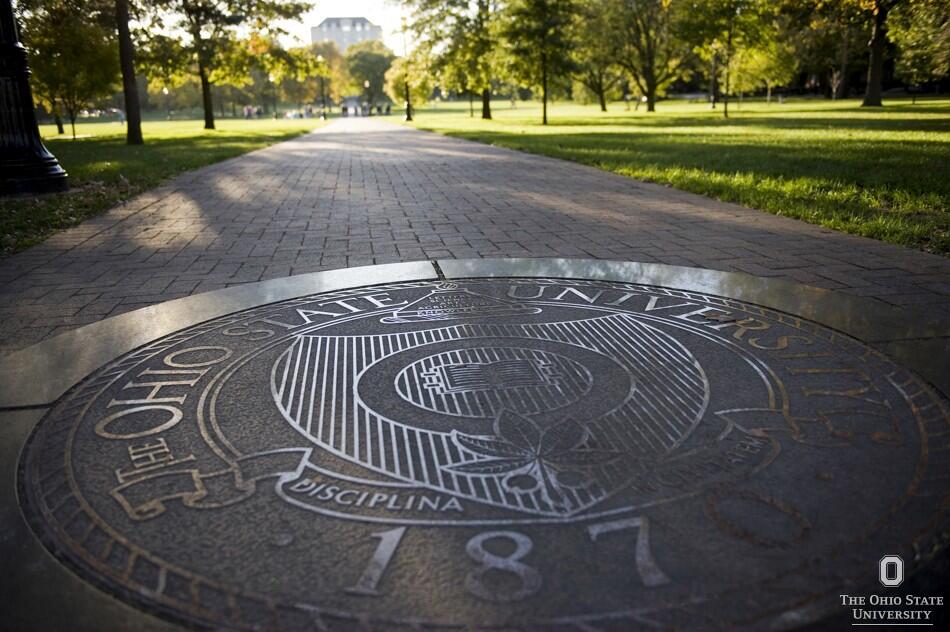 For some people, this is is just a nice picture. Maybe even a pretty view.

For me, it’s representative of one of my favorite memories and of an accomplishment I reached as a young adult. It reminds me of the first college goal I reached and of all that entailed. It makes me think of the three years of memories from my time on that campus.

It also reminds me of many mistakes I made. I can’t help it: I think of them when I see that lovely view.

But it also reminds me of a walk I took in July of 2003 with a young bearded man, who had just picked me up from the airport. I had flown out west to visit my grandmother, who was living with my aunt and uncle and dying. She died before I arrived, but my trip to visit them proved to be a blessing all around.

I flew back into Columbus to get a day or two of work in before I needed to fly back out to attend her funeral, which was yet another state.

Nice tradition, but I wasn’t one to believe any of the myth with the tradition. (I may or may not still roll my eyes at it.) I still really enjoy that walk across the Oval. It’s pretty and has meaning. And if you time it right, you get Chimes. (Pardon me while I have a nostalgic moment.)

During that particular walk, the guy who I was pretty sure I could marry asked me if I’d wear a ring.

I put it on and here we are, eleven years later. (I think it was almost to the day that we took that walk…)

I didn’t even want a ring. Yet when I lost my diamond, I was in tears and really shaken up. (And then I lost it again AND found it again, just in the last few months. No, really.)

That walk and that ring mean something more than what they are. They represent something.

And they’re my little glimpse at just what the sacraments mean to me.

What if some Grinch tried to steal the outward signs of the sacraments—the water, oil, fire, bread, or wine? Would we Catholics still celebrate the inner reality of Christ’s saving grace within? Of course! For us Catholics, the inner world and the outer world are intimately connected. To be sacramental is to see the presence of God reflected in the physical world. Catholics rely on the visible—signs, symbols, and gestures—to recognize and encounter the invisible God. The old Baltimore Catechism definition of a sacrament hit the nail on the head when it referred to sacraments as “outward signs.”

It speaks to me, this truth of the physical and spiritual being intertwined and inseparable. It resonates at a level that I can mostly only feel. Oh, I know there are words to explain and analyze it, and I’ve read them, internalized them, and even memorized some of them.

But it’s almost like the muscle memory that my athletic friends and family members assure me is real. It’s a reality that is, this integration of physical and spiritual.

God didn’t make us to be just body or just soul. He made us to be both.

Join the conversation at CatholicMom.com!

7 Things You Never Knew About the Pope, by Melissa Tamura