I sorta feel like I should include “I’m baaaaaack” with some creepy music, but I’ll spare you that drama and just carry on…

I’m trying a bit of a themed non-themed Quick Takes format…I so love the listing feature of 7 Quick Takes and I so love the daybooks I used to do that…well. Here we are. Something new? Or just something different?

I’ve been missing this space, my little online writing sandbox. Oh, I’ve been writing. And I’ve been busy. But I haven’t been here. The break that was a good thing turned into…something else. I’m still processing what that something else is, but I’m here again, carving out words from my keyboard and ready to dive back in. Or something.

Unbound: A Practical Guide to Deliverance, by Neal Lozano

Greg and Jennifer Willits caught my attention when they talked about this book on their show, and I ordered two copies. It’s been on my heart that I need to read it and, as it happens, my starting it lined up with Lent. As I’ve worked through it this week, I think that’s God at work.

The Second Greatest Story Ever Told: Now Is the Time of Mercy, by Father Michael Gaitley

I’ve had this on my shelf for quite a while, but it’s because of the Spiritual Direction Book Club that I actually picked it up. And now I’m having trouble putting it back down. Fr. Gaitley is such a good storyteller and the story he’s telling is compelling.

I went out of town and came back to a bound galley copy of this book in my mail pile, and what a blessing it has been. If you’ve read 33 Days to Morning Glory, then you’ll know what to expect, sort of. (If you haven’t, you should read that too!) I’m only on Day 9, and I know this: it’s a book that will shape my soul and help me grow closer to God through Divine Mercy and St. Thérèse.

My pick of the week 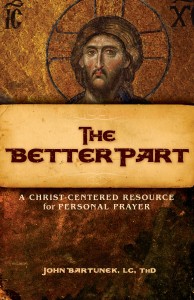 I have heard a lot of good things about The Better Part, by Fr. John Bartunek. I’ve read excerpts over on SpiritualDirection.com and heard Dan and Melissa talk about it on Divine Intimacy Radio.

But it has taken me a LONG TIME to be convinced to actually buy the book.

Last week, after it arrived, I read the introductory sections. And this week, I started to try to use it.

It hasn’t changed me from a distracted and horrible pray-er. I’m not suddenly more brilliant or more in tune with God.

But it has given me a method and a way to focus.

A recent read worth highlighting

On a trip I took recently, I had a chance to devour a novel.

And boy, did I ever enjoy it! 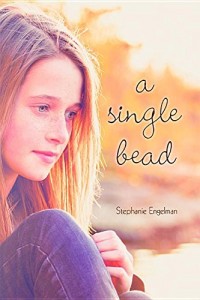 A Single Bead, by Stephanie Engelman, is not only well written: it tells a good story and taps into the heart of the reader.

The storyline explores death and prayer, but in a completely natural way. It also considers how adults don’t have it all together, how families, though imperfect, can pull together through hardship, and ways to pray and not be a total dork about it.

This book, while being unabashedly Catholic and Christian, is not unabashedly boring. It explores grief and depression and faces the burden of both. It’s also a perspective that feels very real: the teens in this book aren’t goody-two-shoes who pray all day, and there’s even a scene where there’s a “speed rosary” prayed. (That made me laugh.)

The characters have their flaws and foibles, just like real people. As someone who’s been hanging around teens for the last few years (though not living with them, tis true), it struck me as very spot on.

What I’ve been writing

Over the years, I have wondered how much Mary and I have in common.  First I wondered, because I wasn’t a mother and we lived in such different times.  Now I wonder, because I am not so patient or flawless in my mothering as I imagine she was.  I asked myself if she could possibly understand the frustrations, the challenges, the difficulties I face monthly, daily, hourly.  I pondered whether she actually looked, in real life, as pristine, as calm, as together, as she does in the various images of her.

I found my answer in Our Lady of Lourdes.  No, this isn’t an apparition of Mary in an apron with her hair sticking up and grime staining her hands.  It isn’t an apparition where the Blessed Mother admits that she was this closeto just pulling the plug on the whole Mother of God gig.  It isn’t affirmation for those who struggle with strong-willed children that they will ever be anything less than strong-willed.

At Lourdes, Mary appeared to a child, a child who was not very bright, according to her aunt, who was not very big, according to the fact that she was called by the diminutive form of her name, and not very remarkable, according to everyone who knew her.  Marie-Bernarde Soubirous, called by the diminutive Bernadette because of her tiny stature, was the oldest of six children born to a poor miller in France.  She was a weak and sickly child, prone to asthma and bouts of sickness.  There were a few times, when work was scarce and food scarcer, that her parents sent her away to live with relatives so that she might be better off, and it was during the last of these that an aunt, upon trying to teach Bernadette about the Catholic faith, dubbed her thick-headed and gave it up as impossible and sent her home.

You can read my entire essay, “Mary as ‘One of Us’ in Our Lady of Lourdes,” over at Integrated Catholic Life.

A glimpse of life 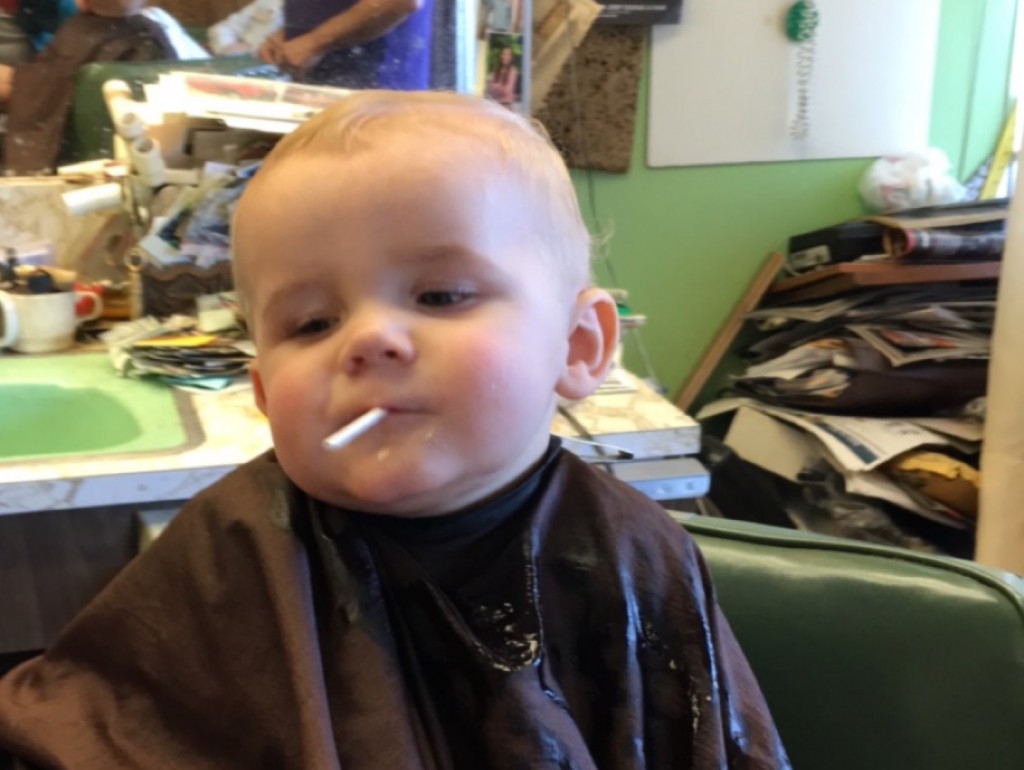 As it happens, the mnimancub got a haircut…and a lollipop.

Something to think about

Kelly’s not at the lyceum (and yes, I have googled what that is), but she is hosting the quick takes fun. You won’t want to miss hers. Trust me. 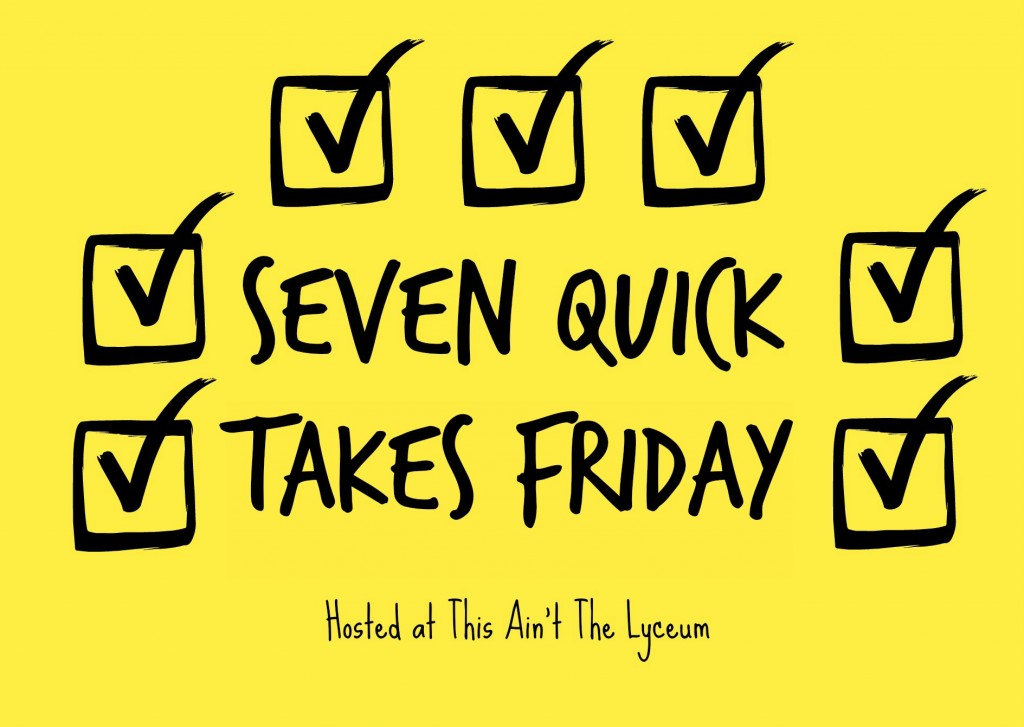