I have learned, over time, to be a bit careful when I’m soliciting review copies of books. You see, the inner editor in me has very little patience for shoddiness. That said, my inner reader can’t help but rhapsodize about those books that shine and really exemplify what’s great about well-written books…and the chance for discovering a gem is just too much…and so I end up reading a fair share of the former to find the latter.

When The Stoneholding, by James G. Anderson and Mark Sebanc, the first in the Legacy of the Stone Harp, arrived courtesy of the authors (along with its sequel), I was a little leery of it. For one thing, fantasy isn’t a genre I’m all that naturally drawn to. For another, there was a comparison on the cover with J.R.R. Tolkien. I’m not familiar enough with the genre to know about the publisher (and I didn’t do any research, preferring to remain ignorant rather than bias myself further), but it seemed to be ambitious, at the least. And, for a third, I had said “yes” to reviewing these books without any sense of whether I really wanted to read them or not.

What I found as I delved into this novel was a world that swept me away from my couch. The characters became human and the plot has me debating, almost daily, whether I can skip the other review books I have in my pile and just disappear for a few days to read the sequel.

It took me a few chapters to get into the fantasy groove, complete with a world that had different customs and names for things, a slightly different style of speech, and some things that just seemed weird at first. (See what I mean about not being a fantasy reader?) Once I was there, though, I was there.

The world in The Stoneholding is on the brink of a major change, and before the book’s over, there is major realigning of characters and more than one surprise. There’s a fair amount of adventure, coupled with wisdom and insight that does, in fact, remind me of reading other Great Books (including Tolkien). Here’s a sample that I actually marked in the book:

“First things first, as they say, even though it may be very hard sometimes to see at the beginning of an enterprise how the end is served. You’ll find, too, Kal, as you journey through life, that much will happen that will appear at the time to be blind and fickle chance, but will later be shown to fit into a larger more patterned scheme of things. That is how our lives are ordained, from the greatest to the smallest among us, king and thane, bard and yeoman alike. We accept the task of the moment without knowing or worrying whether it’s taking us backwards or forwards. It’s like an intricate dance, a cosmic dance, in which we are asked to play our part, so long as we don’t stand by our own wisdom and insist on dancing a haydigee when a jig is what’s called for.”

This book feels very crafted to me, the way fine furniture is. I highly recommend it.

If you want to read more about this series, here’s the website. I’m also copying the back cover text about the book, since giving away the plot is always my fear in fiction reviews:

Darkness looms over the ancient world of Ahn Norvys, and the Great Harmony of Ardiel lies rent asunder. Prince Starigan, heir to the throne, has been abducted and power has been usurped by a traitorous cabal

In the mountainous highlands of Arvon is the small but ancient community the Stoneholding, which has held out against the gathering forces of the evil Ferabek. Here by tradition, from earliest times, the High Bard has resided as guardian of the Sacred Fire, as well as the golden harp called the Talamadh. But in his search for the lost prince, Ferabek has attacked the Stoneholding with his Black Scorpion Dragoons and razed it to the ground. Wilum, the aged High Bard was forced to flee for his life with a ragged band of survivors, including Kalaquinn Wright, the wheelwrights’s son.

Kal, green in years and understanding, was torn from his pastoral life in a remote highland clanholding, and thrust out onto a broader stage in a journey of danger and escape, discovery and enlightenment. Now, as night covers Ahn Norvys, he must save what remains of the hallowed order of things and seek his destiny, a destiny that lies far beyond the Stoneholding.

He must somehow find Prince Starigan and rekindle the Sacred Fire.

Stopping at Amazing Catechists with CFF

The Power of Respect 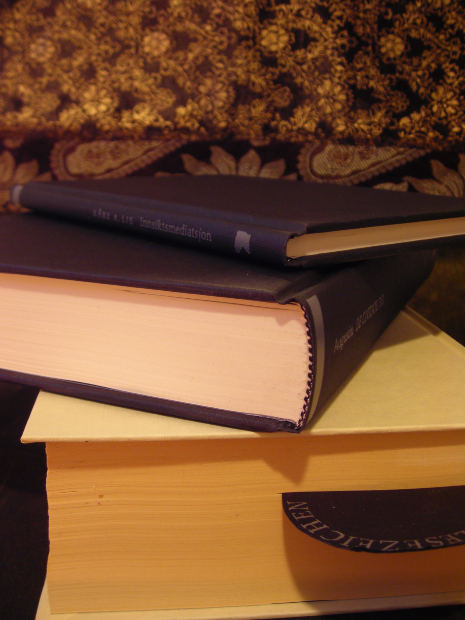 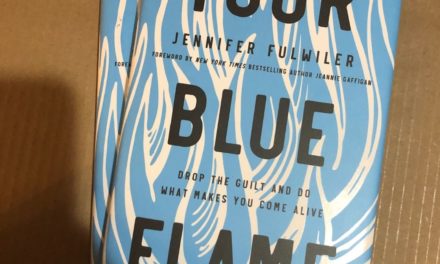 Set the World on Fire with ‘Your Blue Flame’