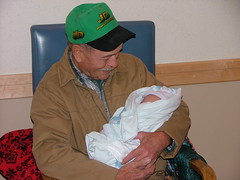 I don’t usually post more than twice a day, but I am breaking my own rule to ask for your prayers for my father-in-law.  My mother-in-law just called me (it’s 8:18 AM as I write this) to tell me that the squad came to take him to the hospital.  He was hacking in a more alarming way than usual this morning, and she found him in a pool of blood — he has a nosebleed that won’t stop.

On the one hand, I guess this means I can’t call him to come and fix that silly pipe under my sink.  On the other hand, I guess I have an intention to offer up my little irritations for today.

But, really, I just hope it’s not symptomatic of heart complications (we had some scares in July) or some other scary thing that could turn the week completely around.

Mother Mary, hold Poppa Gene close and help us to accept God’s will for him…and for us.

I just talked to my mother-in-law.

They’re admitting Poppa Gene.  They can’t cauterize his nose; he will have a catheter in his nose until Sunday or Monday.  He’s on pain meds now, so I guess things are better, but he was screaming in pain at one point and told Ann it’s been worse than three tours in Vietnam.

He’s in observation now.  More as I know it.  Many thanks for your continued prayers.

No more real news, but I did call and find out his room number at the hospital.

They are not sure why he is/was spontaneously bleeding from his nose.  He is resting comfortably.  My mother-in-law has slept some, but is rather miserable (worried and anxious, I think, plus her back has been bothering her).

I won’t post more updates on this post, and hopefully I’ll have good news in a couple of days when he comes out of the hospital a new man.

Thanks again for your prayers, kind comments and emails, and your support. 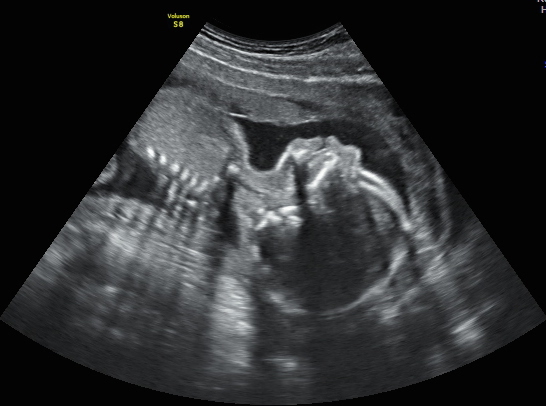 In Which We See #4 Close Up