Revving up for the Lenten Journey 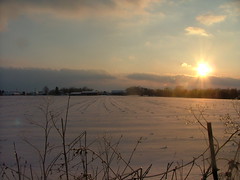 I am sharing this not-as-brief-as-I’d-like outline of my Lent plan here, because I find it helpful when I read about what other people do. Rather than always being the lurker who reads, I wanted to share. Take what inspires you, leave what doesn’t, and, if you feel called to, share your Lenten approach in the comments.

I’ve been thinking about Lent for almost a month. That’s not because I’m extra-holy, but more an indication of our new, earlier bulletin deadlines for the parish. (It’s awesome to have a four-color bulletin free of charge. The earlier lead time, though, has taken some getting used to.) I’ve also been thinking about Lent because I stumbled upon the Pope’s Lenten message (which he gave back in December!).

Lent always makes me think of fasting. Growing up non-Catholic, but Christian (mostly Methodist), we often gave things up for Lent, of the chocolate or candy or cheeseburger variety. It was hard when I did it then. It’s hard when I do it now.

What I don’t remember learning then was that there are two more prongs to Lent. The fasting isn’t just about giving something up; it’s also about giving back and giving in (outlined last year in this post). Lent is about fasting, yes, but also about almsgiving and prayer.

This year, approaching Lent, I could think of, oh, about 500 things I could give up. “How about blogging?” that insistent little voice in my head whined. Um, yeah, NO WAY. (Why? Because that voice, that particular voice, doesn’t belong in my head, and it doesn’t belong to the Holy Spirit either. I don’t think fasting on blogging is what I’m called to, at least not right now.) There’s always the old standbys, coffee and chocolate. The year I gave up coffee for Lent — I felt is as strongly as another voice in my head — I conceived my oldest daughter and couldn’t drink coffee (the very taste of it made me throw up, much to my horror and nine-month-long sorrow). The year I gave up chocolate…well, I guess there was a lot of room for the people around me to grow in patience.

For me, the fasting part of Lent doesn’t refer to giving up a bad habit (giving up impatience is such a novel idea, though I’m sure, for me, that giving it up for Lent would last at most 30 seconds with that approach). I’ve also never been inspired to give up something like blogging or TV or, well, anything that’s not food. That’s not to say I never will. During this last Advent, I felt called — called — to turn off my iPod. I think there’s a lesson, one that I’m just beginning to explore, about my relationship with food and how it ties into my relationship with God.

When I give up a favorite food, something that hurts, I’m learning discipline in a way I never have before. And this year, I feel like I’m dropping the gauntlet. We’ll see how it goes…except that I know how it’s going to go, don’t I? It will be hard, and I’ll slip here and there, but in the end, on Easter morning when that forbidden delight is in front of me, my attachment to it will be only as old friends and not as lovers.

And that, that, is what the fasting part of Lent is about for me.

To kick things off, on Ash Wednesday, I am adding some additional fasting to my plate. You won’t find me online, except as I have to be with my work in the parish. I won’t be replying to my personal email (one day won’t kill anyone, and that means me!); I won’t be ping-ing my updates and pithy thoughts and kid insights to Twitter and Facebook and then replying to the replies; I won’t be catching up on those however-many-hundreds of blog posts I have to read. Oh yeah, and I won’t be blogging. (Um, but that’s just for tomorrow. And probably Good Friday. Because I’m not giving up my online stuff for Lent, remember? Did I mention I’m glad for that?)

In addition to fasting during Lent, I’ll also be focusing my reading list a bit, as I usually do. In past years, that has meant that I cut out all fiction, but this year, after talking to my spiritual director and doing some inventory, I’m going to be including fiction, Catholic fiction. For me, there are many lessons that are learned best through a story and many dreams that become possible in another world, the world of make-believe. There are some nonfiction works in the line-up too, a couple of them direct takes from a conversation with that wise spiritual director of mine.

And then there’s the “other stuff” of Lent. Last year, it was during Lent — somewhere around halfway — that I started praying Evening Prayer, and found a rhythm that lasted me well into the summer and became a mainstay for sanity. Last year, sometime during Lent, I began to observe Offline Evenings, which have since become the rule and not the exception — there is never more than one evening a week, if that, when I am online, or, for that matter, on my computer in any way. Months later my husband admitted that yes, he could see a difference in our life together. With that in mind, at Kate‘s suggestion (in #5 of this post), I’m going to be taking the Love Dare.

This year, I also think confession is going to be a big part of my Lent (in part because I can’t get it out of my mind, and it’s that voice in my head that doesn’t belong there and usually indicates the Holy Spirit bringing it up all the time).

But who knows? Lent is a time when I find myself open to God’s grace, able to bend and move and try. Anything’s possible!

Every year, during Lent, I find myself changed. As I give up, give in, and give back — as I sacrifice and fast, as I find a way to give more, as I discover service in new and deeper ways — there’s a fundamental part of me that shifts, ever-so-slightly, closer to the person God created me to be.

Is there a longing for God? {An Atheist and a Catholic}