That morning, I woke up a half-hour before I had to because of a beep. It was an insistent kind of noise, and it didn’t take me long, in my barely-awake state of mind, to know that it was the smoke detector, beeping because the battery was dying. But where was it? We went around the house, not frantic but not wanting to waste any more of our sleeping time than we had to. It took us three beeps to find it.

It got me thinking, because I couldn’t go properly back to sleep, about how God sends beeps in my life. They come well before the battery dies, and they have the same insistence that the smoke detector did that morning.

It’s far better to replace the battery in that annoying smoke detector, even when it goes off at an inconvenient hour. Imagine what would happen if the battery died without the beeping! Would we get out of the house before we suffocated? Well, I might ask myself in my reasoning tone of voice, what are the chances that there will be a fire? Well, the other side of my brain replies, is it a risk you want to take with your life, with your husband’s life, with your child’s life? Um, yeah. Good point.

In the same way, when God sends me these little warning beeps, I have a choice. I can ignore them. Eventually, they will go away, because the battery will die. But what will happen when there’s a fire? I’m assured that there will be, because the devil is a tricky fellow who is always waiting for the battery to die. In fact, he’s often the voice, urging me to just give it one more day, it won’t die NOW anyway. Nah, it won’t happen to me. Fire, schmire. What’s the big deal? It’s all too easy to listen to this nagging voice, especially when it’s the middle of the night and my warm bed beckons. It’s all too comfortable to just let things go naturally, let them take their course. After all, the voice continues, isn’t that what GOD intended?

And there stands God, waiting for me. His arms are open, and He heard my screams. There He is. Maybe it wasn’t a big fire, and maybe it was. But someday, I might not wake up in time to scream. Guess I’d better get busy replacing batteries. 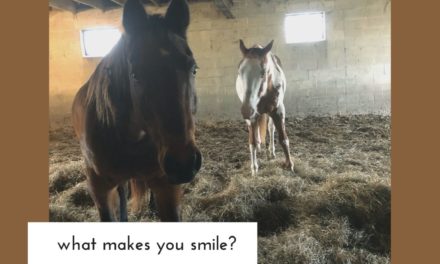 Relief from a Bad Day

The Witness Talk of Many Tears