So much to be thankful for

There’s something about bad news during the holidays. It has a way of putting things into perspective. I find myself projected from the what-if scenarios in my head to the here-and-now of the facts.

A few months ago, Poppa Dean started not feeling so hot. That might not seem so unusual, given that he passed 80 last year, but he’s so chipper and upbeat and active that it was unusual, especially when it persisted. He went to a few doctors, and I watched worry quietly. (Well, not so quietly. She made sure they kept looking for the source of the problem.) Finally, they admitted him to the hospital, and they thought they found the problem. and Grandpa Dean went home with medicine and hope that everything would end happily ever after.

The problem, though, intensified, and they left their small town hospital and came down to the . The ER admitted him immediately, and scheduled an endoscopy, which revealed a mass. Surgery the next day – yesterday – confirmed ’s fears and the doctor’s unvoiced suspicions: cancer in his stomach wall. Unoperable, because it was completely worked into the stomach lining. They hooked up his small intestine to his stomach, so he could start eating again, and delivered the news that he has six months to live.

Six months. After 80-plus years, there’s a lot to be done. There are grandkids to cuddle, and a wife to snuggle, and goodbyes to say. There are likely loose ends and regrets and memories to share.

How do you die when you know it’s coming? For that matter, how do you die? Faced with the news of the end of your life, what do you do?

The advantage Grandpa Dean has is warning. He knows he has six months (give or take). None of the rest of us have that assurance. So, this Thanksgiving, I have a reminder about how I should be living and loving, all to the tune of Tim McGraw’s “Live Like You Were Dying.”

This Thanksgiving, as the table in the kitchen – the long one that’s happiest when it’s filled with hungry people and that has memories of the large family that used to live here – is filled with people I love, I’m going to do some cherishing and offer up some thank yous to the Guy Upstairs who blessed me with them. I’m going to think less about the dark circles under my eyes from the littlest one and bruises on my ego from the bigger one and more about what a gift they are. I’m going to hug my brother – the one who I have such fond memories of beating in our childhood and such strong desires to continue to pound every so often – and thank God that he chose to make the ten-hour drive to celebrate a holiday and a baptism with us this weekend. I’m going to give my husband a kiss – a real kiss – and maybe even a little squeeze, because, well, I can and he needs it today (gotta give him something extra for his thankful list!). While I pray for peace for Grandpa Dean and and the family, I’m also going to be thankful for the gift of him in my life for the last five or so years since they married.

I’m going to spend my weekend looking into faces and pictures and thinking about how blessed I am to be here today. 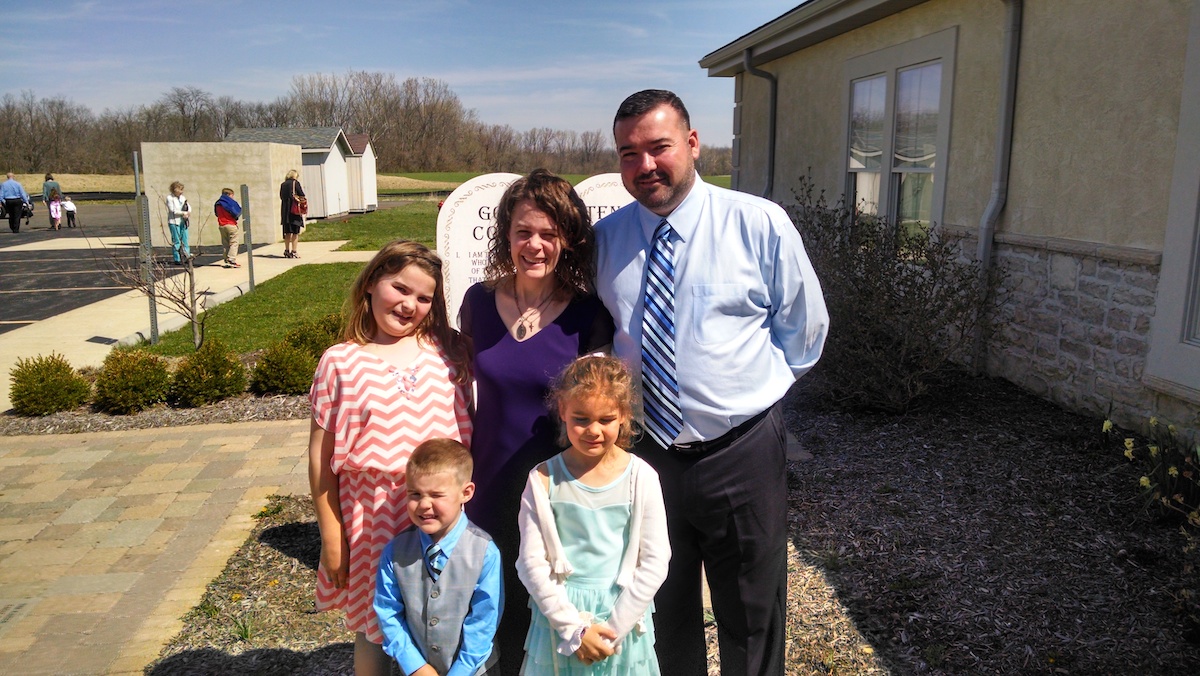 This Week in Pictures

A Walk in the Woods, by Katharine Grubb

Litany of Thanks for the People in My Life