Outside my window: Dark, but not for long. There’s rain too, but it’s just drizzly and cold and trying.

Rambling thoughts: I’ve been doing an OK job lately of including the upcoming Sunday readings as part of my morning devotional time. This week, I’m reflecting on the Palm Sunday readings and they’re long. They force me to sit still longer than I would normally. And I think that is good and that it’s preparing me for Holy Week in a new way.

In thanksgiving: For the alarm on my phone that triggers prayer. For texting family I didn’t used to talk to that often. For the surprise smiles from the people around me. For confession.

Folded hands, bowed head: For a dear friend and spiritual sister. For discernment. For patience with myself.

Kitchen meanderings: Have you checked out Rouxbe? Let’s just say that, if I didn’t behave myself, I could be online all day long, finally learning the skill set I’ve needed for the kitchen. That said, we’re eating simple and easy lately…favorite foods like casseroles and cheeseburgers.

Nose inserted: I just started Rachel Balducci‘s How to Tuck in a Superhero? last night. I’m still chuckling, and I can’t wait to pick it back up later today. It’s the kind of book I’m going to whip right through and then regret finishing. And it’s the kind of book I will be sharing with everyone I know.

Recent reads: (to be reviewed…sometime soon!)

In my ears: My Ave Maria playlist. It seems to be what I need, at least for the last few days.

Around the house: Silence, for a while more at least.

A favorite thing: When my husband turns off the TV, despite it being his favorite time of year, and asks me if I think we should go to the h-o-r-s-e farm. I said Yes.

A favorite thing: When my husband turns off the TV, despite it being his favorite time of year, and asks me if I think we should go to the h-o-r-s-e farm. As a companion favorite thing (or two), the shrieks of delight from the girls (self included) and the resulting lingering aroma in the car the next day. 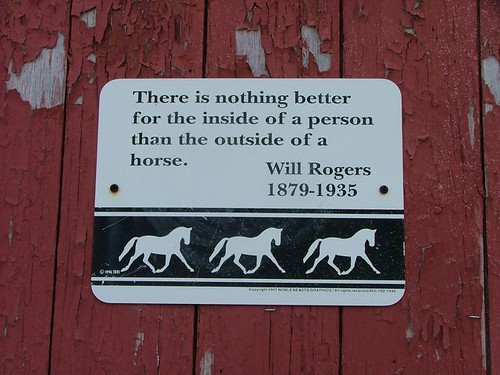