The Baby Made His Rounds

He was quite a fan of Karina Fabian (and I don’t blame him): 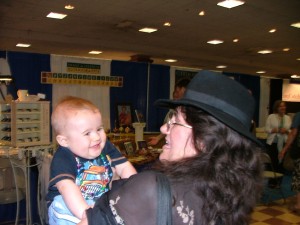 Jerry Webster was a source of ongoing amusement for him, which is attributable in part to the Grandpa Magic that Jerry has: 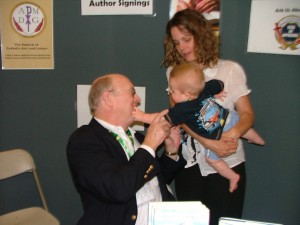 Ellen Gable Hrkach had a chance to see his “squishy face” in action: 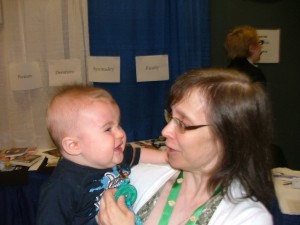 Lisa Mladinich and her daughter (who I have blog-named “Rose”) were favorites through the week, and we were so blessed to room with them: 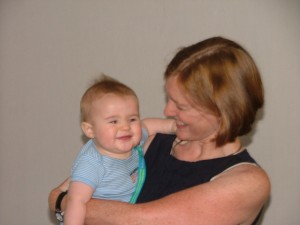 Lisa Hendey is a big fan of babies, and, as it turns out, so is Jen Minson (right), who made a special trip to have coffee with us (and she brought her two girls, who were utterly delightful): 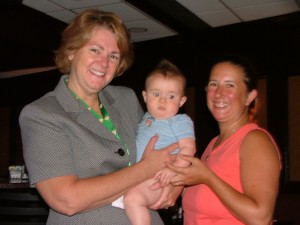 John Michael Talbot refused to disturb the sleeping baby. His wife, pictured right, loves babies, so I didn’t have to twist hard to have them pose for a picture. (Yes, it was shameless of me. But…isn’t this a great picture? They were really that reflective about it.) 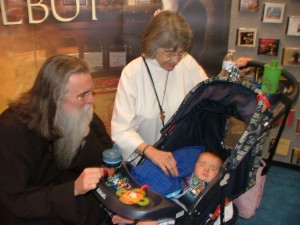 Be a Mother to Us Now

We Interrupt this Vacation…

The Assumption This Year