The Mystery of Joseph 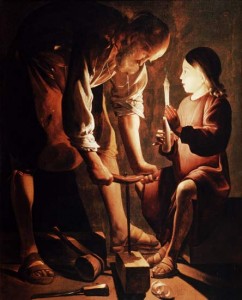 My devotion to Saint Joseph started, in earnest, three years ago. A couple of events happened that seemed inexplicably linked to him — my husband had a fabulous job opportunity and our second daughter was born, all during the span of a nine-day novena to him, asking for guidance and help, before any thought of a new job was in our minds.

In the last year, especially, I’ve felt a pull to learn more about this mystery man of the Holy Family. Earlier this year I read and reviewed Go to Joseph, and it made me reflect even more about Joseph’s important role. The increase in Marian reading that I’ve been doing in the last two years has also exposed me more to Joseph; how could it not?

I can’t help but think of Joseph as the sort of guy my husband is, which is about the highest compliment I can give either one of them (though I don’t intend to compare myself with Mary!). Joseph, like my husband, was strong and silent, made the best of what he was given, and, above all, fostered a deep, unwavering devotion to God. 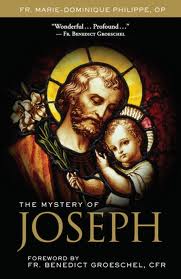 All of this is a long way to introduce a book that has fostered my devotion to Saint Joseph even more, The Mystery of Joseph, by Fr. Marie-Dominieque Philippe, OP, which I received as part of the Tiber River Blogger Review program.

This book was equal parts challenging text and enlightening devotional. It wasn’t supposed to be a book; it’s a compilation, instead, with the first part being an introduction Fr. Philippe originally wrote for another work and the second part being a series of his lectures.

Though we don’t have much about or by Joseph in Scripture, what we do have is very significant. Fr. Philippe writes in a way that reminds me of the way our parish priest teaches his Bible studies: conversational and approachable without sacrificing any of the scholarly elements. He points out the obvious and then takes it past what’s evident.

Joseph becomes, through Fr. Philippe’s writing, an even more tender and generous man. He’s transformed from a strong and silent background figure to a brave and devout hero, someone who risked all he had and all he was for a woman he recognized as the most amazing woman to walk the earth.

Through The Mystery of Joseph, I realized that Joseph was, as much as anyone in the Old Testament, a prophet. His silence was as much self-imposed, his way of respecting the role God — and Mary — asked him to play in the life of the Savior.

I have a feeling I’ll be rereading this book in the next year. There’s so much GOOD stuff in it: wisdom about Saint Joseph, insight about the Holy Family, food for thought and reflection and prayer.

This book gets my highest recommendation and a spot on my Favorite Books shelf. Hope you enjoy it too!

This review of was written for the Tiber River Blogger Review program, created by Aquinas and More Catholic Goods. 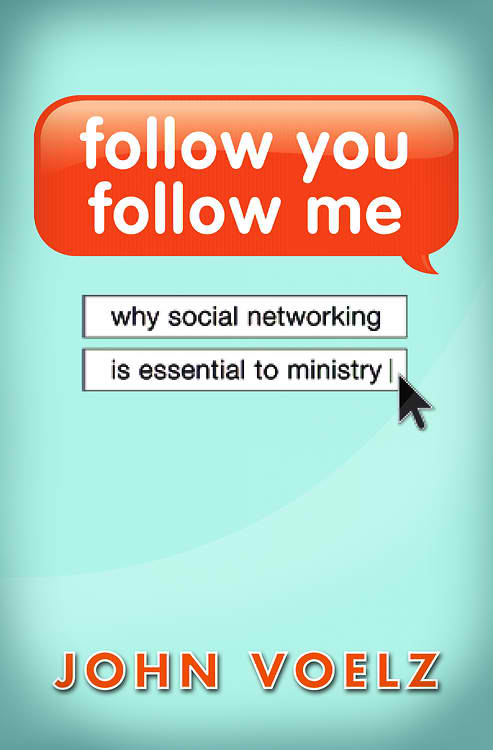 How do you pick what to read next? 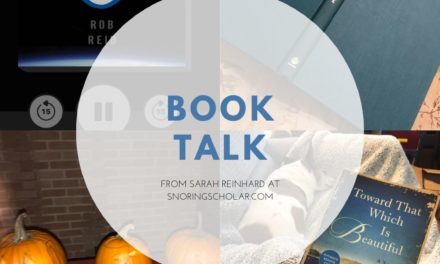