The Quest for Peace 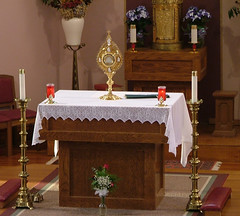 There was no movement. I was alone. The only sound was the creaking of the old church. In front of me was the gold monstrance.

I was surrounded by silence.

What, exactly, was I supposed to do for an entire hour?

Never before had I had an experience like it. When our parish began its Eucharistic Adoration program, I signed up, because I’m a signer-upper and a supporter and, hey, it sounded like a great idea. I believed them when they said it would change my life. I heartily took a hard-to-manage so-early-it-was-dark hour and marched in that first time with a 30-pound bag of stuff to do.

And there, face-to-face with Jesus, I found something I had never before experienced in such a way: peace.

The rest of this week’s column, which also ties in Our Lady of Medjugorje, is over at Today’s Catholic Woman. 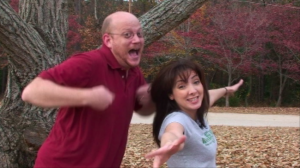 Only Say the Word