The Screwtape Letters, by C.S. Lewis

The Screwtape Letters, by C.S. Lewis, is such a delightful book, and I had the joy of rereading recently, thanks to a summer book study with other women in our parish. Since I was the facilitator of said group, I had to do my legwork, but the real enjoyment for me came from the discussions that meandered all over, from topics that pertained to each of us as humans and others that were specific to our role as women, wives, mothers, sisters, daughters.

The premise of the book is that a senior devil/tempter, Screwtape, is writing to his nephew, Wormwood, about Wormwood’s “patient.” Everything is backwards – what’s good to Screwtape is NOT good to us. When he refers to Our Father Down Below, he’s talking about Satan, and the Enemy is God. This alone is enough to delight me as a reader.

The Screwtape Letters struck me, the first time through, as though it was one of the best examinations of conscience I have yet found (admittedly, I haven’t looked very hard). It made me consider sin in a whole new way. It made me think about angels and demons – especially demons – as workers with a stake, and as forces that I can beat, but not alone. It made me see the need for God in my life ever more, ever more.

The second time through, I was reading more carefully. Since I had listened to the audio version the first time, different things leapt out at me when I went back through it with the book study. I was again struck by the fact that this was, in effect, a description of ME, and it was a starting place for an examination of conscience.

When He (God) talks of their losing their selves, He only means abandoning the
clamour of self-will; once they have done that, He really gives them back all
their personality, and boasts (I am afraid, sincerely) that when they are wholly
His they will be more themselves than ever. Hence, while He is delighted
to see them sacrificing even their innocent wills to His, He hates to see them
drifting away from their own nature for any other reason.

Lord, help me to abandon my self-will! Thy will, NOT my will!

All virtues are less formidable to us once the man is aware that he has them, but this is specially true of humility. … Let him think of it (humility) not as self-forgetfulness but as a certain kind of opinion (namely, a low opinion) of his own talents and character. … Fix in his mind the idea that humility consists in trying to believe those talents to be less valuable than he believes them to be. No doubt they are in fact less valuable than he believes, but that is not the point. The great thing is to make him value an opinion for some quality other than truth, thus introducing an element of dishonesty and make-believe into the heart of what otherwise threatens to become a virtue.

This explanation of humility made me look inside myself. It made me consider how often I am guilty of this very misconception of the true nature of humility. How often have I been dishonest with myself rather than allow the virtue to be just that?

The Enemy wants him, in the end, to be so free from any bias in his own favour that he can rejoice in his own talents as frankly and gratefully as in his neighbour’s talents – or in a sunrise, an elephant, or a waterfall. He wants each man, in the long run, to be able to recognize all creatures (even himself) as glorious and excellent things. He wants to kill their animal self-love as soon as possible; but it is His long-term policy, I fear, to restore to them a new kind of self-love – a charity and gratitude for all selves, including their own; when they have really learned to love their neighbours as themselves, they will be allowed to love themselves as their neighbours.

How often do I feel that bite of…what is it exactly?…when someone else gets the glory or does better than me?

Even of his sins the Enemy does not want him to think too much: once they are repented, the sooner the man turns his attention outward, the better the Enemy is pleased.

So what the devil really wants, it appears, is for me to hang on to those sins after I’ve left the confessional. I am not being especially repentant when I don’t let go, I’m being something else. That is not what God intends.

He (God) would therefore have them continually concerned either with eternity (which means being concerned with Him) or with the Present – either meditating on their eternal union with, or separation from, Himself, or else obeying the present voice of conscience, bearing the present cross, receiving the present grace, giving thanks for the present pleasure. … Biological necessity makes all their passions point in that direction (the Future) already, so that thought about the Future inflames hope and fear. Also, it is unknown to them, so that in making them think about it we make them think of unrealities. In a word, the Future is, of all things, the thing least like eternity. It is the most completely temporal part of time – for the Past is frozen and no longer flows, and the Present is all lit up with eternal rays. … Hence nearly all vices are rooted in the future. … His (God’s) ideal is a man who, having worked all day for the good of posterity (if that is his vocation), washes his mind of the whole subject, commits the issue to Heaven, and returns at once to the patience or gratitude demanded by the moment that is passing over him. … We want a whole race perpetually in pursuit of the rainbow’s end, never honest, nor kind, nor happy now, but always using as mere fuel wherewith to heap the altar of the future every real gift which is offered them in the Present.

This brings to mind so much of my present life, and my worries about the future. It made me consider my own reasons for not having more children, right on top of each other (and I have read some things lately that have made me put everything under a microscope, let me tell you). It also made me consider, yet again, “Thy will, NOT my will!” The Present Moment, that is my concern. What difference can I make NOW? What can I share, what can I do for my neighbor, how can I serve my God NOW?

Surely you know that if a man can’t be cured of churchgoing, the next best thing is to send him all over the neighborhood looking for the church that ‘suits’ him until he becomes a taster or connoisseur of churches. … The parochial organization should always be attached, because, being a unity of place and not of likings, it brings people of different classes and psychology together in the kind of unity the Enemy desires. The congregational principle, on the other hand, makes each church into a kind of club, and finally, if all goes well, into a coterie or faction. … The search for a ‘suitable’ church makes the man a critic where the Enemy wants him to be a pupil.

Ah, and last but not least…this passage. On the heels of a summer in which I have considered – though never TOO seriously – changing my membership. I admit, I duck and run. Some of the turmoil in my life lately has made me think, “ah, a new parish could take care of that.” The folly, though, is that a new parish would just have its own set of problems. Just last night I had a dream in which I met Kimberly Hahn (oh yeah, and Scott too), and I had just joined the same parish as them. It was a parish where the ushers forced you (like with guns) into a cry room if your child made any noise. Um, yeah, I have a kid who makes noise during Mass, well, during the whole of her waking time. And I have a great parish family. Why would I want to change it? Why not stay and be a part of the solution? Well, you see, that’s not part of the duck-and-run mentality, especially when it’s heaped full of stress and other things. But, by the grace of God and the wisdom of C.S. Lewis, I am reminded again of why I stay, and why I will stay.

Be sure to make time to read this book. It’s relatively short, available even at my small town library, and the audio version is quite stunning. 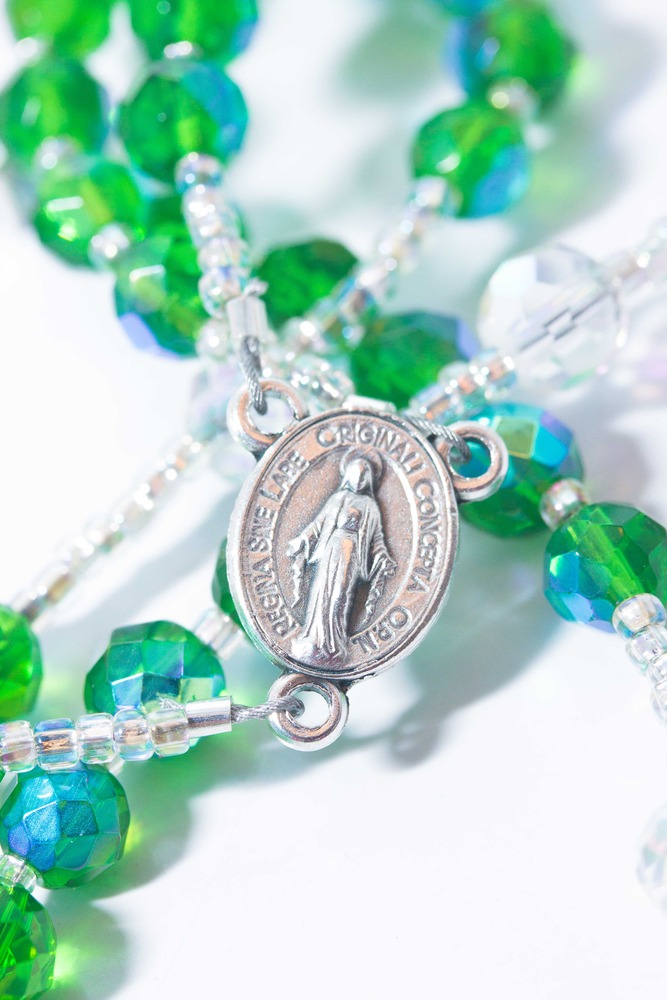