I mentioned the other day that one of the lessons I’ve learned from my summer sabbatical is that God will provide.  He doesn’t always provide what I want, but He always, always provides what I need. 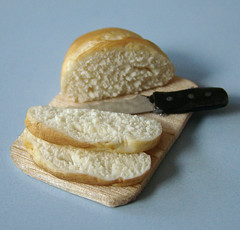 This summer, what I needed, more than anything, was some time away.

In that time away, I found peace.  In that peace, I found that everything I’ve needed has always been here.

It was never farther than my asking.

In fact, I didn’t have to ask.

In June, my husband looked at me and said something that shattered me.

“I think you’re depressed.”  He thought, in fact, that I had been depressed for months.

How could this be?  Surely I wasn’t suffering from something so cliche as depression.  I wasn’t ready to kill myself, after all.  Come ON, I thought, there’s NO WAY.

Then I started paying attention.  I couldn’t close my eyes to the little signs and symptoms.  I had to listen to the voices…the voice of my husband, the voice of my spiritual director and boss, and the still, small voice.  They were all telling me that something had to change.

The change was eight weeks long, and it has been a journey.  The battle I began with has become less center-stage, and I have wondered, over and over, if my struggle, at the heart of it, was one of trust.

I think, sometimes, that when I ignore that small voice, that call from above, that inner wisdom that isn’t mine, that I make a mistake that ripples out to the rest of my life.  The ripples turn into waves, left untended, and then they affect everyone around me, especially those closest to me.

This is not a way of saying my depression battle is over or that it wasn’t important.  I sought medical help, in fact, after realizing that diet and exercise and intense prayer weren’t going to make it go away.

But, on the other side of my sabbatical, I can see the peace I now feel as cloaked in something else: trust.

Sometimes, this day’s daily bread is the food on my table.  Other times, it’s the extra money that just happens to turn up when it’s needed.

This summer, I’ve found my daily bread in the prayers and the support I’ve received in one of the hardest struggles I’ve faced.

The sabbatical, as it turns out, was not about my book. It was about ME or maybe, more accurately, about discernment, about finding God’s will, about letting God provide my daily bread one day at a time.

On a related note:

Photo by PetitPlat by sk_

Finding Christ in the Wedding Details