Tis the Season for Photos

It was buried under a pile of papers on his desk, a treasure waiting to be shared. He was looking for something else, and when I walked by and saw the photo book I had made him for his birthday in 2006, I couldn’t resist. I took it to the couch and instantly had both girls beside me, eager to look at the pictures. 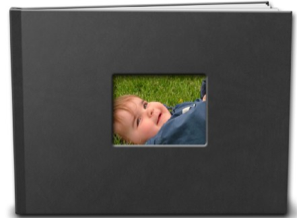 Things were a bit different in 2006: we had only one daughter, for one thing.

My three-year-old kept pointing to the pictures of her older sister, who was 18 months in the photos, and saying, “There’s me!”

This was simply too much for my three-year-old. She couldn’t fathom our life without her. (Neither can I, actually.)

We spent at least a half an hour poring over that old photo book. My five-year-old loved hearing about what was happening in each scene, and my three-year-old chimed in with her own narrations (always hilarious).

That photo book experience reminded me, yet again, of the many reasons I love Shutterfly.

I don’t know when I discovered Shutterfly, but I’ve been a happy cutomer of theirs for years. I used Shutterfly, early on, to share photos, order prints, and make cards of various kinds (Christmas cards, of course, but also announcements, invitations, and blank note cards which I use for thank you cards). 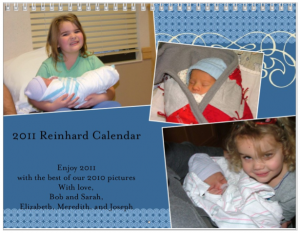 After my oldest daughter’s first year, I started a tradition that I’m now addicted to, that of the yearly calendar. There are family members who will hunt me down if they don’t get their calendar for Christmas. I’ve saved our copies, over the years, and the kids love looking back at the pictures. It has become a way of looking back and until I start scrapbooking again (if ever I do), these calendars are the way we look back on the pictures through the years.

I haven’t started our Christmas cards this year, but I will be doing them. I thought about not doing them, because of the new baby and all, but then decided I would do announcements and cards, but the Christmas cards would have to wait until after the baptism this weekend. (There will be some awesome photos from the baptism, and I have a yen for a good family picture on this year’s Christmas card.) That sounds like a lot of extra work, I suppose, and a lot of extra money, but I’ve done announcements for the other kids and, well, I just like sharing the good news…both of Christmas and of births. The new selection of Christmas cards Shutterfly has also has me debating. Should we do a folded card or stick with our traditional flat photo card? I don’t know yet, but I’m going to enjoy deciding!

I’ve watched Shutterfly grow over the years, but they have never lost the customer service touch or the quality of their products as they’ve gained popularity. Maybe that’s why I always find myself pushing them on people…not only is it a great product, but, from what I have experienced, also a great company.

Disclaimer: Yes, I wrote this post motivated by the offer of 50 free cards that Hallie mentioned a few days ago. But I would have raved about Shutterfly anyway. They are truly one of my favorite resources and one I highly recommend to everyone.

The Rosary, by Garry Wills 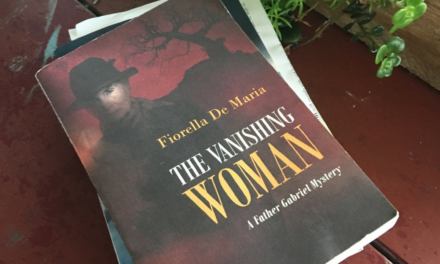 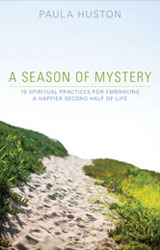 A Resource for Aging Faithfully 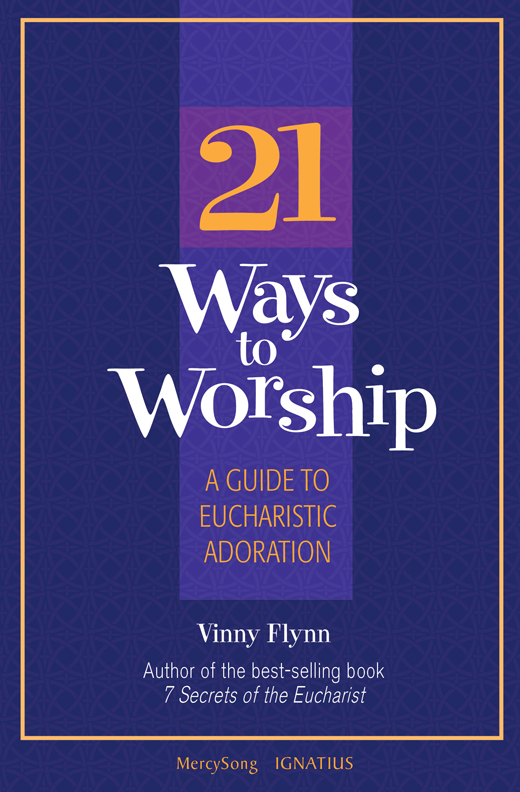 21 Ways to Worship (and then some)